Tech Focus: Immersive Sound, Part 1 — The Battle Between Speakers and Channels Rages On

The history of television audio is paradoxically coming full circle: with immersive sound looming, some home devices have a single transducer.

Stereo television sound entered the mainstream in fits and starts. NBC’s The Tonight Show Starring Johnny Carson was the first regularly scheduled programming to use stereo, in 1984, but, by 1987, the then-Big Three nets were largely in stereo, with fledgling Fox catching up in 1990. All four networks had their entire primetime schedules in stereo by late 1994 (although the caveat “where available” was liberally applied.) 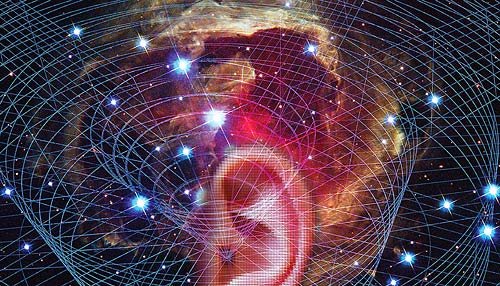 Getting a pair of stereo speakers into a television set wasn’t a major undertaking for most of stereo-audio broadcasting’s history. At a time when a Sony 32-in. Trinitron set weighed 165 lb., accommodating a couple of 4-in. transducers was fairly straightforward. However, when flat-screen televisions began to enter the market in force in 1998, speakers were among the first components to feel the pressure. By the time flat screens became ubiquitous, starting around 2005 as their prices fell more than 25% a year, audio was clearly on the defensive. It was stereo, but bandwidth and frequency response were increasingly limited by smaller speaker size.

Ironically, just as truncated transducers were fighting for space in new flat TVs, broadcast audio was gearing up to need more of them, with 5.1 surround becoming the new standard. The consumer-electronics industry produced an abundance of external speaker/subwoofer arrays, many designed for high-end home theaters. But even the more affordable home-theater-in-a-box versions of these saw limited uptake among most households.

Today, television is migrating to even smaller screens on mobile devices. And, following the tortured logic of the past, broadcast audio is now being aimed at immersive sound formats, which can require anywhere from eight to 22 speakers.

The consumer-electronics industry’s response to immersive audio at first was similar to its reaction to 5.1: external speaker arrays but with some of the speakers in the sets firing upward, in hopes of hitting an acoustically resonant ceiling that would mimic the response of an overhead speaker. Those systems found very limited acceptance in the marketplace and are being rapidly outpaced by soundbars, which appear to be the future of immersive sound for home television viewing — at least in homes where residents don’t constantly wear headphones. The category reached the $1 billion mark in sales in 2016 and continues to increase.

Soundbars initially were intended to provide a semblance of a 5.1 experience: using a combination of beam-steering, volume differentials, equalization, and phase shifting, they direct some of the audio around a room and deflect it off walls to create a virtual surround effect.

The next generation of soundbars is now taking on Atmos, DTS:X, Auro, MPEG-H, and other immersive formats. Some units create two overhead channels in a similar fashion to the way they still create the rear channels, for a 5.1.2 effect. Then there are top-line products like Yamaha’s YSP-5600 soundbar, which is loaded with more than 40 beam drivers, including 12 upward-firing drivers, to simulate a virtual 7.1.2 Atmos surround experience.

Fraunhofer IIS, which developed and markets the MPEG-H codec, is behind an MPEG-H–enabled immersive soundbar and audio/video receiver (AVR) design that, using Texas Instruments’ 66AK2G02 DSP + ARM System on Chip (SoC) on broadcast systems that have integrated MPEG-H (South Korea is the first), will give those users the ability to adjust the sound mix to suit their preferences, for example, by choosing between different commentators in a sports event.

The next generation of home-audio devices seems to underscore the odd pattern of divergence between speakers and channels: as the age of immersive sound looms, the trend in consumer electronics has been to home-assistant devices, such as Amazon’s Echo and Google’s Home, so-called “smart speakers” that, in some cases, literally have only a single transducer. And one of their many applications is to act as a satellite speaker for other devices — including televisions. So broadcast audio’s channel count continues to increase even as its array of playback devices seems to heading back to mono.