During an event in New York City yesterday, Fox Sports unveiled plans for unprecedented coverage of the 2018 FIFA World Cup, which it projects to be the largest production in the network’s 24-year history. Fox Sports will roll out 350 hours of World Cup programming during the month-long tournament, including more soccer matches on broadcast television than the last four World Cups combined. 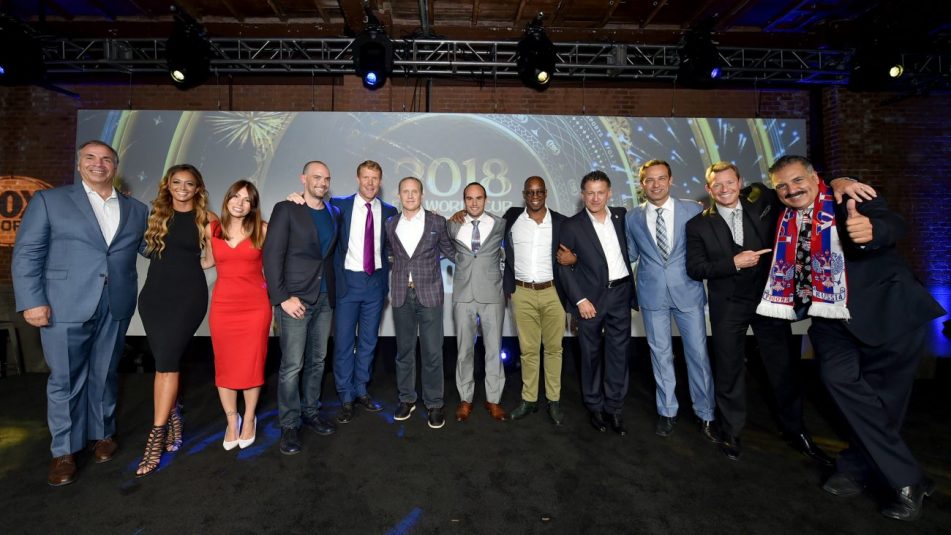 “Fox Sports is thrilled to present what will be the biggest global sporting event of 2018,” says Eric Shanks, president/executive producer, Fox Sports. “We will showcase the 2018 FIFA World Cup Russia as an international cultural moment unlike ever before in U.S. television history.”

“We have been working around the clock to create an unmatched experience for viewers for next summer’s biggest stage, the 2018 FIFA World Cup,” says David Neal, executive producer, FIFA World Cup on Fox/VP, production, Fox Sports. “Fox Sports will dedicate endless resources to produce top-tier storytelling that will long be remembered.”

Fox also said its coverage will feature virtual-reality content and “the latest technological advances in the industry” — although specifics were not provided. In addition, Fox’s digital content will feature 15 original series on Fox Sports GO app.