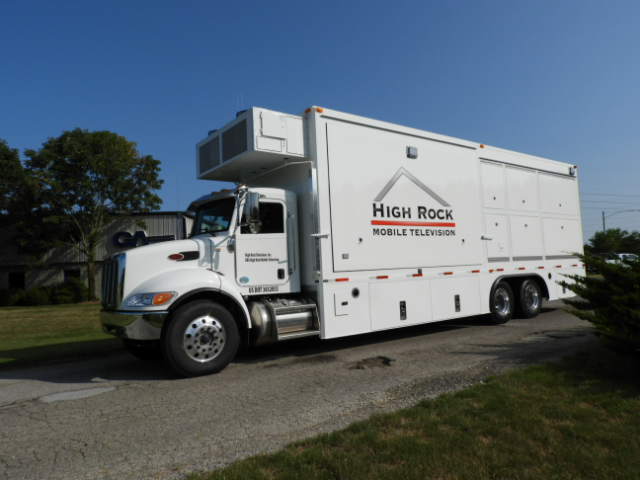 “We looked at is as an opportunity,” says producer/director Jim Carr. “With the kind of money that we were spending every year in the rental market, we could take that money and put towards our own vehicle that was built for our programs [and] also would be available for others to rent. I think it’s a very complete package for a truck of this size. It’s got all the equipment that a lot of the bigger trucks would have — just in a smaller footprint, which we think will help us out in locations like New York City and in same-day set/shoot shows. We can set this thing up pretty quickly.” 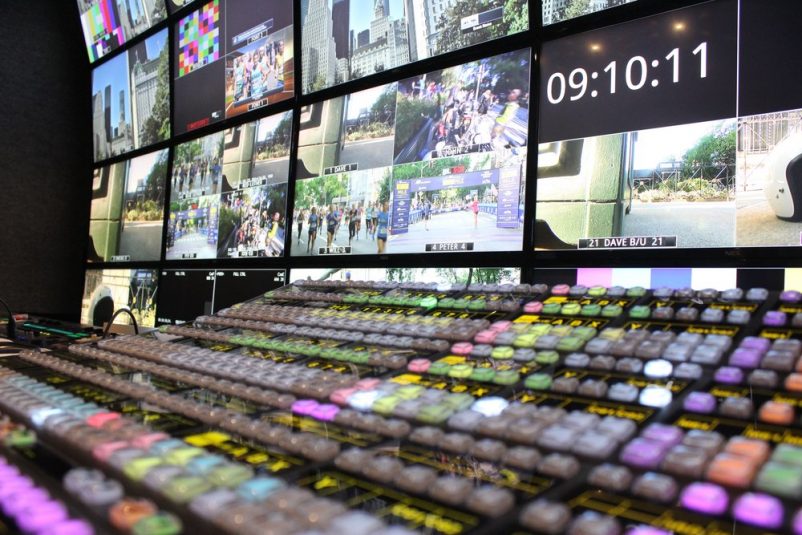 “We configured the truck to work with anywhere from six to 12 cameras pretty easily,” explains Carr. “Then, we integrated 32 frame syncs, which really helps us when we do events like horse races, where we take a lot of split feeds in from the race-track coverage. We may have eight to 10 cameras that we’re doing [from the truck], but then we’re adding anywhere from 15 to 20 cameras from a venue.” 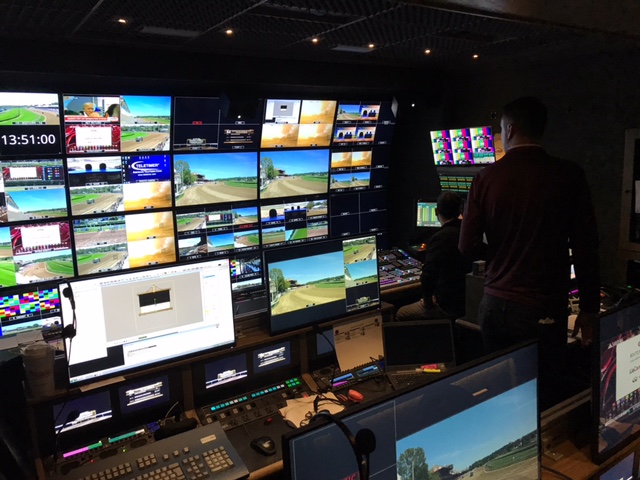 In addition to horseracing coverage, High Rock 1 has found success with track-and-field events — notably, NBC Sports’ coverage of the famed 5th Avenue Mile on Sept. 10. According to High Rock Mobile Television, High Rock 1 was designed for all levels of production and with similar specs as traditional 53-ft. production truck, just in a smaller footprint.

With a wide variety of events comes a wide variety of freelancers, and High Rock Mobile Television wanted to ensure that the equipment found in High Rock 1 would be familiar to personnel used to operating out of a 53-ft. truck. Selecting gear like the Grass Valley switcher, EVS XT3 servers, and Sony cameras will also come in handy if High Rock 1 works a larger event and needs to integrate with the facilities of a larger unit.

Currently, High Rock 1 is based in Upstate New York — conveniently, a few hours from cities like New York, Boston, Albany, and Montreal — but the team behind the truck sees the possibility for travel outside the Northeast U.S., depending on what productions make sense for the truck. For now, executives at Carr-Hughes Productions — now considered a sister company to High Rock Mobile TV — are excited to have at their disposal a truck designed for their needs.

“A big headache for us when we’d go in and do a series of shows was having a different truck every week: a different set of engineers, a different layout, different equipment. It really made it difficult sometimes to have consistency,” says Carr. “One thing we’re looking forward to is having a consistency with this truck: to be able to know this is how we had the router set up, this is how the monitor wall was set up. I think it’ll make our labor and our setup days go a lot easier. That’s a big thing for us.”