Turner Sports’ postseason coverage of the National League takes the hill on Wednesday when the Colorado Rockies and Arizona Diamondbacks play the Wild Card game to determine who plays the Los Angeles Dodgers. The series between the Chicago Cubs and the Washington Nationals starts on Friday. And, for all the action, Turner Sports will make sure that fans of all types hear the broadcasts on TBS from a new perspective, thanks to enhanced audio for the NLCS beginning Oct. 13. 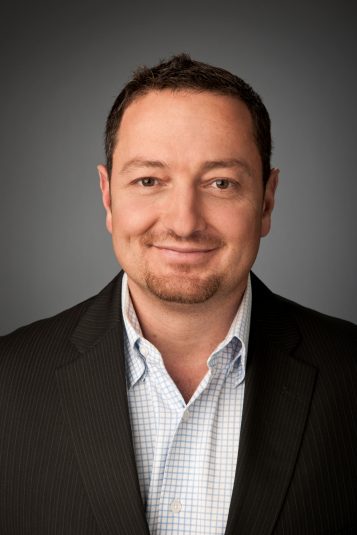 Turner Sports’ Steve Fiorello: “We want to enhance the natural audio and all of those great sounds.”

“Our overall approach to the playoffs caters not only to the hard-core fan but to the casual fan as well,” notes Steve Fiorello, coordinating producer, Turner Sports. “We are rolling out some new technology, like having microphones that are embedded in the field during the NLCS, bolstering coverage with additional super-slo-mo cameras, and adding cameras to give more-definitive angles for things like whether a ball was fair or foul.”

Turner Sports will rely on NEP for its production facilities: a mix of SS18, TS2, SS25, and Chromium will be deployed at the four sites of the Division Series games. The National League Championship Series will call SS25 and ND7 home.

In terms of cameras, the Wild Card and Division Series will have between 21 and 25 cameras, depending on the ballpark. For the NLCS, the number could jump to 27 or 29. But it is the microphones that are the big story.

“We’re super excited about the mics in the field,” says Fiorello. “It ties into our overall message when we do a broadcast: how do we bring the fans closer to the field and the action?”

Traditionally, on-the-field miking has relied on microphones in the bases or in the wall. Turner Sports will use a 12-microphone package comprising Quantum QT5100 Aquamic wireless microphones rented from Bexel. One microphone will be placed in front of and behind the pitcher’s mound; four will be in front of home plate and two behind it; and mics will be installed along the first- and third-base sides and about 15 ft. in the outfield behind the shortstop and second baseman.

“We worked closely with the ballparks and Major League Baseball to install them in the grass,” says Fiorello.

A second submix area will be used to focus on getting the most out of those microphones without airing strategic conversations.

“We want to enhance the natural audio and all of those great sounds,” adds Fiorello. “MLB has been amazing through this process. They get it and understand our production needs. Even the ballparks helped us embed the microphones in the field.”

“The only thing that sticks out is the antenna, and it is no higher than a blade of grass,” Fiorello points out. “In fact, the audio people are afraid they will lose them, so, when they installed them, we had to mark the grass around them just a little bit. They are nothing but a sliver in the sod.”

The battery life, he adds, is sensational, and, more important, they can be turned on and off remotely so that, during a rain delay, they don’t consume battery power.

“At the end of the day, the objective is to tell the story presented to us on the field,” he adds. “And then we want to enhance the storyline with new technology that helps us present it in a different way.”