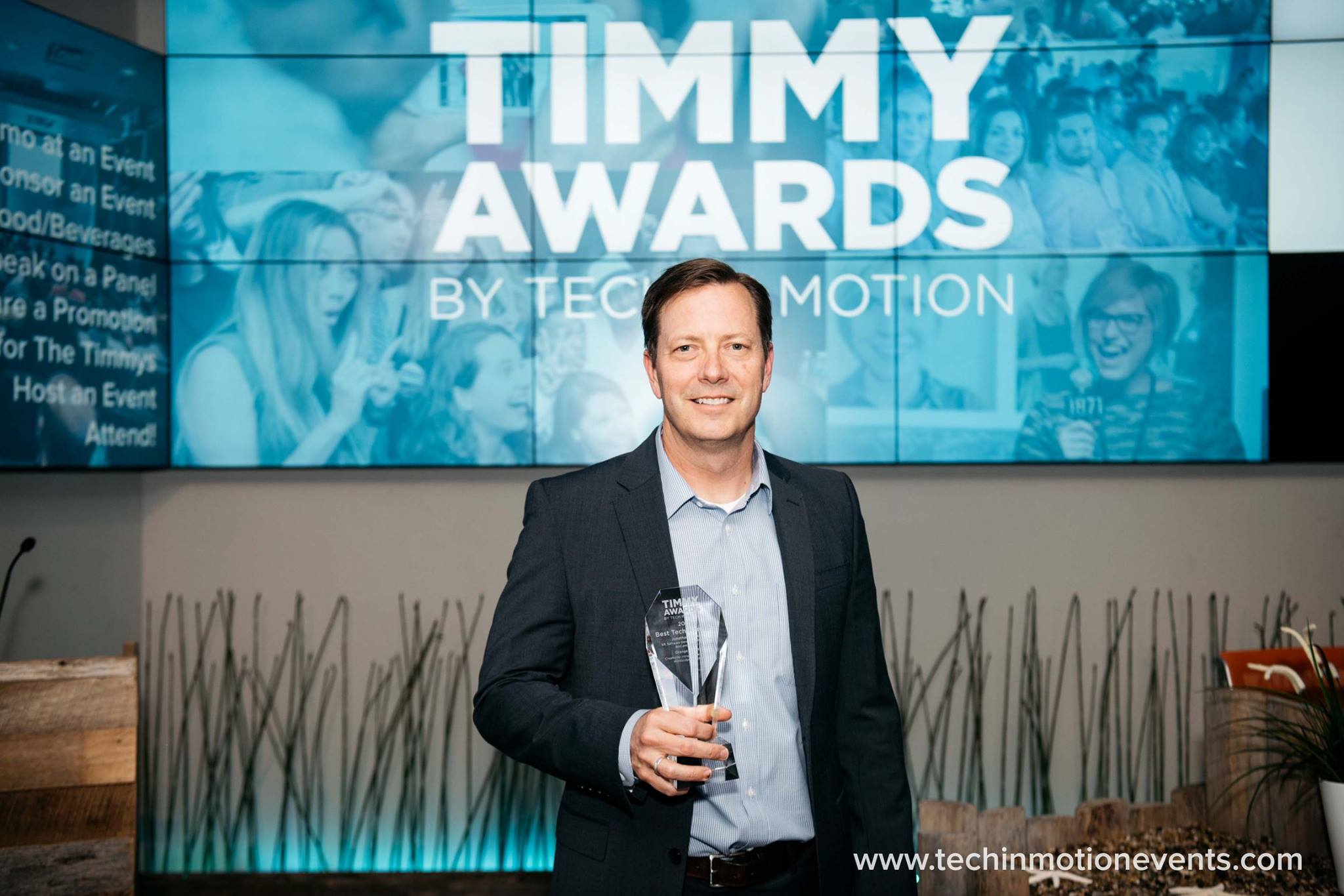 The tech community and an expert panel chose Jon Clarke from a notable finalist list including managers from Roadtrip Nation, Payoff and NebulaWorks, as well as runner-up Doug PfIffner from Numecent. Tech in Motion recognized Jon Clarke’s work at Bitcentral in front of more than 200 local technology influencers.

“We were excited to award Jon Clarke 2017 Best Tech Manager at the Orange County Timmys,” says Mandy Walker, Director of Marketing at Tech in Motion and Motion Recruitment Partners. “Since launching the Timmy Awards in 2015, we’ve been bringing the community together to celebrate leaders that go above and beyond to build the most encouraging work environments for tech professionals. Our congratulations to Jonathan Clarke for inspiring those around him by doing just that.”

The 2017 Orange County Timmy Awards recognized winners across four award categories to bring the spotlight onto the diversity and growth of the city, highlighting local tech startups, workplace diversity, management as well as work culture.

The Timmys are presented every year in tech hub cities across North America, including Boston, San Francisco and Toronto. A list of 2017 Orange County winners and finalists is available here. Previous winners have included innovators such as Jet.com, LearnVest, Venmo, Trip Advisor, Gilt, Constant Contact, Casper, and Instacart.