With the puck set to drop on a new NHL season, BAMTECH Media is rolling out a new suite of digital platforms for the league’s out-of-market streaming service NHL.tv, including expanding the availability of 60-fps (frames-per-second) streaming to more devices. 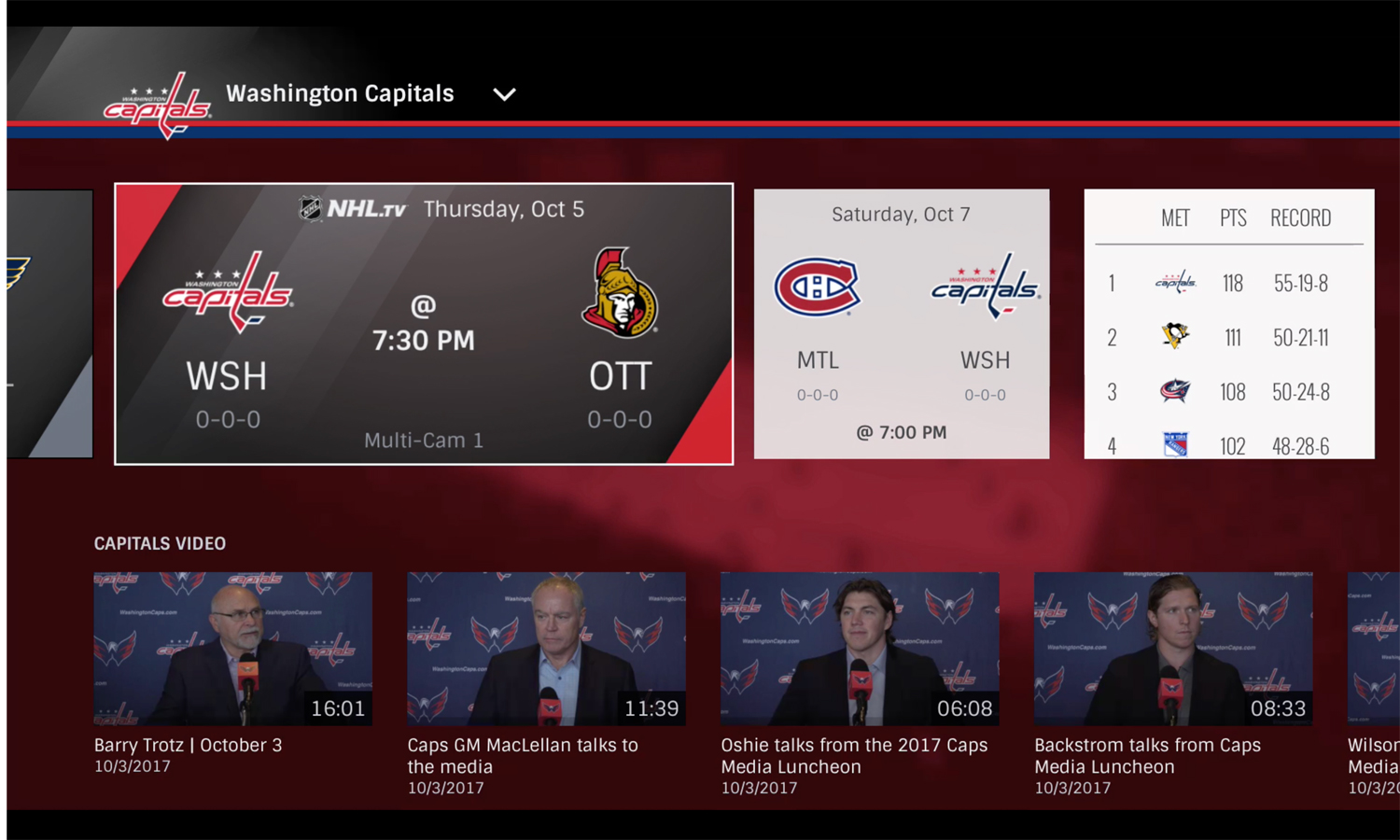 New this year to NHL.tv on TV apps and streaming devices is the ability to customize team content.

Both live and on-demand video content will be available in 60 fps on selected mobile phones, tablets, and television streaming devices. New features for the 2107-18 season include DVR functionality on live and archived games, and exclusive content, including game previews for iOS devices.

For television apps, new features are available currently on Apple TV and PlayStation; Roku and XBox One are slated to launch soon. For the first time, these devices will allow team customization.

The NHL mobile app returns with all the usual features: live scores and stats, live-ticking game and power-play clocks, video highlights, customized alerts, breaking news. This year, however, it will also offer integration with Ticketmaster, allowing fans to view, resell, and share tickets directly through the app.