At the 2017 NAB Show New York, IHSE will introduce the new Draco ultra 492 Series of Cat-X and fiber extenders for DVI-D, USB, audio, and RS-232. The 492 series, which includes dual-head and dual-link models, uses the innovative Lightweight Image (Lici) codec, developed in cooperation with the Fraunhofer Institute for Integrated Circuits. This coding technology ensures high image quality at the highest video resolutions with outstanding color accuracy. 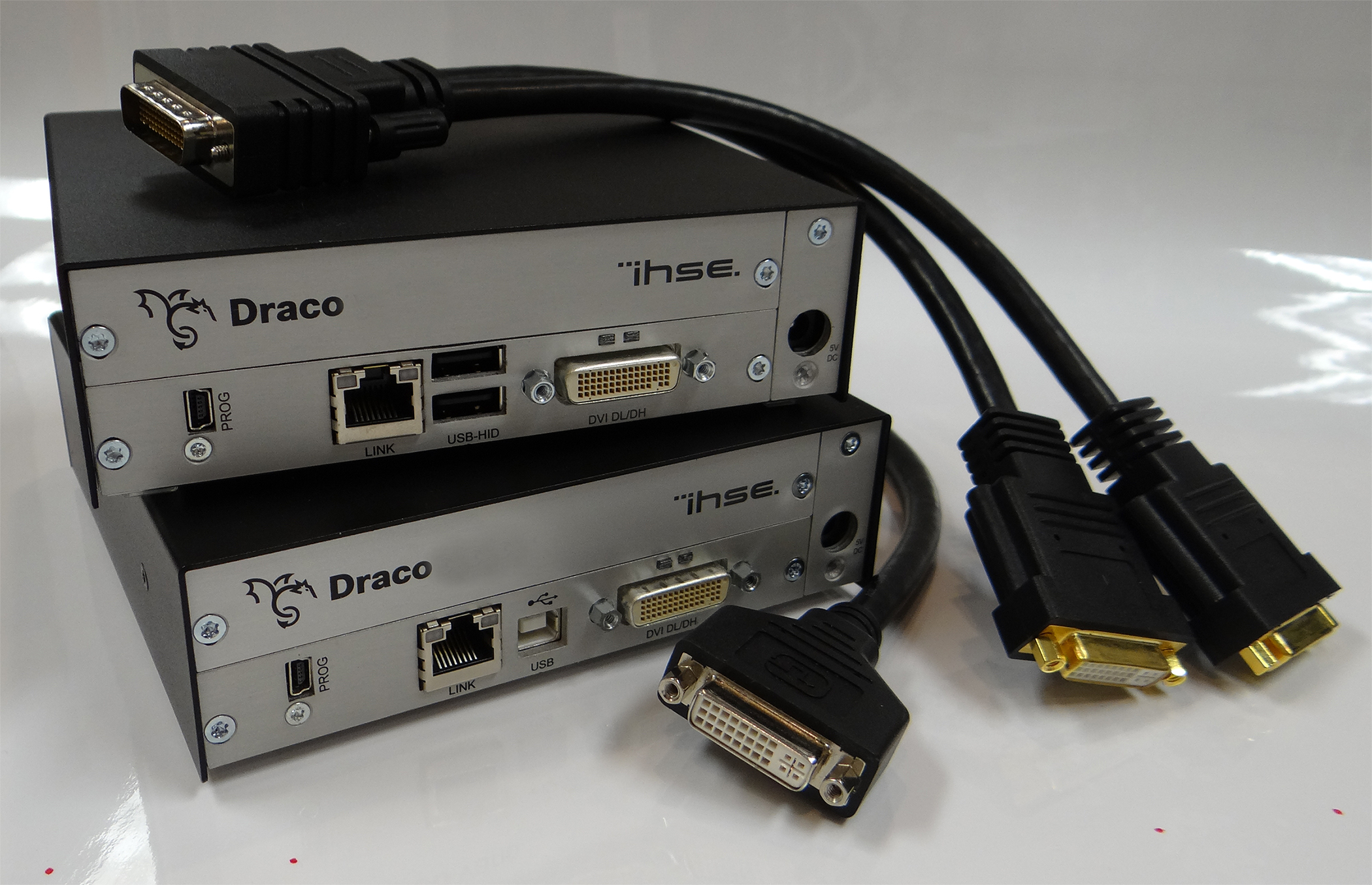 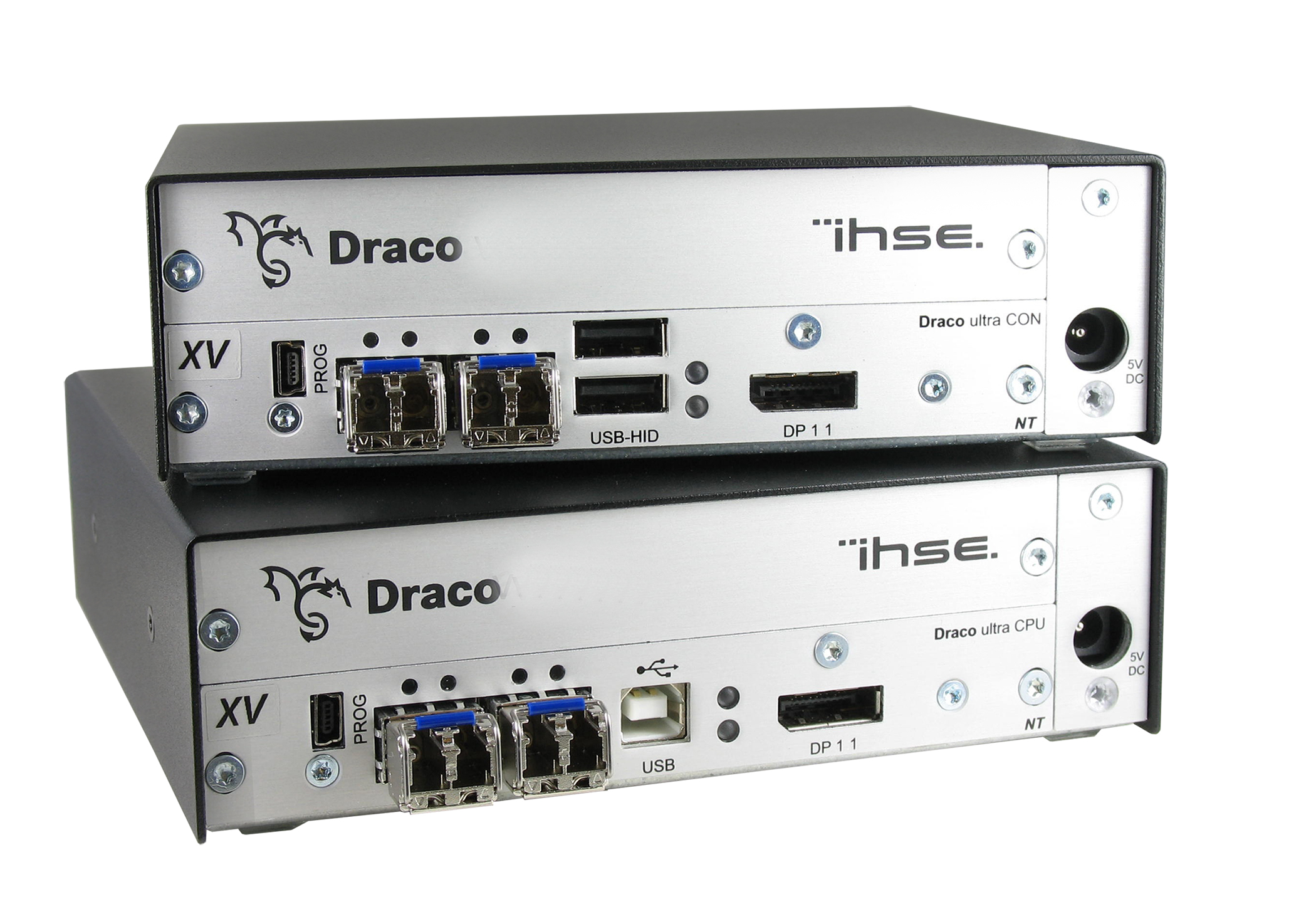 The 2017 NAB Show New York will mark the debut of IHSE’s Draco ultra 493 Series DisplayPort extenders, which enable CPU operation from a remotely located workstation (including a DisplayPort 1.1 monitor, a keyboard, and a pointing device) over a single fiber connection. 493 Series extenders support the transfer of fully digital video in 4K resolutions up to 4096 x 2160 and 3840 x 2160 at a real 30 hertz refresh rate and full color depth (24-bit, 4:4:4), as well as audio transmission via the DisplayPort interface. It is also possible to integrate optional Draco vario upgrade modules for digital audio input and output, as well as data signals such as USB 2.0 and RS232. 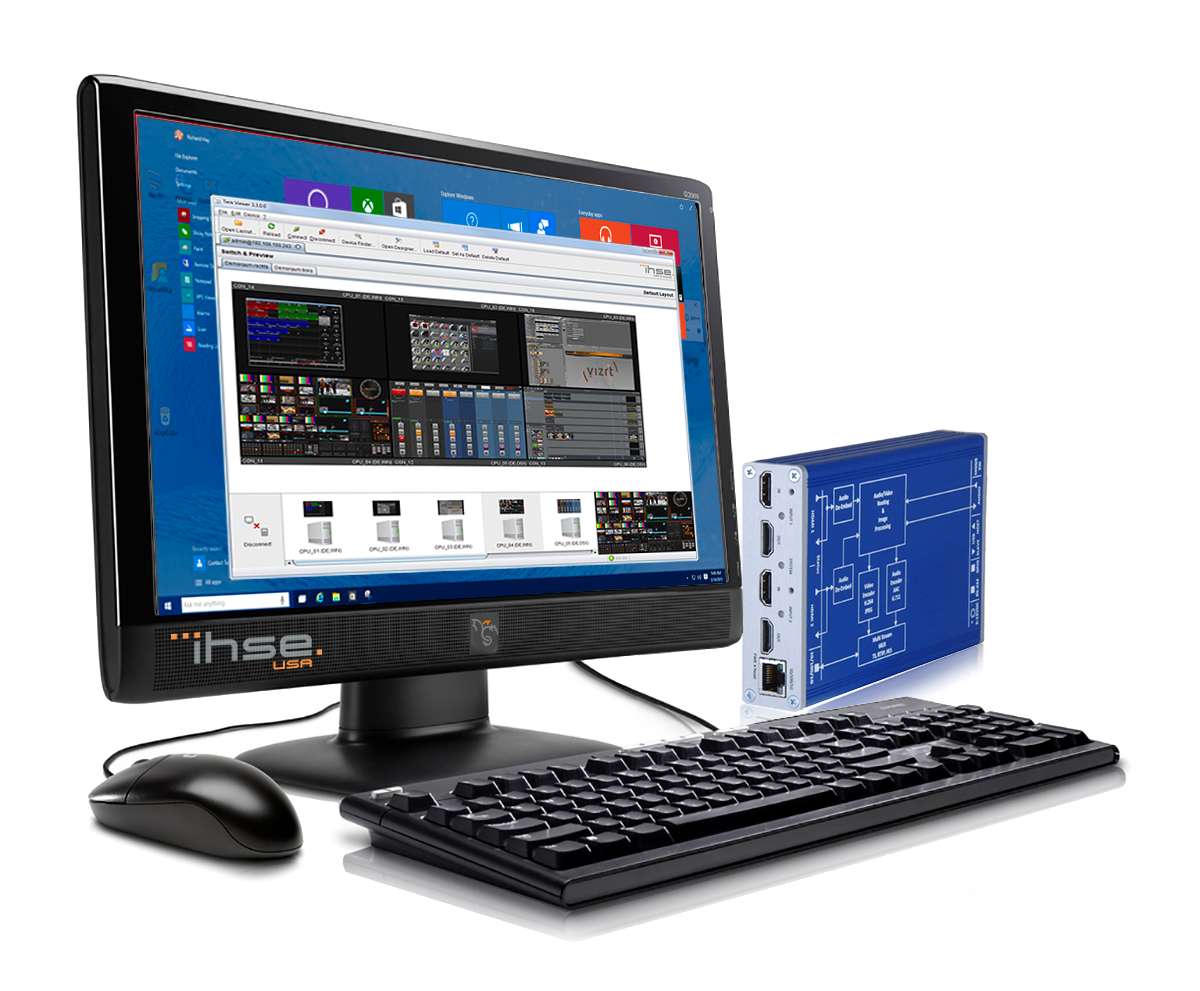 will present the latest enhancement to the Draco tera tool, IHSE’s powerful Java-based software for configuring, controlling, updating, and maintaining a Draco tera KVM matrix switch system. The switch-and-preview function enables user-friendly monitoring of all connected video sources and manages the interconnection of computers and consoles, regardless of location, through an IP connection.

An integrated signal-conversion function uses IHSE’s flex-port technology to switch SDI sources from the CPU to any other extender connected to the matrix in the digital video domain, including DVI, HDMI, and DisplayPort. Likewise, the extender can switch any of the DVI, HDMI, or DisplayPort CPU units to the SDI CON unit. This capability allows users to view content on a wide range of monitors without needing dedicated SDI displays and extra cables for SDI extension.

Optional dual ports are available on both the CON and CPU for connecting the units to the matrix switch in various combinations. This capability enables an uninterrupted connection during maintenance, a backup system in fully redundant or missional-critical environments, or the ability to share CPU sources between multiple KVM systems.