Hogarth Worldwide, a fast-growing global marketing implementation agency, has enhanced its Quantum StorNext-powered storage environment with an Xcellis workflow storage system, including QXS high-performance disk. Providing independent performance and capacity scaling — as well as low-cost, long-term content preservation — the end-to-end storage solution has enabled Hogarth to maintain a highly efficient and collaborative production operation as its business continues to grow around the world.

Remarkable Growth Demands Swift Scalability
Working closely with ad departments in major corporations and with creative agencies, Hogarth produces advertising and other marketing communications content across all media and all languages. The agency relies on StorNext to support efficient delivery of high-quality services including broadcast, print and digital production, postproduction, CGI and language localization. 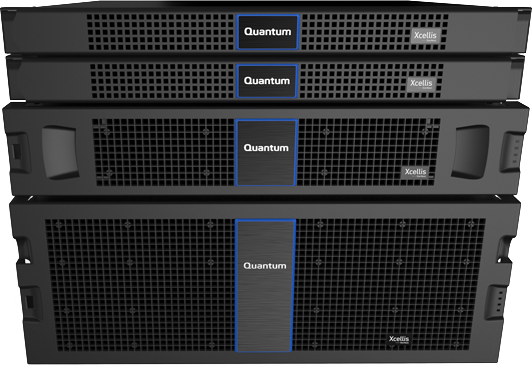 “One constant since Hogarth’s early days has been Quantum’s StorNext,” says Nick Wood, production systems manager at Hogarth. “We started converting Xsan environments to StorNext very early to take advantage of its flexibility, performance and scale, and it enabled our teams to collaborate on projects while working on any platform — Mac, Linux or Windows. Today, 12 of our offices already have full StorNext environments installed.

“With StorNext, we know we can quickly add disk capacity for an office if the workload sees a surge, and we can expand the system almost instantaneously to add more workstations. We’ve had to do that — expand from five or six workstations to 40 for a big project — and StorNext makes it easy.”

While Hogarth’s technical infrastructure and workflow have helped it to become one of the world’s top postproduction houses, rapid growth — a doubling of its staff in the past year — and the frequent need to scale up quickly to handle increasingly data-intensive projects necessitated an expansion of its StorNext foundation.

The new Xcellis system not only allows the agency to scale performance and capacity independently but also supports use of network-attached storage (NAS) as part of the storage pool. The actual transition to Xcellis took just a couple of hours, with no impact on the work or experience of Hogarth’s production teams.

Within the StorNext environment, Hogarth has been able to leverage its existing investments across Mac, Linux and Windows platforms while taking advantage of multiple storage tiers to optimize its use and expansion of both storage performance and capacity. StorNext’s industry-leading streaming performance enables the agency to maintain a highly efficient, collaborative workflow with shorter design cycles.

“We are a real workflow company, and StorNext provides the most flexible, powerful end-to-end workflow system available anywhere,” says Wood. “There is no way we could have done what we have without it.”