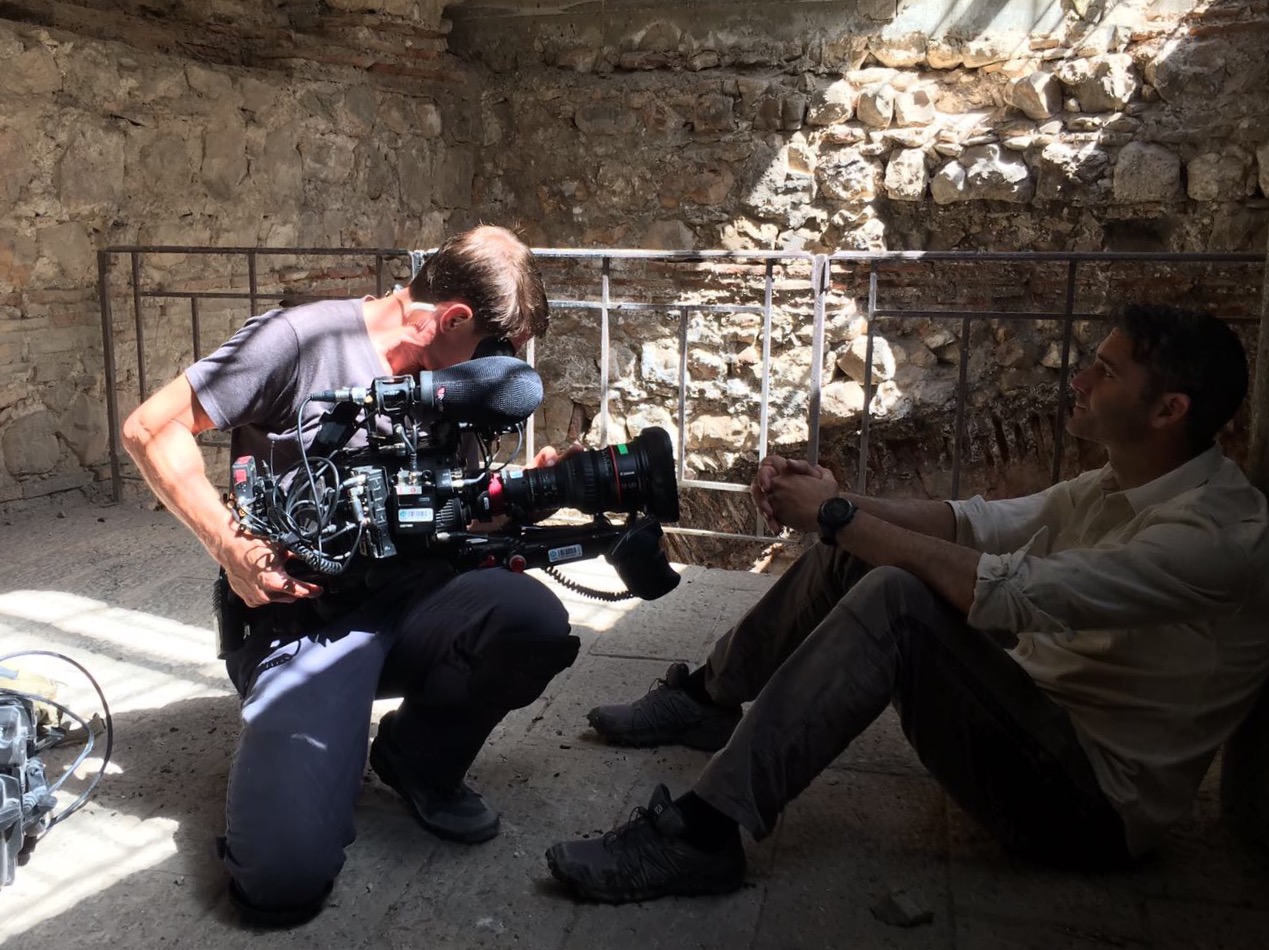 The series is hosted by biologist Rob Nelson and geophysicist Stefan Burns, who use technology—LIDAR, ground-penetrating radar and 3D imaging—and research to shed new light on famous subterranean mysteries. The upcoming season will take viewers around the world on Indiana Jones-like adventures, as Nelson and Burns search for the infamous “Nazi gold train” amidst underground tunnels in Poland, travel to Italy’s Etna and Vesuvius volcanos to assess when they might next erupt, and venture to Israel to investigate King Solomon’s fabled mines and Jerusalem’s missing temple treasures, among other journeys.

Isaac Mathes, visual director at Lucky 8 and director of photography on Secrets of the Underground, says two of the company’s six VariCam LTs are assigned as A and B cameras on the series. Mathes operates one of the LTs alongside camera operator Benjamin Sidoti, with most of the camerawork executed handheld.

“Our primary locations are caves, tunnels, caverns, cisterns—if it’s underground, we’ve probably been there,” says Mathes. “What characterizes all these sites is that there’s not much light, so the LT’s native ISO5000 was the deciding factor in switching up cameras this season. Now we have the option to either shoot at ISO5000, or stay at ISO800 and seamlessly dial up to ISO2500.

“We’re able to shoot underground scenes lit solely by subjects’ flashlights or chinks in a wall, rarely deploying the battery-operated LED lights that we needed throughout season one,” he adds.

Mathes characterizes Secrets of the Underground as a run-and-gun non-fiction series where travelogue meets science. “We’re working on a tight schedule (eight one-hours episodes are being shot in roughly 12 weeks), and we’re being challenged to work quickly in sensitive locations,” he says. “We don’t want to disturb the ground, but we want to keep shooting, regardless of conditions. With the LTs, we’re able to work with available and natural light, and the camera’s small footprint allows us to be very agile. We’re seeing beautiful results.”

Mathes said that the VariCam LT’s “overall rugged build” withstood conditions, ranging from 114 degrees in the Israeli desert to extreme cold at the top of Mt. Etna, and to consistent wet terrain underground. “The LTs never malfunctioned—a real confidence-builder for a DP.”

“Overall, the camcorder has proven to be ideal for the sensitive access-driven material that Lucky 8 specializes in.”