How do you compose and record an entire album from scratch in just 77 hours? And interact with 1.4 people at the same time? This is the question jazz musician Esperanza Spalding wanted to answer for her millions of fans by live streaming the entire process on Facebook Live. The live stream production was organized by the Norway-based music platform and format, Oiid, using a single operator on Vizrt’s “magic box” Viz Opus. 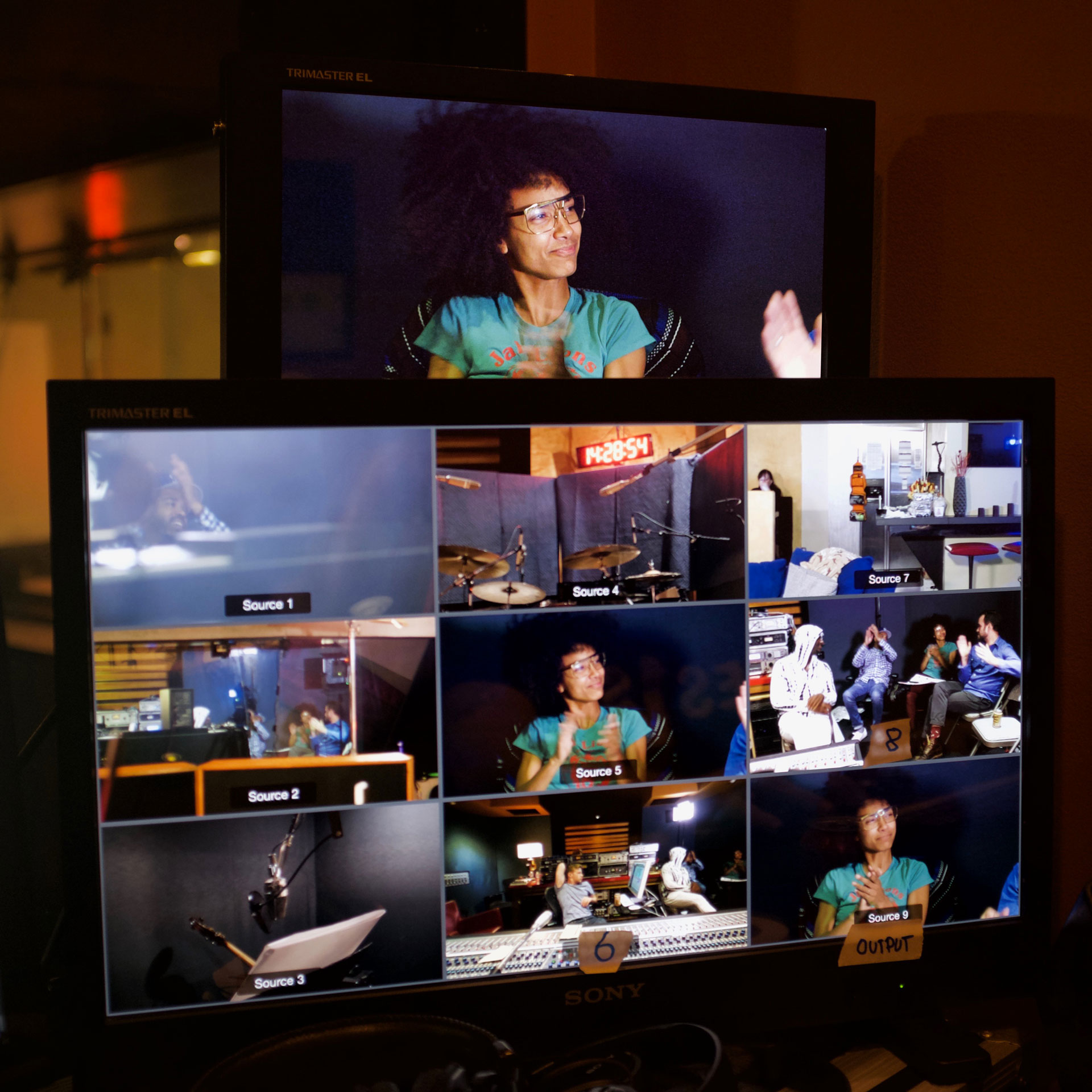 Reaching music fans on Facebook Live
Esperanza Spalding is a Grammy Award-winning American jazz bassist, singer and composer. On top of that, she is also a Harvard professor. In early August 2017, Spalding challenged Oiid to produce a simple Facebook Live production for the composing and recording of her new album, Exposure. She wanted to bring the whole music-making process to her fans so they could be with her every step of the way.

The original concept was for a simple live stream, but Oiid is part of Media City Bergen and the Norwegian Media Cluster, as is Vizrt. Six weeks before the Facebook Live stream was scheduled to begin, Oiid personnel approached Vizrt who provided Viz Opus, Vizrt’s compact control room system.

TV 2 Norway documentary filmmaker Robert Reinlund and director Pål S. Schaathun, were the primary production team brought from Norway to organize and execute the live production. “We only had six weeks to build the system in Norway and get it to LA in time for the live stream,” said Robert Reinlund. “I literally carried the hard drive of the system configured in Norway in my pocket on the plane to LA. Once there, Pål put the system together with just hours to spare.”

September 12, 2017 at 9 a.m. PST, Spalding began her live stream and started the process of composing and recording the Exposure album. 77 hours later, the album was finished, champagne was poured, and more than 1.4 million viewers had watched the live production. 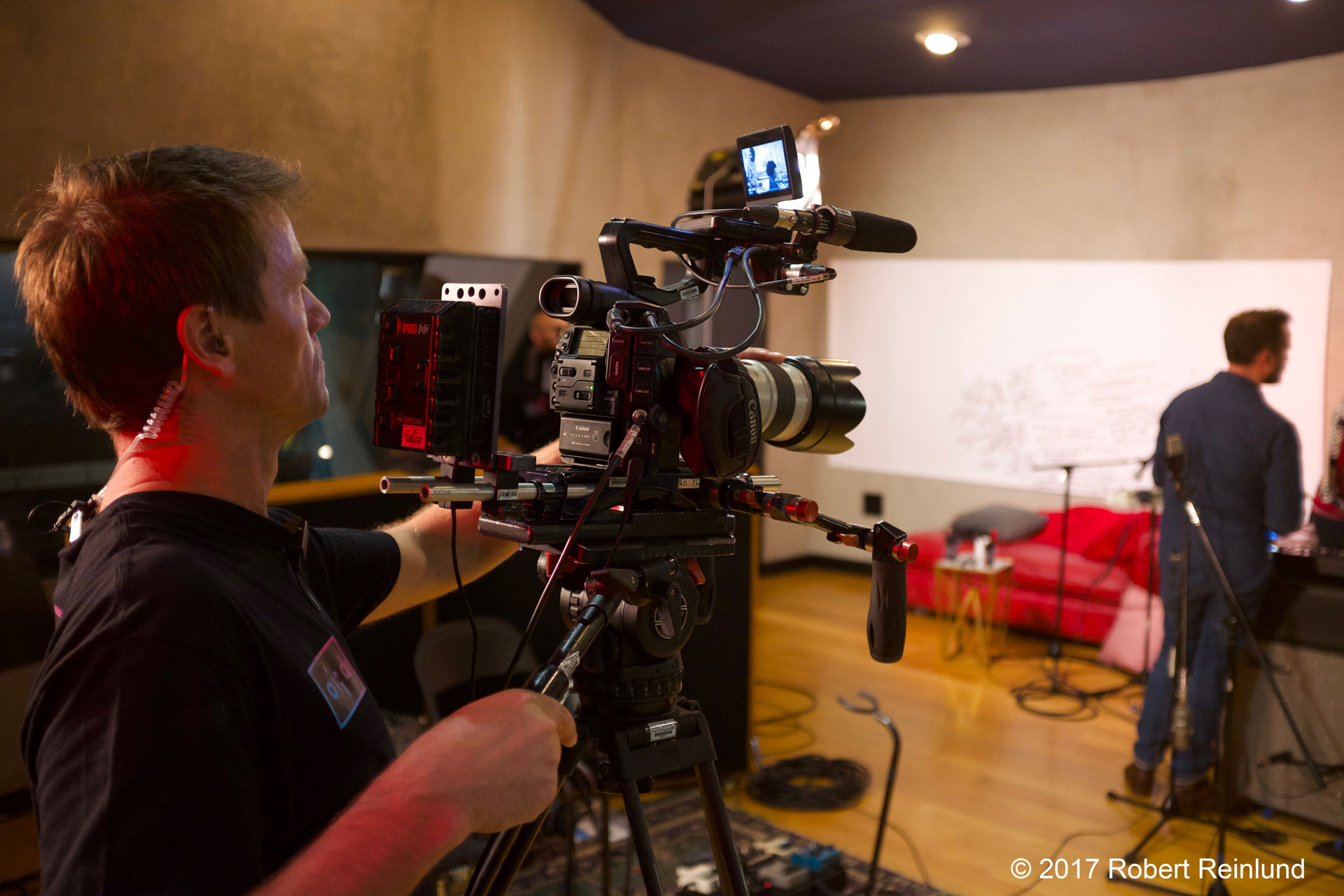 The “magic box”
Viz Opus is Vizrt’s answer to the need of media companies to have a very efficient way of producing live content for secondary channels and live streams. The single “magic box” system includes 8 video inputs, a small media asset management system, template-based graphics and an automation system for controlling the entire production. The output is both SDI and any flavor of IP-stream.

Viz Opus ships with a customizable graphics package and a series of templates. For Esperanza Spalding’s live production, those graphics were slightly modified to change the color and add the Oiid and Vizrt logos.

“The set-up was incredibly simple,” says Eduardo Mancz, VP Sales for Vizrt Americas. “A standard Viz Opus system was delivered to the recording studio in Los Angeles. The hardware was a single HP workstation with an NVIDIA M6000 graphics card and Matrox XMIO 3 video card. An identical system was in Norway and our team there made the needed configuration changes, including graphics. The production system was setup with less than a day of work.”

77 hours of live production
The challenge of going live for 77 hours meant that the live productions tools would have to be running continuously with no down-time. Four Panasonic GH4 and GH5s were mounted in the recording studio and control room with (mostly) static shots. During the day, a team of camera operators manned four handheld SDI cameras that were used in the recording studio. A Viz Opus operator live switched between cameras and added graphics, while another operator monitored audio levels coming from the studio, microphones worn by Spalding, guest musicians and the sound engineer.

Nights were a different challenge. The studio was in constant use 24-hours a day and the live stream continued throughout that time. When the Oiid team was not in the recording studio, Viz Opus was set to auto switch between cameras, double-boxes and quad-boxes. The auto feature allowed a continuous live production while other musicians arrived and used the space to rehearse and record.

“Viz Opus gave us the ability to add a cinematic style to the live stream, something never seen before in a Facebook Live format. We had templates made as well as some nice transitions that made this production stand apart and shine. Viz Opus worked brilliantly for what we asked it to do,” addsReinlund.

Success by the numbers
The live production was a success by all metrics including the album selling out all 7777 copies before the recording had finished. On Facebook, the live stream reached 3,273,228 people with 1,422,325 video views. 4,094,608 minutes of the live stream were watched with 397,521 reactions, comments and shares.

“If this were a show on television, the amount of viewers the live stream received would have been considered a success. To receive this number of viewers on a Facebook Live stream shows the power of social media as the next big live video platform. Media companies need the tools to create engaging high-quality content for online productions and Vizrt has proven that Viz Opus is the perfect solution,” adds Petter Ole Jakobsen, Vizrt CTO.