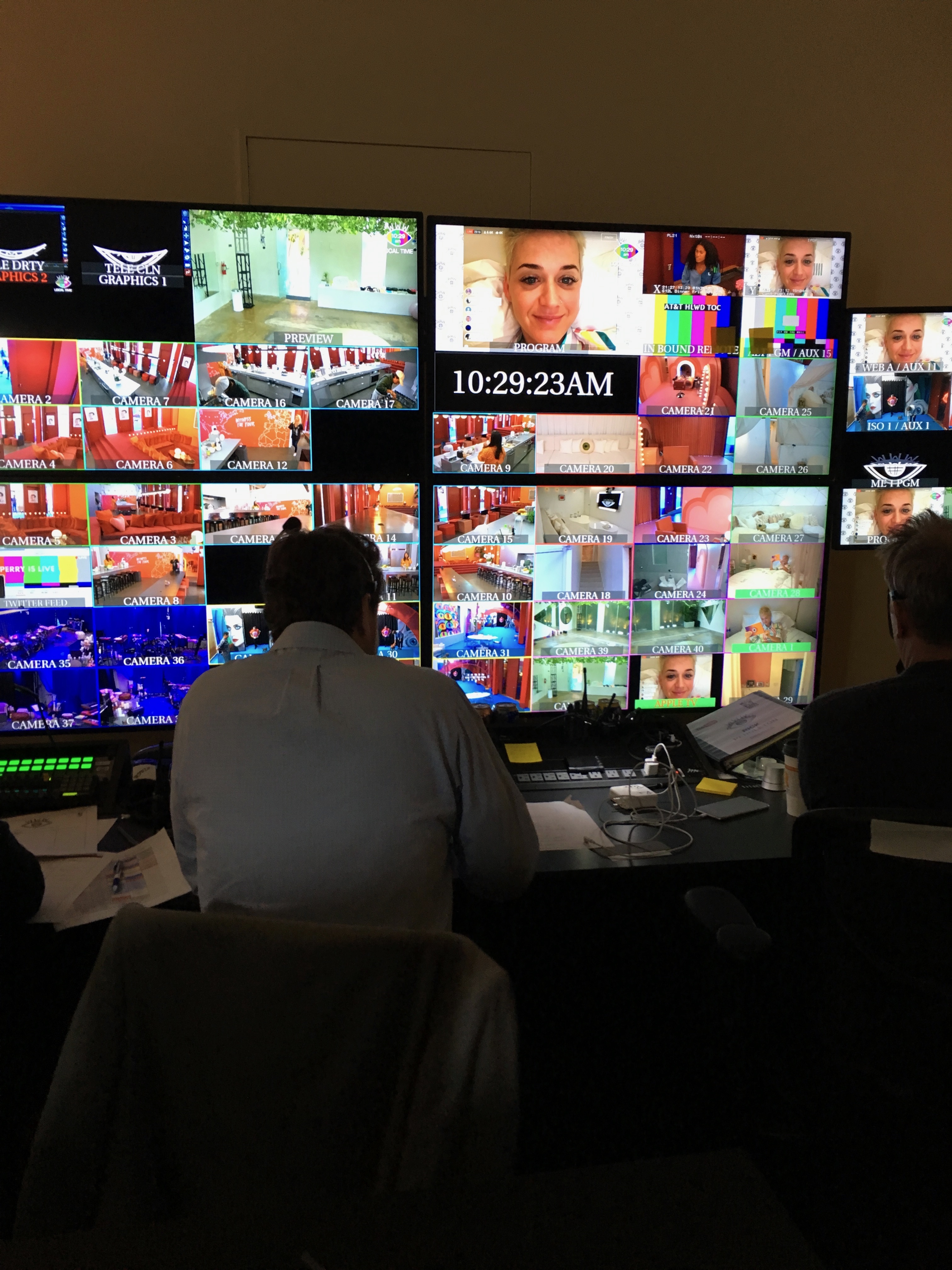 “Nothing like ‘Witness World Wide’ had ever been done before, with its various live entertainment elements and 96-hour continuous duration for live streaming. We had to overcome some daunting challenges to make it happen,” says Jeff Anderson, executive in charge at FOTW. “With its expertise in live production and deep experience with multicamera robotic setups for many other high-profile unscripted shows, Bexel was the perfect partner.”

For four straight days, Perry was holed up in an apartment in the historic Kim Sing Theatre in downtown Los Angeles, where PTZ robotic cameras captured her every waking and sleeping move, as well as the comings and goings of friends and guest celebrities. Streamed live on YouTube, the event eventually drew in 49 million views.

Unlike unscripted productions that are done in a fixed studio with an established and familiar infrastructure, “Witness World Wide” took place in a temporary, remote location — requiring the Bexel and FOTW teams to install cabling, equipment, and every other technical aspect of live production. And, even more challenging, they had to pull it off in an extremely limited six-week timeframe, all the while under the cloak of secrecy.

At the Kim Sing Theatre, Bexel constructed a full 1920 x 1080p multisource control room and a comprehensive fiber infrastructure to support 40-plus Panasonic AW-HE 130 HD robotic cameras installed throughout Perry’s living quarters. With space being limited, two additional trailers were placed on the street outside the venue to house the technical backbone and technical operations positions for editing and playback. 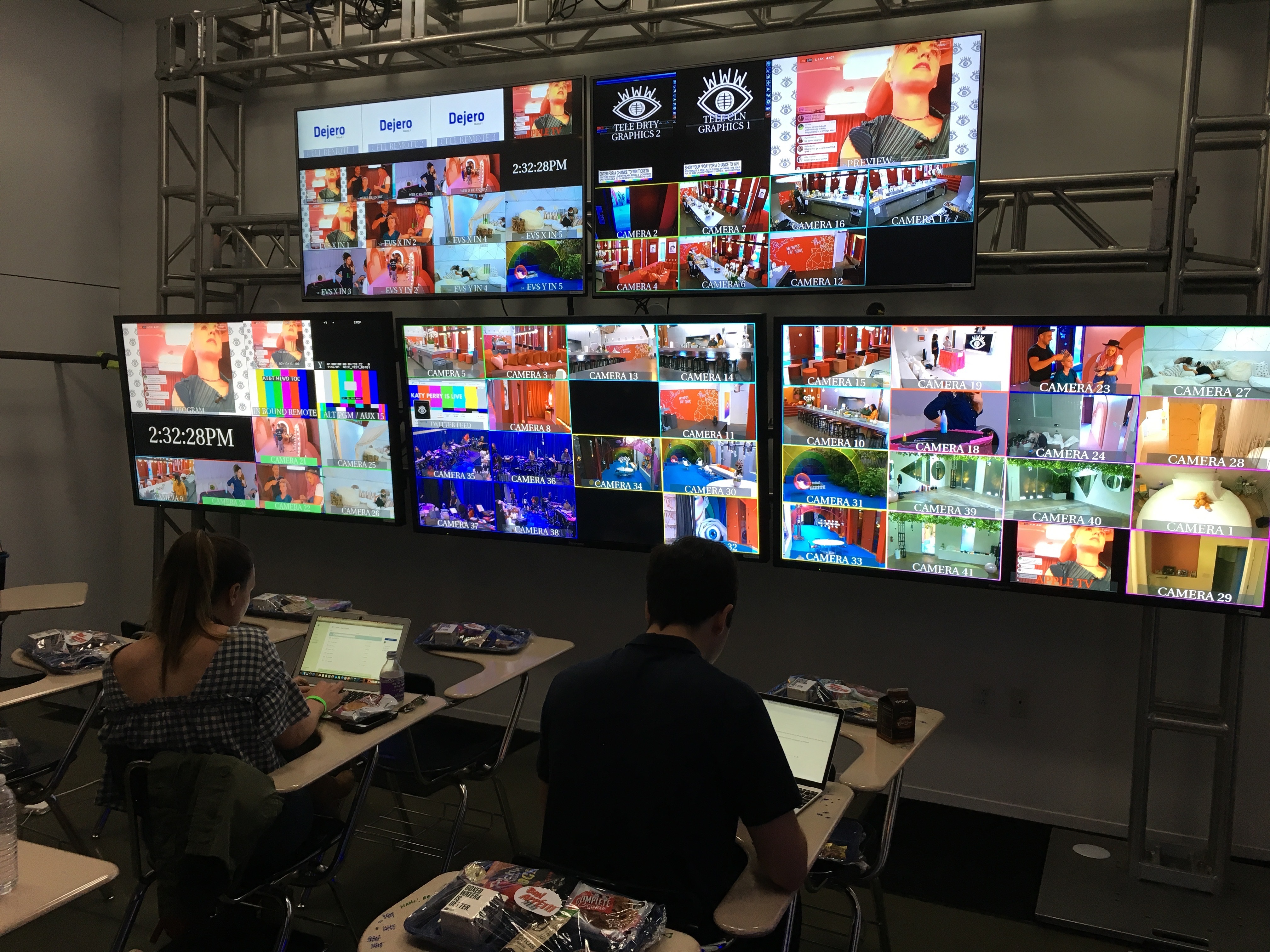 The live video was ingested directly into the Avid online editing system to enable operators to create video-on-demand clips for posting to YouTube and other promotional activities. In addition, Bexel provided 4K acquisition gear, including Sony FS7 camera packages, that allowed camera and audio crews to shadow Perry throughout the event. The resulting footage was used to produce a 90-minute 4K behind-the-scenes special titled “Will You Be My Witness?” and presented on YouTube Red on Oct. 4.

On June 12, Perry marked the close of the live stream — and also marked the official release of “Witness” — when she traveled to a nearby high school to present a free concert. With Dejero bonded cellular transmitters supplied and operated by Bexel, FOTW was able to maintain the live feed and continue streaming Perry’s journey in the limo until the handoff to the production technical compound at the school.

“FOTW is one of the longest-running and most well-respected producers of unscripted television programs. With this kind of pedigree, FOTW was the perfect choice to produce ‘Witness World Wide,'” says Jeffrey Bown, strategic account manager, Bexel. “At Bexel, we live for the types of challenges presented by this one-of-a-kind production, and we were primed and ready to build an outstanding solution. And throughout ‘Witness World Wide,’ the tight-knit relationship we had with the FOTW team not only made this an extremely fun project, but also helped us deliver outstanding service.”