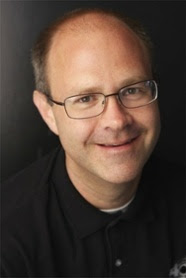 Kriegler has more than 25 years of broadcast management and programming experience, most recently as Operations Manager for Lotus Radio Corporation in Reno (KDOT and KOZZ) and as PT/Swing at Emmis Broadcast Group in Austin.

“Like most Telos Alliance employees, Paul comes from a broadcasting background, so that passion is in his DNA,” says Marty Sacks, VP of Sales, Support, and Marketing for Telos Alliance. “Paul has been an incredible advocate of Omnia at all of his stations, and we are so happy he is on board.”

Kriegler started tinkering with a pirate station he built with his father at 15, and has been interested in processing ever since.
“Working with the guy that came up with the Vigilante audio processor is a dream come true,” Kriegler says about Omnia founder, Frank Foti. “I am happy to be onboard with the most innovative broadcast audio team in the industry.”

Foti is the CEO of the Telos Alliance, the founder of Omnia Audio, and a pioneer in broadcast audio processing and broadcast engineering. His numerous technical achievements have helped to shape the sound of broadcast audio for the last 40 years. Foti’s innovations include Non-Aliasing DSP Clipper and Low-IMD Clipping technologies, both of which push the envelope in terms of the high level of performance that can be attained in radio broadcasts. Foti also designed the first all-digital FM audio processor and first DSP-based broadcast audio processor.

It’s Foti’s leadership as the CEO of the Telos Alliance that has paved the way for innovation across all six Telos Alliance brands. He is responsible for the creative, think-tank environment that led to numerous innovations for the company. Most recently, Foti worked intensively with the Telos Alliance TV Solutions Group to disrupt a critical segment of the broadcast communication industry with the introduction of the new Telos Infinity IP Intercom, the first in a new series of Telos Infinity solutions that represents a complete reimagining of broadcast communications.

His leadership also led to Axia inventing Audio over IP for broadcast with its Livewire protocol; Telos Alliance being the first company in the United States to license MP3; 25-Seven to create Voltair and challenge the status quo in the ratings watermarking arena; Telos Alliance becoming founding members of the Media Networking Alliance and staunch proponents of the AES67 interoperability standard; Omnia to develop the µMPX audio codec, which transports high-quality Multiplexed FM signals over a small 320kbps data pipe; and much more.

NewBay’s Industry Innovator Award winners are selected by a panel of experts and evaluated on their professional achievements, technical and business innovations, and continuing influence within their industries. All winners and nominees will be featured in the special Industry Innovator Awards Program Guide, to be distributed in digital edition form to more than 100,000 readers.