The 53-ft. expando is designed to be highly flexible, easily customized

While sports-video production continues to enjoy its dominance over television production and captures many of the ratings headlines, live entertainment in the form of musicals, concerts, and now esports tournaments is adding new and exciting opportunities for the mobile-production industry. To meet a rise in demand for high-end, 4K-capable mobile support on the entertainment side of the business, NEP’s Denali division rolled out a brand-new, 53-ft. expando named Yukon.

NEP Denali describes Yukon, its latest mobile unit to hit the road, as “state-of-the-art” and “designed for the specific needs of entertainment production.” Like many new trucks these days, it’s highly flexible and easily customized for the individual client: many of Yukon’s operating positions can be swapped around and/or can serve multiple functions based on the needs of the given show. 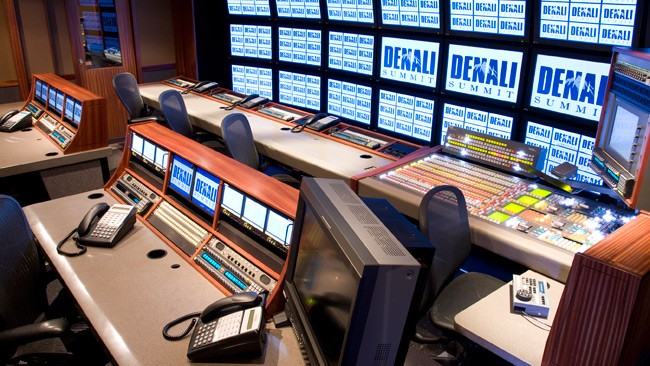 NEP’s Denali division, known for serving the entertainment-production industry with trucks like Summit (pictured), rolled out Yukon this year to support that market.

Yukon, which has an accompanying B unit, is constructed around an Evertz EQX 558×576 router with 576 XLink outputs at its core. At the front bench is a Grass Valley Kayenne K-Frame production switcher with 9M/E, 128 inputs, and 96 outputs. Rounding out the guts of the production end are an Evertz VIP monitor wall, an IHSE KVM system, 212 de-embedding inputs, and 224 embedding outputs.

The truck comes standard with a load of acquisition goodies, including 12 Sony HDC-4300 cameras (with SMPTE fiber) and a collection of Fujinon lenses (two 88X8.8, eight 14X4.5, four 23X7.8, and two 16X6.5). On the audio end, Yukon boasts a Studer Vista X console with A-Link and an Evertz EMR audio router. It carries a selection of Schoepps and Neumann microphones. 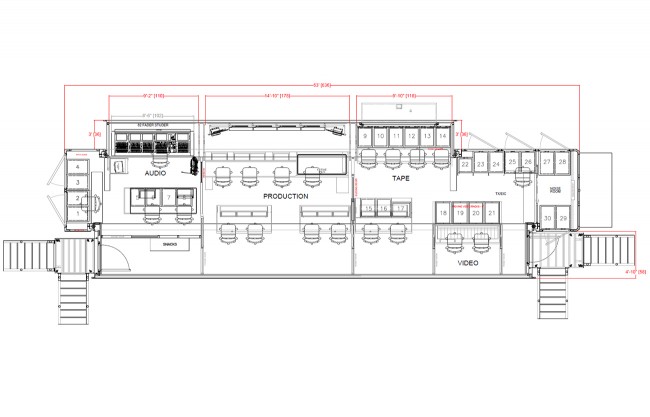 Bolstering its case as a highly flexible truck, NEP Denali does not commit Yukon to a specific replay or graphics infrastructure. Both can be provided on request; the truck is wired to accommodate up to 20 VTRs and six EVS servers on the replay end and any two machines for graphics.

Yukon’s flexibility, according to NEP Denali, is critical in the entertainment business, where a unit is less likely to work a lengthy package the way a truck may in sports. Many concerts and esports tournaments are massive one-off live-production events, and NEP needs to remain nimble to offer ultra-high-end production on an on-demand basis.

NEP’s Denali division has established itself as the gold standard in entertainment-production support. In fact, California, has served as the host for the production behind each of the past six Super Bowl halftime shows, including last year’s epic presentation by Lady Gaga at NRG Stadium in Houston. Yukon is prepared to take on many such entertainment assignments in the very near future.