PSSI Global Services has developed a custom encoding and multiplexing kit to deliver 14 paths via both fiber and satellite for simultaneous redundant distribution of primary and backup transmissions during BlizzCon 2017, a major videogame conference in Anaheim that attracted more than 35,000 attendees. Known as Goliath, the encoding system is capable of transmitting up to an 18-channel mux. 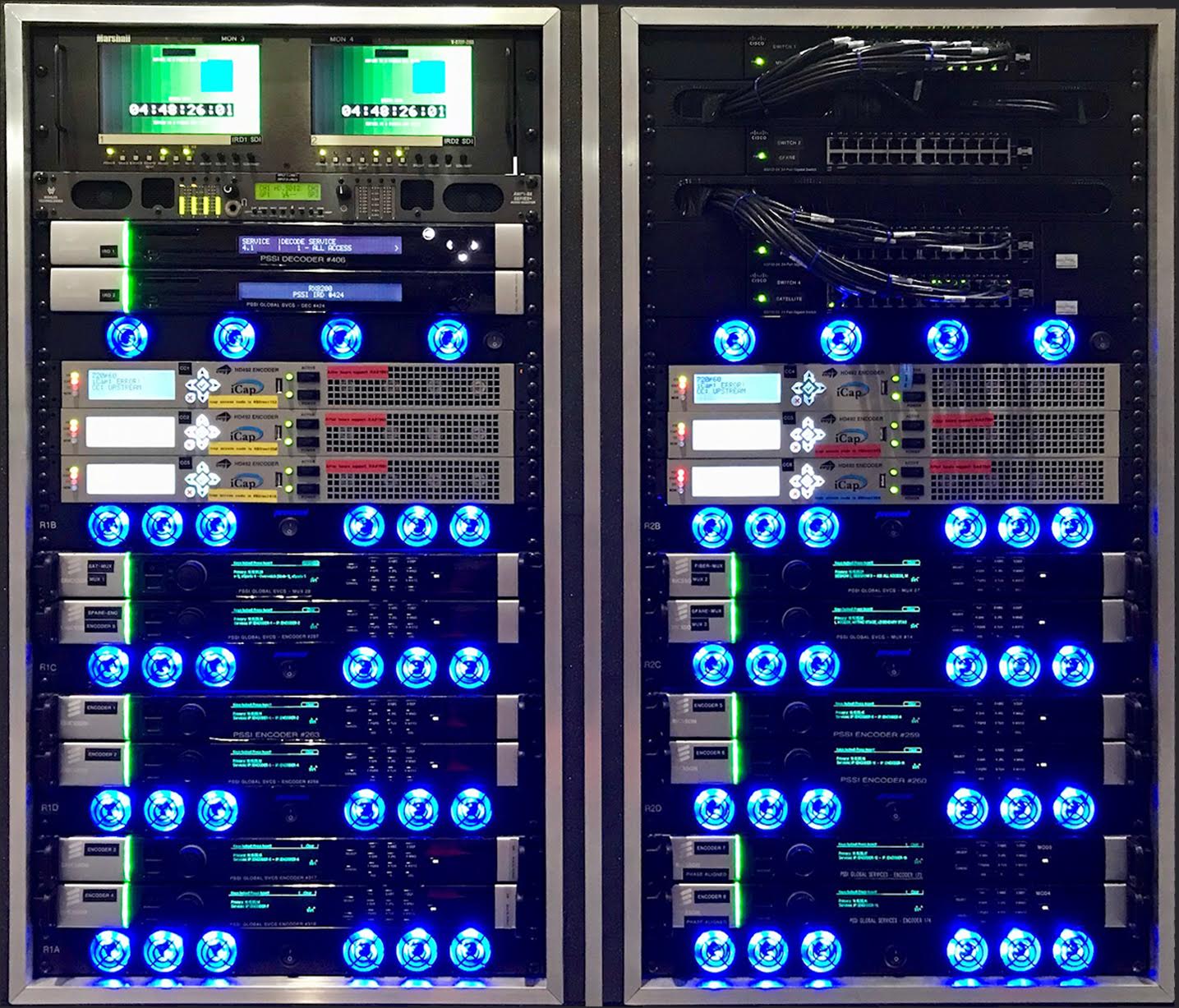 “When we asked the PSSI team to design a custom transmission rack, I knew it would be a thing of beauty,” says Mark East, CEO of 090 Media, the company contracted by Blizzard Entertainment to provide coverage of BlizzCon. “When you’re encoding 14 concurrent feeds, inserting captioning on five of them, and then multiplexing for transmission on both satellite and fiber, it’s difficult to maintain full redundancy, but this system did just that. We couldn’t have been happier with the result, and the folks at Blizzard were very pleased as well.”

Along with offering a single solution for simultaneous, multipath satellite transmissions, Goliath leverages IP data transmission — in addition to ASI — to provide a more flexible, user-friendly platform. The use of IP routing allows for a single Ethernet connection that can carry a virtually limitless amount of data, versus the more limited connectivity of traditional ASI transmission. IP also offers a means of making adjustments to service channels remotely, whereas ASI requires someone to go to the equipment and physically move the cables if adjustments are necessary.