The Defense Imagery Management Operations Center, or DIMOC, manages and preserves American military imagery for the U.S. Department of Defense (DoD). DIMOC is the official records center, or archive, for the United States military’s most treasured and irreplaceable video, audio, and still imagery. DIMOC partnered with Wazee Digital to make it possible to aggregate, preserve, digitize, and digitally archive content seamlessly from all over the world — and then make that content easily accessible to the public and to internal DoD users.

As the keeper of U.S. military visual history, DIMOC is responsible for more than a million unclassified DoD assets (and counting) going back more than 70 years — from World War II audio files and military instructional films, to decades-old training and operations stills, to photographs of personnel and military equipment, to images of battlefield exercises in Kuwait, to original artifacts, such as combat camera footage from Iraq and Afghanistan.

All those assets belong to the American people, who should be able to access them as easily as they can an e-book or video from the public library, but making it happen had been a challenge. Digitizing, digitally archiving, and making the archive accessible was a massive undertaking that required time, attention, and diligence to resolve. DIMOC had been working on a digitization effort for years with limited success. Confronted with a rapidly deteriorating archive due to age and storage constraints, DIMOC needed to act quickly or risk losing the assets forever. DIMOC also had to deal with a diverse array of physical media assets, including fragile, decades-old film, VHS, Betacam tapes, and other legacy formats.

Images of Freedom: Asset Preservation and Access for All

It wasn’t until DIMOC partnered with Wazee Digital that a strategic, cost-effective, end-to-end plan was put in place not only to preserve America’s military visual history but to bring that history to the public. The resulting solution was the Images of Freedom archive, an online service that allows anyone to access the catalog of DoD content.

Through the portal, members of the public —from students and educational institutions, to families of military personnel, to members of the media — can easily search, browse, and download previously unavailable, often never-before-seen images and video from U.S. military history at home and overseas. 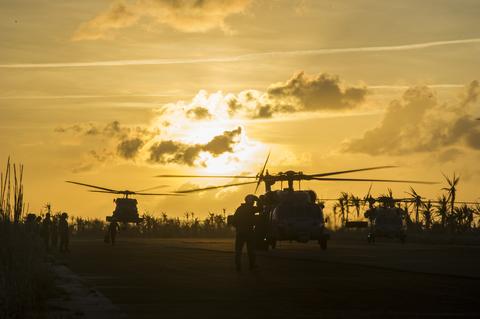 Via Core’s application program interface, DIMOC feeds newly digitized and metadata-enriched assets daily to the Wazee Digital platform. Under the guidance of and in close collaboration with Wazee Digital experts, the DIMOC team developed an end-to-end process to enable large-scale digitization, storage, and asset preservation, while being flexible enough to capture current-event content as it happens.

All that data makes content seamlessly searchable through the Images of Freedom portal. Users simply go to the website and start searching.

A Living Archive and an Evolving Portal.
Images of Freedom is constantly growing and evolving with the addition of almost 800 new assets per day. The total archive is expected to surpass 3 million assets by 2018, many from recent military activities, and some from newly declassified or recently discovered archival footage. For example, DIMOC recently released newfound photos of Sen. John McCain’s return home from Vietnam and a collection of images from the Korean Conflict.

Powered by Wazee Digital Core, Images of Freedom can immediately ingest the digitized content, quickly go through sophisticated metadata enrichment and other processes, and make it available through the portal in a matter of hours.

Over time, behind-the-scenes technical changes have yielded efficiencies. For example, DIMOC integrated its specialized vocabulary into Core, standardized its list of search terms, and added keywords to its imagery according to Department of Defense requirements. In doing so, DIMOC improved the accuracy and speed of search for Images of Freedom users.

Before Images of Freedom, the military’s physical visual assets were virtually inaccessible to the public. Now they can be viewed and downloaded easily from a massive, searchable repository created for the American people. Images of Freedom tells the story of the U.S. military in pictures — a story that’s still unfolding — and makes it available to anyone with an internet connection.