SES will deliver Travelxp 4K, the world’s first Ultra HD HDR travel channel, to viewers across German. In addition, the company will distribute 4KUNIVERSE in Swiss TV households and, in North America, The Country Network has joined SES’s Ultra HD platform to launch its 4K channel.

World’s First Ultra HD HDR Travel Channel Travelxp 4K Makes German Debut on HD+ via SES
Travelxp 4K, one of the world’s travel and lifestyle television channels, will start delivering its program in Ultra HD (UHD) and High Dynamic Range (HDR) to HD+ viewers across Germany as of December 13, 2017. The channel will be broadcast via Astra 19.2 degrees East and will rely on MX1 for playout and uplink services.

Travelxp 4K is also one of the first networks in the world to broadcast in High Dynamic Range, a feature that provides better contrast and improves the viewer experience. Thanks to that technology, HD+ customers can enjoy holiday destinations from around the world from the comfort of their own homes without any additional costs – in a picture quality that is almost as good as real-life.

“Travelxp 4K made its world debut in Ultra HD with SES almost a year ago and we have continued to innovate with SES ever since,” says Prashant Chothani, CEO of Travelxp. “We are delighted that our partnership with SES’s media platform HD+ will soon enable German viewers to enjoy our content on Travelxp 4K. The channel will initially launch in English, but from the beginning of 2018, viewers will also be captivated by our visually stunning, well-produced German content.”

“By leveraging our global infrastructure, our unique product portfolio and our commitment to new TV technologies, we have fast become the leader in Ultra HD,” says Ferdinand Kayser, CEO of SES Video. “The combination of ASTRA capacity, MX1 services and the HD+ media platform creates a strong formula that allows Travelxp 4K to introduce its Ultra HD content in Germany. With the addition of Travelxp 4K to its bouquet, HD+ is entering the next phase of the Ultra HD development in Germany, continuing what started two years ago with the first Ultra HD demo channel.” 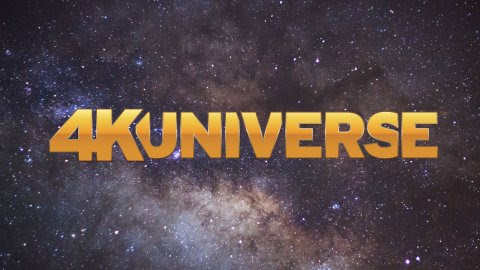 4KUNIVERSE to Launch in Swiss TV Households via SES

4KUNIVERSE makes its international debut beyond North America this week, as SES begins distribution of the fast-growing Ultra HD channel to Swisscom, Switzerland’s leading telecom company and one of its IT firms, with 1.45 million television customers across Switzerland.

4KUNIVERSE was first introduced earlier this year on the SES Ultra HD platform in North America, which now features ten channels offering everything from action-packed adventure and travel television to space exploration, sports, and documentaries.

SES’s Ultra HD platform in North America is experiencing high demand, as over 30 cable and IPTV operators of all sizes, with a collective audience of more than 10 million subscribers, have initiated trials of the solution across their networks. Several operators have already launched commercial Ultra HD subscriber packages earlier this year, marking a historic first in the US.

“The SES Ultra HD platform has played a tremendous role in the overall acceleration of Ultra HD and the rapid development of 4KUNIVERSE, which has grown quickly from a strategic idea to a 24-hour 4K cable TV channel in little more than a year,” says Matthew Mancinelli, 4KUNIVERSE CEO. “We look forward to 4KUNIVERSE being enjoyed in TV households across North America in what promises to be a breakout year in 2018 for the SES Ultra HD solution, and we are very excited about our international growth starting with Swisscom in Switzerland.”

“By leveraging our global distribution infrastructure behind the successful SES Ultra HD platform, SES is well positioned to deliver quality 4K content to markets anywhere in the world,” says Steve Corda, VP of Business Development for SES Video. “The delivery of 4KUNIVERSE to Swisscom represents a natural extension of our North American solution and opens the door to additional growth beyond the US.” 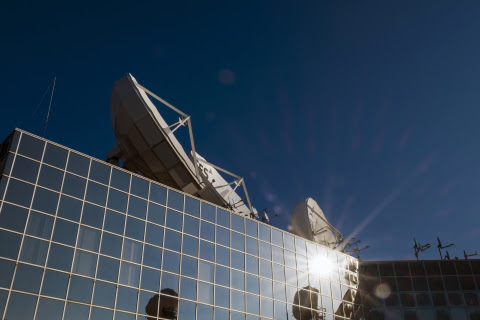 “SES offers a powerful and unique combination of global video distribution leadership, unrivalled relationships with the largest cable operators and entertainment companies, and the first commercial Ultra HD platform,” says Tim Eaton, President and CEO of The Country Network. “The SES Ultra HD solution will enable The Country Network to greatly accelerate our 2018 growth strategy, which is all about introducing our new 4K channel to the most influential media companies, large and small, and expanding to multiple platforms,” Eaton added. “SES is really the only game in town when it comes to delivering on our lofty goals as a budding Ultra HD network.”

“The SES Ultra HD platform has become the destination of choice for new 4K channels like The Country Network, a mainstream music channel that reflects just how SES continues to gain traction in driving Ultra HD,” says Corda. “The Country Network is a great complement to our growing line-up, which has fast become the largest single source of 4K content in the world.”