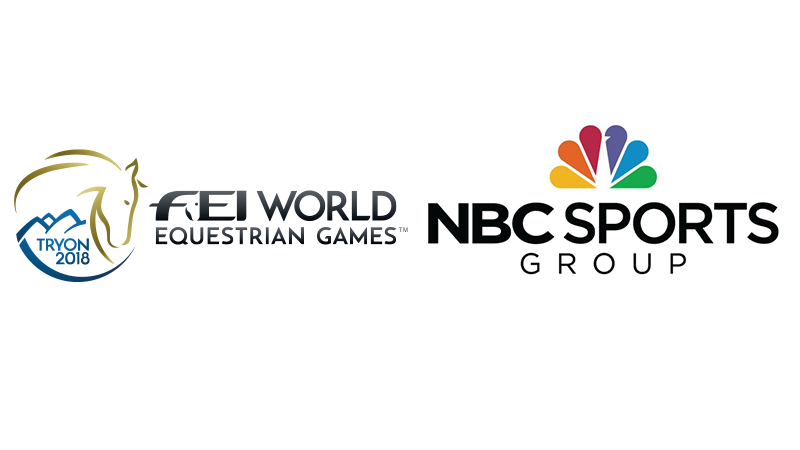 The FEI World Equestrian Games, one of the biggest events on the global sporting calendar, is held every four years in the middle of the Olympic cycle, combining eight World Championships at one event. The eight equestrian disciplines – Jumping, Dressage, Para-Equestrian Dressage, Eventing, Driving, Endurance, Vaulting, and Reining – will all be contested.

An anticipated 1,000 athletes, 1,500 horses, and 500,000 spectators from more than 70 countries are expected to attend. Tickets to the event have already been sold to people from all 50 U.S. states and 31 countries. The Games is projected to be the highest-attended sporting event in the United States in 2018.

“We’re excited to expand our coverage, and will now present more of the FEI World Equestrian Games™ to the U.S. audience than ever before,” says Jon Miller, President of Programming for NBC Sports Group.

“Our vision is to broaden the reach of equestrian sport to an audience of horse enthusiasts around the country, and we appreciate NBC Sports Group’s partnership as we deliver the most televised equestrian sports coverage in history,” says Mark Bellissimo, Founder and CEO of Tryon International Equestrian Center. “The 2014 Games in France attracted a cumulative global broadcast audience of 350 million, so this partnership with NBC will be an important factor in boosting numbers for Tryon 2018.”

The inaugural FEI World Equestrian Games were hosted in Stockholm, Sweden, in 1990, and were most recently held in Normandy, France in 2014. The 2014 Games in Normandy attracted more than 500,000 on-site spectators.

In addition to its competition facilities, the 1,600-acre Tryon International Equestrian Center is an equestrian lifestyle destination complete with lodging, shops, restaurants, and amenities.