Turner Sports has expanded its presence at CES 2018 in Las Vegas with a full slate of live events and a collection of some of the most innovative thought leaders that are redefining the sports, media and technology industries. This year’s first-ever CES Sports Zone presented by Turner Sports will commence with a four-day showcase, Jan. 9-12, featuring sports-themed content that will provide attendees with an immersive experience focused on the intersection of sports and technology. 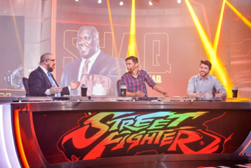 Impact of Diversity: Reshaping the Future – UNINTERRUPTED and SpringHill Entertainment CEO Maverick Carter will moderate a session focusing on the importance of diversity and its impact on the sports and tech industry with panelists including NFL Chief Information Officer McKenna-Doyle and World Surf League CEO Sophie Goldschmidt.

The Social Impact of Sports – NFL Network’s Cynthia Frelund will lead a discussion centered on how athletes, teams and leagues are fully leveraging their assets – along with the adaptation of the latest technology – to drive social and community change.

The Diverse Consumer: Discovering, Identifying & Evolving – Jared Smith, President of Ticketmaster North America and Shelley Pisarra, SVP of Research & Insights, Wasserman, will be among the panelists sharing insights on how the industry is adapting to the evolving consumer and how creating new interactive experiences within the venue can help attract fans across a variety of interests and backgrounds.

Next Generation Content Delivery, Innovation & Monetization – Bleacher Report founder and CEO Dave Finocchio will be among the industry thought leaders and key influencers offering a dynamic look at how content is created for the next generation of sports fans, the immediacy factor associated with the delivery of it, along with the flexibility to deliver content across an ever-growing number of platforms.

Players Only – Turner’s “Players Only” team of Chris Webber, Isiah Thomas, Baron Davis, and Dennis Scott will share the athlete’s point of view on the accessibility today’s platforms provide the fan and how they can be used to connect directly with audiences in real time.

The Warmup
3:30 – 4:00 p.m. PT
The Warmup, the weekly NBA pregame show that showcases a blend of NBA, lifestyle, music, culture and social media will be live from Las Vegas. The show – streamed live on Twitter – will give fans an all-access pass to CES through the eyes of hosts Ben Lyons, emcee, DJ and sports personality Ro Parrish and comedian Tony Rock, as they test out the latest gadgets and highlight the conversations happening at Sports Business Innovation around sports and technology.

TNT’s Inside the NBA Live from CES
Beginning at 4 p.m. PT
TNT’s award-winning Inside the NBA studio team with host Johnson and analysts Barkley, Smith and O’Neal will be on site at CES. The popular NBA studio show will be televised live from the Hall D show floor with pre-game coverage beginning at 4 p.m. local time, leading into TNT’s NBA doubleheader. The iconic team of Johnson, Barkley, Smith and O’Neal will continue with halftime and postgame coverage throughout the evening.