Skipper cites ‘substance addiction’ as reason for resigning; Bodenheimer will serve as acting chairman for 90 days

John Skipper resigned as president of ESPN and co-chairman of Disney Media Networks on Monday, ESPN has announced. Skipper cited “a substance addiction” as the reason for his resigning. George Bodenheimer, ESPN’s president from 1998 to 2011 and its executive chairman until May 2014, will take over as acting chairman of the company for 90 days to help Disney Chairman/CEO Bob Iger find Skipper’s replacement. The news comes just days after Skipper granted what turned out to be his final interview as ESPN president at The SVG Summit last week. 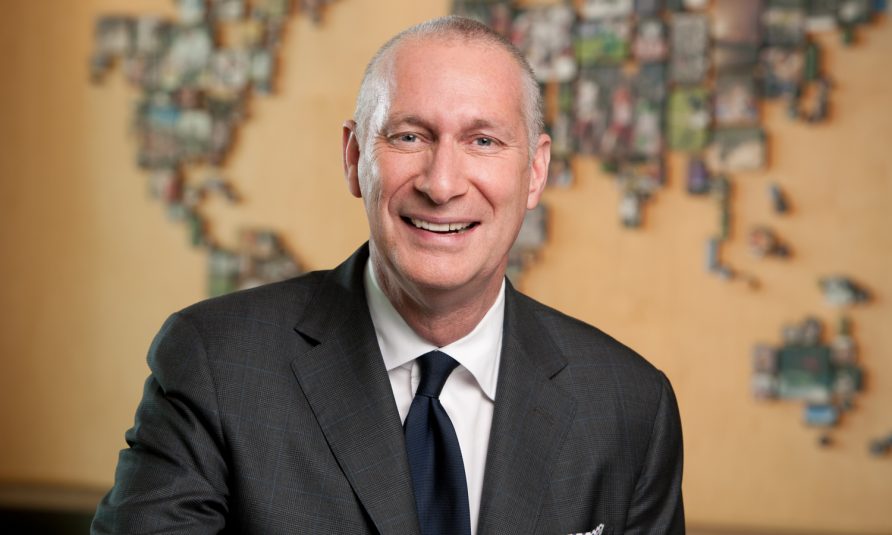 “Today, I have resigned from my duties as president of ESPN,” he said in a statement. “I have struggled for many years with a substance addiction. I have decided that the most important thing I can do right now is to take care of my problem. I have disclosed that decision to the company, and we mutually agreed that it was appropriate that I resign. I will always appreciate the human understanding and warmth that Bob displayed here and always. I come to this public disclosure with embarrassment, trepidation, and a feeling of having let others I care about down. As I deal with this issue and what it means to me and my family, I ask for appropriate privacy and a little understanding.”

The news comes as a shock to many in the industry, especially given that Skipper had just signed a contract extension with Disney through 2021. He also hosted a wide-ranging, two-hour meeting with over 450 of the company’s forward-facing talent last week to address ESPN’s strategy in the current evolving media landscape.

“I have had a wonderful career at the Walt Disney Company and am grateful for the many opportunities and friendships,” he said. “I owe a debt to many but most profoundly Michael Lynton, George Bodenheimer, and Bob Iger.”

Skipper’s departure arrives on the heels of Disney’s newly announced deal to acquire the majority of 21st Century Fox’s assets, a deal that will dramatically impact the future of ESPN’s and Disney’s sports-media footprint. The deal includes Fox’s regional sports networks, as well as Sky’s pan-European operations, Star India, and Tata Sky.

Bodenheimer Takes the Wheel in Short Term
Bodenheimer, 59, was named president of ESPN on Nov. 19, 1998, and continued in the job through the end of 2011. He was then the company’s executive chairman after Skipper took over as president.

“I have great respect for John’s leadership, and I applaud the courage he’s demonstrating by addressing his challenge head on,” Bodenheimer said in a statement. “The most important thing right now for John and his family is that he conquers his addiction, and the entire ESPN family is behind him. I’ve stayed in close contact with John, and I believe in the direction he’s taking ESPN. He has assembled an outstanding leadership team — many of whom I know very well — and I am extremely confident we will work together effectively to move ESPN forward during this transition.”

Skipper’s Legacy and Leadership
Skipper, 61, joined ESPN in 1997 as SVP/GM, ESPN The Magazine, and was named the network’s president on Jan. 1, 2012. Previously, he had served as EVP, content.

“To my colleagues at ESPN, it has been a privilege,” Skipper said. “I take great pride in your accomplishments and have complete confidence in your collective ability to continue ESPN’s success.”

Skipper has also weathered a variety of storms at ESPN in recent years, with the network losing subscribers to rampant cable cord-cutting and looking to shift its focus to digital content and programming. He has overseen multiple rounds of layoffs over the past two years, including 150 job cuts just weeks ago.

Said Iger in a statement, “I join John Skipper’s many friends and colleagues across the company in wishing him well during this challenging time. I respect his candor and support his decision to focus on his health and his family. With his departure, George Bodenheimer has agreed to serve as acting chair of ESPN for the next 90 days to provide interim leadership, help me identify and secure John’s successor, and ensure a smooth transition. I am grateful for George’s support and look forward to working with him again in this temporary role.”

For more on Skipper’s thoughts on the state of ESPN and the sports-media business, watch his in-depth interview at the The SVG Summit.