BRIT Award-Winning artist and songwriter Emeli Sandé has switched to a DPA d:facto vocal microphone for live gigs after taking advice from her sound engineers, who felt that the microphone would be the perfect complement for her chameleon-like, note-perfect voice. 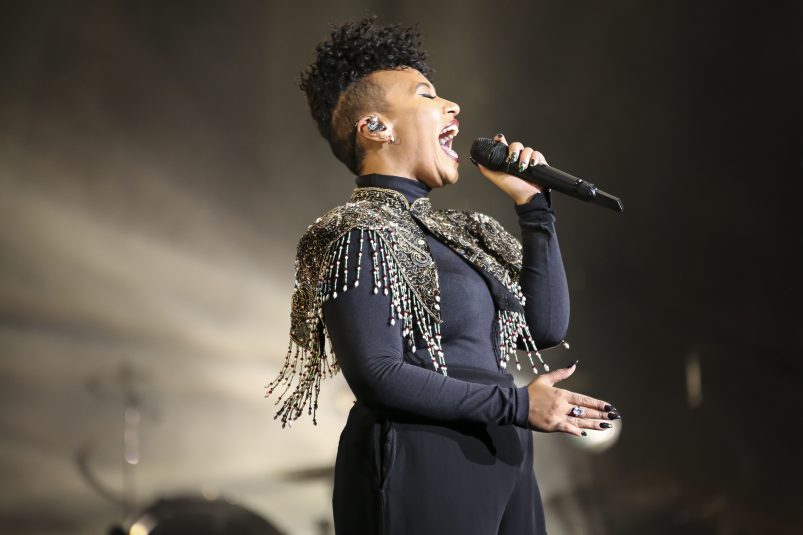 Sandé’s Front of House Engineer Gerard Albo, who has been mixing her recent Arena tour, has long been a fan of DPA Microphones and regularly uses the company’s products. However, it was while chatting with Monitor Engineer Andy Williamson that the subject of vocal microphones came up.

“It was actually Andy who suggested the d:facto for Emeli,” says Albo. “The d:facto, in conjunction with our Sennheiser 6000 wireless system, makes her voice sound very natural with beautiful definition at the top end. This gives a hi-fi feel to her live performances, without much spill. On this tour, when Emeli sang and played piano in the middle of the arena for six songs, I had no feedback issues. The microphone is incredibly stable, even in front of the PA.”

Albo, who trained as a sound engineer in France and London, has been mixing FOH since 1996. He has worked across all genres and with such artists as Amy Winehouse, A-HA, Anastacia, Patti Smith, Tom Jones, Corinne Bailey Rae, Basement Jaxx, and Belle & Sebastian. He was recommended to Sandé by Steve Martin, her production manager and founder of Tourhouse Productions. 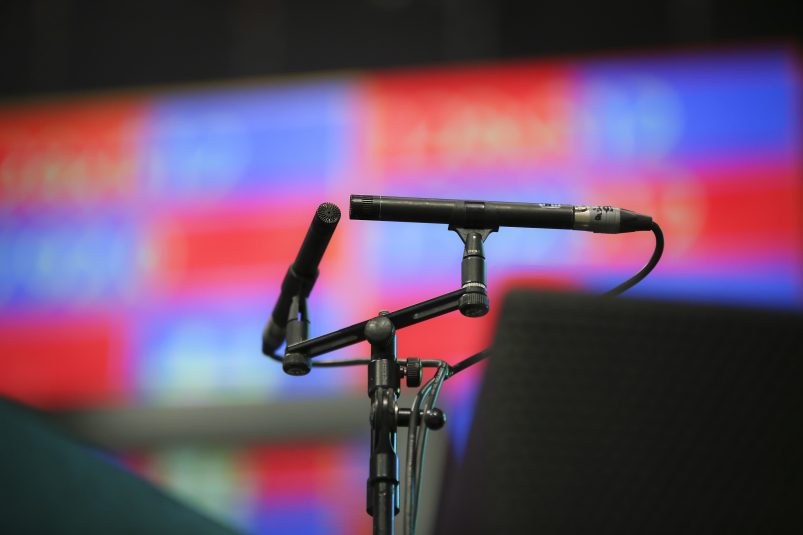 “Steve does an amazing job, and all the crew are very well looked after,” says Albo. “We all have our own responsibilities, and, for me, this means specifying the audio equipment: the PA, microphones, and FOH console. I use DPA microphones extensively, especially when I’m mixing orchestral and jazz concerts. I bought a DPA 3511ER cardioid compact stereo kit in early 2000 and used it to mike piano for Gonzalo Rubalcaba, Chick Corea, and Katia Labeque. I was always able to achieve great results, and this was how I started my relationship with DPA.”

Albo adds that he now won’t go anywhere without his 3511ER kit or his large number of d:vote 4099 instrument microphones, which he uses with various clips for all types of instruments.

“The d:vote condenser mics are great because they sound fantastic and are perfect for all kinds of situations,” he says. “They give me excellent level before feedback and a very natural sound, which results in a powerful orchestral mix that sounds magical.” 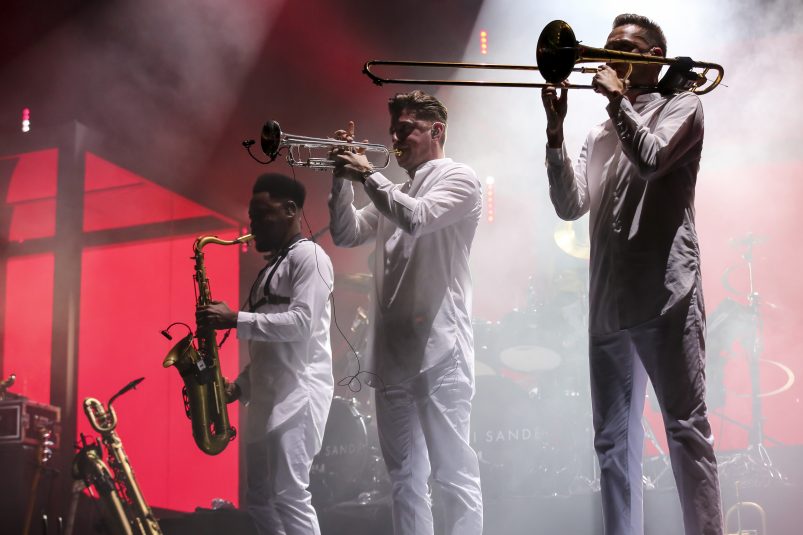 “I was able to close mic and still get a very clean sound with a beautiful high end,” says Albo. “As we were recording some concerts for DVD release, I also used DPA to capture the atmospheric sound of the audience. I got two d:dicate ST4011A cardioid and ST4015A wide cardioid stereo pairs and set them up as atmospheric mics. The 4015A wide cardioids were used as a spaced stereo pair positioned at the FOH mixing desk and pointed back towards the stage. This gave a very open representation of what it felt like to be an audience member because they picked up the atmosphere and energy of the show via both the PA system and the audience’s reaction. The 4011A’s were positioned as an XY stereo pair stage left, facing the audience. The combination of this setup and these cardioids gave a very honest and natural-sounding representation of the audience and its reaction to the show, while rejecting most of the on-stage noise, due to their directionality. The results were spectacular, and we were all delighted.”

Reliability and a great sound are key reasons Albo chooses DPA, but equally important is the technical support he receives.

“When you are working with prestigious artists like Emeli, it is vital to have great support, and that’s what I get from DPA and Sound Network,” he says. “For instance, on this latest tour, Sound Network organized last-minute equipment and technical support for a show we were doing in Dublin. That was very much appreciated, especially as it was all done at very short notice.”

Sandé’s Arena tour came to an end with a concert in Albania in November. Albo’s next move is to head off to Los Angeles in 2018 for some exciting new projects.

“d:vote 4099’s will definitely be traveling with me,” says Albo. “I always have a pair in my carry-on luggage, just in case I need them.”