HGTV, Aerial Video Systems (AVS), and AT&T worked together to make some UHD history during the Rose Parade: an AVS wireless transmission system was used to transmit 4K HDR images from a Sony F55 camera during HGTV’s 4K coverage. 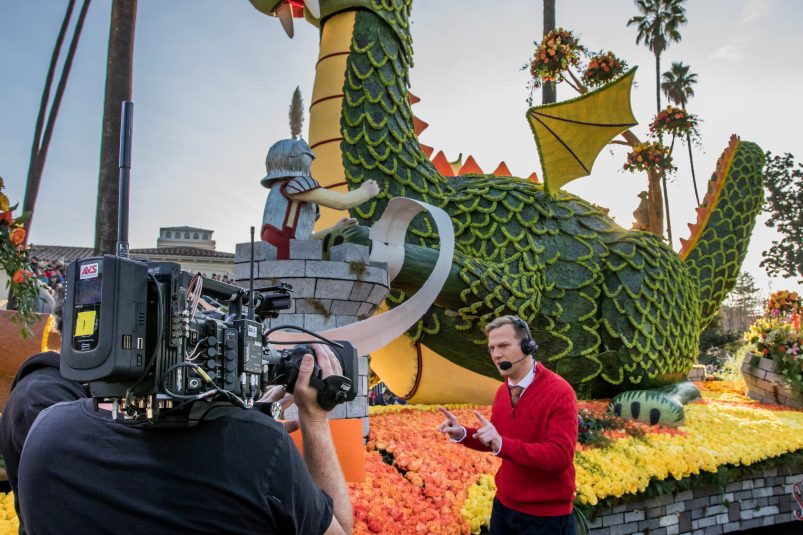 AVS tapped Broadcast Wireless Systems in the UK to provide the Sapphire 4K encoder and decoder, according to AVS President/founder Randy Hermes. A Sapphire encoder board was slotted into the AVS Link transmitter, and an external Sapphire decoder box was used on the receive side. Images were 3,840 x 2,160 pixels and transmitted at 36 Mbps via dual 10 MHz in the 7 GHz band.

“We were able to keep everything the same for the guys [working with the system],” he says. “Latency within our system was between 80 ms and 100 ms, and, when it went all the way through the HDR processing, the external frame sync, etc., in the truck, the latency was between 225 ms and 280 ms.”

AVS has been working on the system for some time now, Hermes says, noting that it wasn’t until about two weeks prior to the parade that all the technical pieces fell into place. “We did testing at our office, and the system actually worked better at the parade because it is a more environmentally friendly area. I was quite impressed with it.”

He adds that the system is still a work in progress, with new code for decoding being written every day. Some nuances still need to be worked out, he explains, noting that the camera operators were instructed to avoid any fast pans and fast zooms.

“You could not tell the difference between the wireless and 4K hard cameras in the truck,” he says. “We will be taking it to some entertainment shows for some testing, and we will be totally rocking and rolling within a month.”