Hawk-Eye Innovations’ SMART replay system was an integral part of the technology set-up on Monday as the Video Assistant Referee (VAR) was trialled in a competitive club football match in England for the first time. 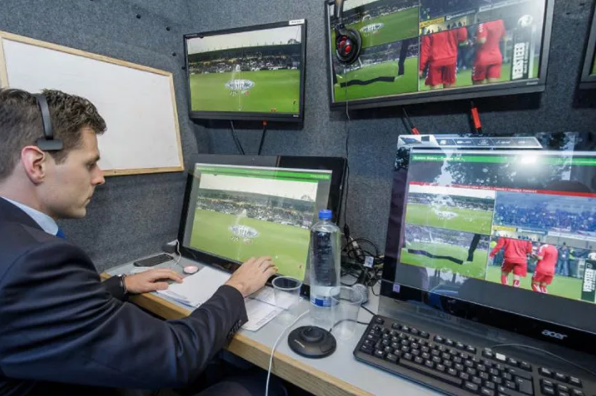 SMART (Synchronised Multi-Angle Replay Technology) replay, which makes use of broadcast camera feeds, was used during the FA Cup tie between Brighton & Hove Albion and Crystal Palace at the Amex Stadium, with VAR Neil Swarbrick in a studio in London aiding on-field match referee Andre Mariner.

Between 12 and 15 camera angles, and an additional four camera feeds from each goal, were made available via SMART to help the match officials make decisions on game-changing moments.

The Professional Game Match Officials Limited (PGMOL), the group that officiates all Premier League football matches, oversaw the VAR test which is part of an ongoing trial process that has already lasted two years.

PGMOL head of referees Mike Riley told Sky Sports ahead of the Brighton game: “The referees are excited. We want something to happen [so that we can] demonstrate the potential. At the same time, you don’t want to detract from a great game of football. We’ve been working really hard to make it as efficient as possible.”

Riley said it would take approximately 30 to 40 seconds for each reviewed decision.

VAR will also be trialled in the Carabao Cup semi-final between Chelsea and Arsenal at Stamford Bridge on Wednesday.

How will VAR work?

The Hawk-Eye SMART system is currently being used in Italy in Serie A and in Germany’s Bundesliga.

In the latter, up to 21 camera signals are taken from the host broadcaster SPORTCAST’s match day coverage and encoded in a Hawk-Eye truck from where various feeds are provided to the VARs.

VAR was also trialled at the 2017 FIFA U20 World Cup and the 2017 FIFA Confederations Cup and has been used in various international friendly matches. In June 2017, during a friendly between England and France at the Stade De France in Paris, French defender Raphael Varane became the first player to be sent off via VAR.

In 2017 FIFA appointed Hawk-Eye Innovations as the VAR technology provider for its various tournaments.

The IFAB will make a final ruling in March as to whether VAR will be used on a more wide-reaching basis, including the 2018 FIFA World Cup in Russia.