CES 2018: How the Explosion of Distribution Platforms Is Changing the Way Sports-Media Creators Deliver Content

With a heavily fragmented content landscape, as well as a shift in distribution outlets, sports-content creators are finding it increasingly challenging to connect with fans across a growing number of platforms. At CES 2018 last week, a Sports Business Innovation panel presented by Turner Sports addressed how creators from broadcasters to social influencers to technology providers to athletes are leveraging social-media channels, virtual reality, and next-gen technology to reach fans and viewers in new ways.

A Sneak Peek at Turner’s Multiplatform Plans for UEFA

In August, Turner Sports announced a landmark deal with UEFA to broadcast Champions League games in the U.S. and launch a new direct-to-consumer OTT service based on the global soccer property. Turner Sports COO Matt Hong described how Turner plans to distribute UEFA content across a variety of platforms, not just linear television. 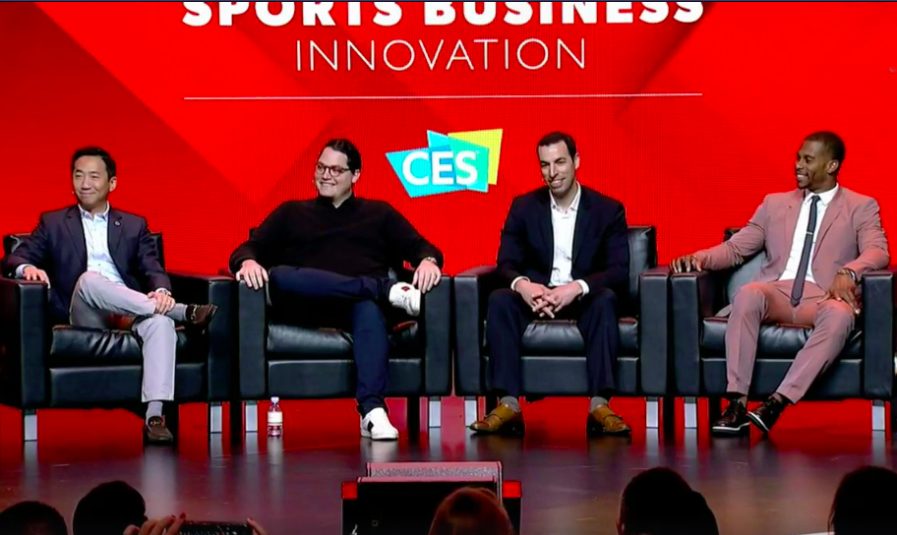 “It really is interesting to look at how we’re going to cover a new property like UEFA today vs. when we had a property like the NBA 10 years ago, when I first joined Turner,” he said. “The easiest way to say it is that we always are looking at every platform and then trying to optimize whether it’s for live games or for shoulder programming, what’s the best content to put on television, to put on digital, and to put on social. Once we begin to make those decisions — which are a combination of business factors like audience and reach and economics and where our sponsors want to be and where they feel like they can best reach users or marketers can reach customers — then we’ll look at optimizing for those platforms.”

Hong also noted that, in growing the Champions League in the U.S., Turner is looking to use a model similar to its treatment of the NBA over the years.

“I think part of what made Turner appealing to UEFA was, if we can run the playbook that we’ve managed to run for the NBA for UEFA and have that sport grow in terms of interest and audience in the U.S., then they would be happy and we would be happy,” he said. “With more platforms, we’re able to customize content for affinity groups. So, if Bleacher Report is trying to target a European fan of football, then it’s able to do so in a much more customized way via social handles than it is by a one-size-fits-all television broadcast.”

When Bleacher Report’s first European office opened in London four years ago, it was intended to serve as a gateway to reaching more UK and European fans. However, Hong said, rather than becoming a regional content creator, the London office quickly became the Bleacher Report’s primary provider of global soccer content — not just in Europe but across the globe.

“What it’s turned out to be is that, actually, all of the world football content is produced in that office and then targeted for other places,” he explained. “So it’s targeted not only for European football fans but also for fans in the U.S. That’s the promise of digital and of social: that you’re able not only to target marketers but also, as content creators, to target much more specifically because you’ve just got more customized platforms to be able to do so.”

VR Comes of Age on the Hard Court With Intel, Turner
Virtual reality was another hot topic for the panel. Turner and Intel detailed their new multiyear deal to create VR content beginning at NBA All-Star, as well as plans to build on the VR experience created at the NCAA Final Four last year.

“Ultimately, our goal is to give fans an opportunity to feel like they’ve got the best seat in the house, to feel like they’re sitting there courtside,” said James Carwana, VP, Intel Capital/GM, Intel Sports, Intel. “We’ll start that off at All-Star weekend, and we’ll be doing a game of the week thereafter. I think it’s an evolution. I think we’re all figuring out how to innovate an experience in a head-mounted display that is appropriate for that device and working very closely with Turner and making sure that, every week, it adds new features: improve, improve, improve. I’m really excited for the experience that we’re going to be able to deliver.”

Hong also addressed how Turner’s VR strategy for the NBA has changed over the years. Last season, NBA Digital (jointly managed by the NBA and Turner Sports) teamed with NextVR to produce one live game per week in VR. Initially, the goal was to create a wholly immersive experience that felt nothing like a traditional game telecast. However, as time progressed, Turner and the NBA realized that incorporating elements of the TV broadcast were integral to a high-quality VR experience.

“The idea [originally was] doing immersive in VR, but then, when we started to do it, we realized there’s a lot of really good things about a television broadcast that you’re missing out on if you’re in the arena either actually or virtually,” said Hong. “You’re missing out on the play-by-play, [what] the color [commentator is] saying, the stats. … There’s no ability to replay the play that just happened. So we’ve refined this partnership over time to take the best of what you would get if you were in the arena with the best of a produced TV feed if you were at home, and that’s what you’ll see from Intel and Turner in 2018 both for NBA and for NCAA. It’s combining the best of immersive and the best of produced television feed.”

Building an Audience on Social: It’s All About Relatability
Over the past three years, social-media guru Ben Soffer has grown his @Boywithnojob fan base to more than 2 million social-media followers across multiple social platforms. He recounted how he began monetizing this following when he had a half million followers and Burger King offered him $500 to help promote its content. His following and the ability to monetize that fan base has grown exponentially since.

“The way that it continues to grow is, the more viral in nature [the content] is, the more people want to tag their friends. The more relatable it is, the more new users that don’t follow me are being tagged in my content, and thus more users will come,” said Soffer. “[Following the Burger King deal], I started to get a little bit smarter. This industry is starting to mature. It’s obviously still very immature, but it always takes a brand reaching out to you to make you realize that you have something that’s worth it to other people, to other brands. From there, we got very good at making organic branded content on Instagram, and that is how it has developed.”

More Platforms Than Ever For Athletes to Connect With Fans
NFL player Victor Cruz joined the panel to discuss his podcast “The Victor Cruz Show“ on Uninterrupted and how he leverages the abundance of platforms available today to connect with fans.

“I think just the diversity of it all [is amazing],” he said. “On the Uninterrupted platform, I can do my podcast, and I can talk about everything under the sun, and then I can literally pick up my phone and go on Instagram or go on anywhere live and speak about these things that I’m passionate about or speak on current events like games … [as they are] happening. Whether [fans] watch the podcast on Uninterrupted or they see a viral video of me talking about LeBron James’s last game, there’s so many different ways to engage the people in what I’m talking about, and that’s the best part.”