SES has announced that the new SES-15 spacecraft has been operational at the 129 degrees West orbital position since 1 January. As planned, the all-electric satellite took six months to reach its orbital position and to successfully complete its testing. In addition, SES the GovSat-1 spacecraft arrived at the Cape Canaveral Air Force Station, FL, last week, with plans for a launch aboard a SpaceX rocket at the end of this month 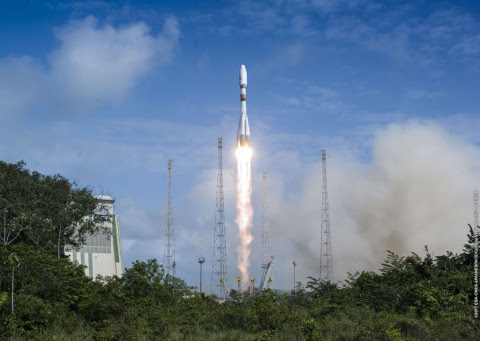 SES-15’s high throughput payload will deliver optimised and flexible coverage for major global inflight connectivity and entertainment (IFC/IFE) service providers, such as Global Eagle, Gogo and Panasonic Avionics. In addition, SES-15 has a dedicated wide beam that is designed to enable IFC/IFE providers to deliver live TV content on all flight routes across the US, including Hawaii and Alaska, as well as Canada, the Caribbean and Mexico. This unique combination of beams allows IFC/IFE providers to optimise HTS capacity use for internet traffic and wide beam coverage for broadcast content.

SES-15 also carries a Wide Area Augmentation System (WAAS) hosted payload, which will enable the US Federal Aviation Administration (FAA) to augment existing Global Positioning Systems (GPS) with the goal of improving accuracy, integrity and availability of the system for the aviation industry.

SES-15 was successfully launched onboard a Soyuz rocket from the Guiana Space Centre in Kourou, French Guiana on 18 May 2017.

An operational SES-15 has been much anticipated by our customers. The hybrid satellite, which has both wide beams and high throughput capability, empowers our aeronautical customers to offer even faster connectivity speeds to airlines,” Martin Halliwell, Chief Technology Officer at SES, says, “In addition, the WAAS hosted payload will enable the US FAA to improve GPS. The Boeing, Arianespace and SES teams have done an excellent job in making this possible.”

The beginning of contracted services on SES-15’s HTS payload represents an important milestone in supporting SES’s future growth trajectory and its strategy to develop innovative and high-power capabilities for specific and dynamic markets. SES-15 will be followed by the launches of two more hybrid geostationary (GEO) satellites with widebeam / HTS capabilities, SES-14 and SES-12, as well as another four O3b medium earth orbit (MEO) satellites in the near future. SES-14 will serve the Americas and the Atlantic region, and SES-12 will cover Asia-Pacific, and the Middle East. Together with SES-17, another HTS which will be launched in 2021, they will offer a global, multi-frequency system for aeronautical, maritime, government and enterprise customers.

GovSat-1 Arrives at Cape Canaveral for SpaceX Launch in January
In other SES news, the GovSat-1 spacecraft arrived at the Cape Canaveral Air Force Station, FL, last week. GovSat-1 is the first satellite of GovSat, which is a brand operated by a joint venture between the Government of Luxembourg and the world-leading satellite operator SES. It is scheduled for launch at the end of this month on board a SpaceX flight-proven Falcon 9 rocket. 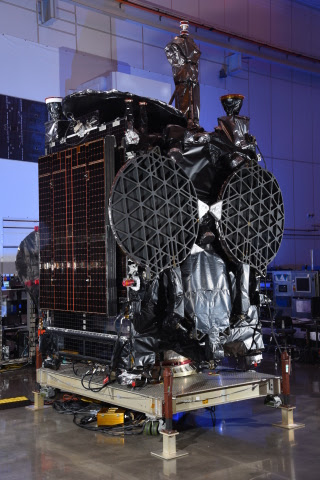 The multi-mission satellite was built by Orbital ATK and is designed for the exclusive use of governments and institutions. Located at the 21.5 degrees East orbital slot, GovSat-1 will serve Europe, the Middle East and Africa, including substantial maritime coverage over the Mediterranean and Baltic seas, and the Atlantic and Indian Oceans.

Patrick Biewer, CEO of GovSat, said, “We are committed to our mission of providing secure satellite communication services for governments and institutions. GovSat-1, with its highly flexible payload featuring advanced encryption and anti-jamming capabilities, will further secure the connectivity for our users’ applications. We are incredibly excited about the upcoming launch of this satellite.”