On Saturday, Minneapolis-based RSN Fox Sports North will celebrate its 12th-annual Hockey Day Minnesota. Looking to do something special for the occasion, the network will blaze some trails in virtual reality, offering live three-camera VR coverage of three games throughout the day.

It will be the first time that Fox Sports produces hockey in VR and is a rare occurrence where an RSN is in the mix on the VR front. 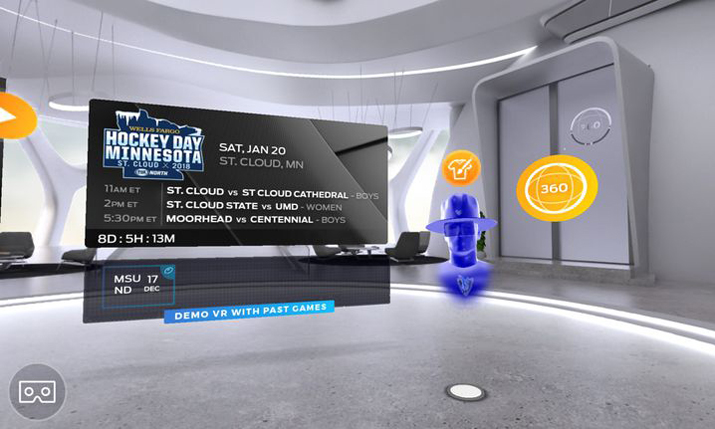 On Fox Sports North’s schedule of live VR coverage on Saturday are two high school games and a college game.

“Hockey Day Minnesota is our biggest event of the year, and, with the addition of VR, we are taking the production to a new level,” says Mike Dimond, SVP/GM, Fox Sports North. “The multiple camera angles and 180-degree views from the team benches at the outdoor rink will provide a truly unique experience for our viewers, allowing them to experience Hockey Day from the comfort of their own couch.”

The VR camera rigs are expected to be placed at the center line between the benches and behind each goal. Each angle will offer a 180-degree view of the action, which will be embedded in a suite environment that has become the go-to presentation design in the Fox Sports VR app.

To provide a view where viewers can clearly see the puck, images are expected to be captured in 4K at 60 fps.

“It helps build upon what we’re doing with the Fox Sports VR app, so we’re really excited that the regionals are diving into VR production,” says Michael Davies, SVP, field operations, Fox Sports. “To see how this takes on a localized level is something that we’re interested in.”

A headset is not required to view the content, which will be available on the Fox Sports VR app via traditional authentication methods.