X Games Aspen are in full swing at Buttermilk Mountain, and, once again, plenty of technical firepower is being deployed for the production. ESPN and production partner Echo Entertainment, in its second year at Winter X, will produce more than 15 hours of coverage on ESPN and ABC (and the WatchABC and ESPN apps) along with eight hours of competition streaming on ESPN3 and an X Games Extra show on Facebook Live at the end of each day’s broadcast. Echo is once again putting the focus on the athletes, adding more cameras to present as intimate a look as possible at the competition and producing a wealth of short-form content to familiarize the audience with the athletes. 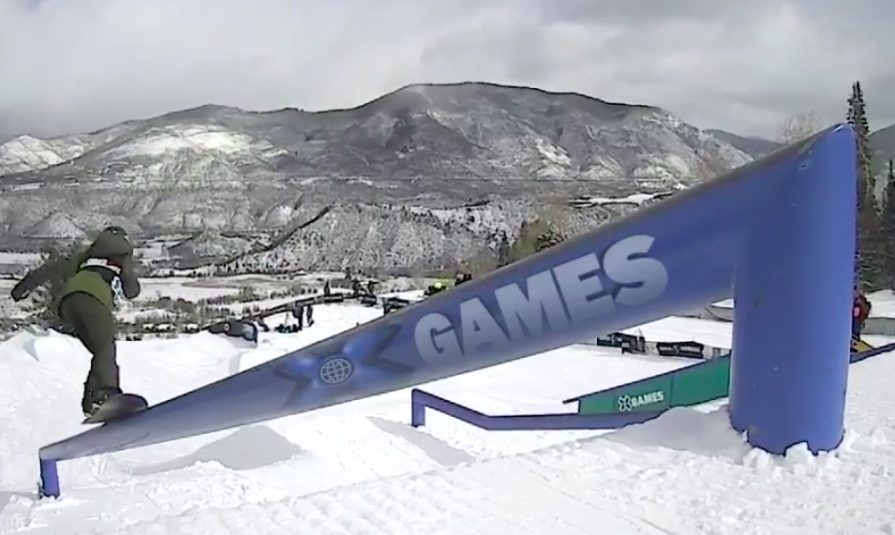 ESPN and Echo Entertainment will deliver more than 15 hours of broadcast and eight hours of streamed coverage of X Games Aspen.

“[X Games] is the premier action-sports event, with the best action-sports athletes in the world,” says Echo Entertainment President Hugh Arian. “Many will become more well-known in the coming days as they represent their country in the Olympic Games, but it’s on the courses and runs here where they cement their legacy in the action-sports world.”

Covering Winter X: 50-Plus Cameras Across the Mountain
In its second year in Aspen, Echo has continued to refine its approach to course coverage, changing or adding cameras at every venue for a total of 53 cameras and 92 unique positions this year (cameras are repositioned from day to day). Among the most significant changes are two additional super-slo-mo units, more Steadicams in the corral of the Big Air and SuperPipe courses, and more lights and light towers on the Big Air course.

At the Base of Buttermilk: Dome Productions Trucks in Full Force

Inside the compound, Dome Productions’ Atlantic is serving as the production hub for Venue A (SuperPipe, SlopeStyle), Silver is handling Venue B (Big Air, Snow BikeCross, Snowmobile), and Pacific is housing the host-set and Facebook Live production. In addition, BSI’s mobile unit is on hand, managing all RF needs for wireless cameras and mics.

Connecting it all together in the compound and on the mountain is nearly 100,000 ft. of tactical fiber and an additional 40,000 ft. of SMPTE fiber along with 1,500 fiber barrels.

“The biggest challenge,” Arian notes, “is running cable while allowing the mountain to remain open for guests and event transportation up and down mountain during event.”

In addition, ESPN is incorporating live awards presentations into the Facebook Live Extra show to better expose the winning athletes to fans. And, in an effort to involve the onsite audience more in the festivities, Echo and ESPN have erected an open-air host set at the top of X Fest adjacent to the awards stage.

“We’ve moved our host set so that it is in an area with more people: near the awards stage,” says Arian. “And we’ve tweaked our host-set [segments] to make them a bit shorter.”

Extending ESPNet to Aspen: Plenty of Connectivity in Colorado
On the transmission side, ESPN has established a 1-Gbps fiber link using Comcast for the first mile and then its ESPNet infrastructure, which originates in Bristol. ESPN has four services being delivered back to Bristol: The ESPN/ABC program (featuring the Venue A and B world feeds), a world feed with no host set, a world feed with English and a host set, and a clean program feed. The network’s remote traffic operation technicians are on-site handling compression and transmission capacity.

“Our technicians have received the link off of ESPNet in Aspen and they have done quite a bit of extension of services to the appropriate trucks,” say Adam Whitlock, Associate Director, Remote Traffic Operations, ESPN. “They have set up shop and created a transmission hub. There are a lot of changing sources out there, so you have to be engaged throughout.”

In addition 500-600 Mbps of the 1-gig pipe are being used to handle ESPN and Echo’s extensive data and file-transfer needs.

“It’s dynamic, so it changes as the need changes each day,” adds Whitlock. “It’s nice to have a dynamic approach to file-transfer and corporate [services]. This gives us a whole host of things for comms, added telephone services, corporate email, access to ENPS [news production system] and beyond. The rest is for file-exchange, which ties into our EVS IPDirector and the EVS workflow.”