Harmonic’s MediaGrid shared-storage systems and Spectrum MediaDeck integrated media servers will play a key role for NBC Olympics and its production of the PyeongChang Olympics in the coming weeks. The announcement was made today by Jim Miles, director, digital workflow systems, NBC Olympics, and Tim Warren, SVP, video business, Harmonic. 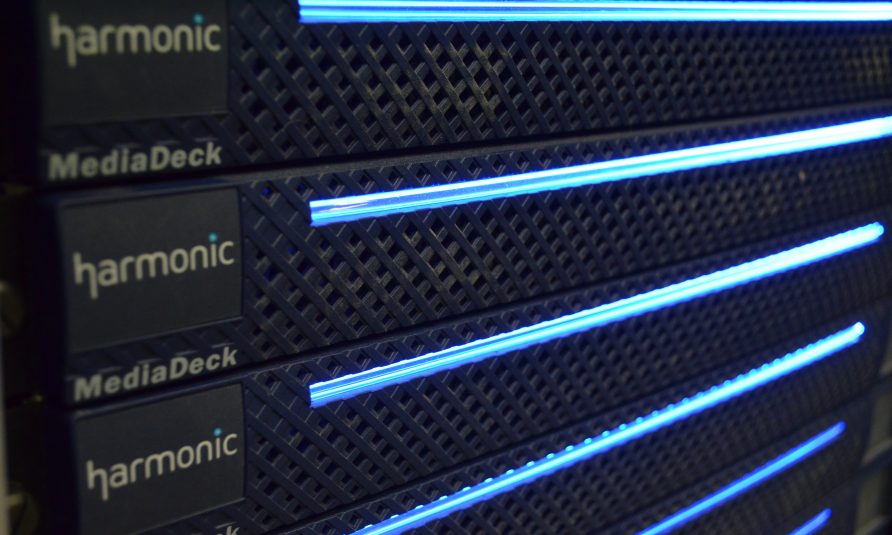 NBC Olympics will rely on Harmonic MediaDecks for its Olympic coverage.

NBC Olympics will use Harmonic solutions for a variety of production applications, including broadcast, on-demand, digital, news operations, and long-term archive. For example, Harmonic Spectrum MediaDeck media servers in PyeongChang will enable on-the-fly capture and proxy generation for all incoming materials. Harmonic MediaGrid shared-storage systems located inside NBC’s studios at the IBC in PyeongChang, as well as at NBC Olympics headquarters in Stamford, CT, will provide centralized shared storage with tremendous bandwidth and capacity.

“For over a decade, Harmonic’s media servers and shared-storage systems have been a cornerstone of our content acquisition and production workflow during the Olympics,” says Miles. “During NBC Olympics’ coverage of the PyeongChang Games, Harmonic equipment will enable us to deliver more content from the host city to multiple linear television channels than any previous Winter Games.”

Harmonic MediaDeck media servers will simultaneously record as many as 60 incoming venue feeds, giving NBC personnel at the Stamford facility independent control over 60 additional channels of ingest for locally produced Olympic content. Each recording’s proxy will be replicated in real time on a Harmonic MediaGrid storage system connected via two 10-Gb circuits to a second MediaGrid installed at the Stamford facility. In less than a minute, hi-res content created on the PyeongChang MediaGrid system can be replicated on the Stamford MediaGrid system for immediate use in streaming, VOD, and traditional broadcast editing.

“With Harmonic infrastructure at the heart of its Olympics production workflow, NBC can deliver content faster, more cost-effectively, and to multiple viewing platforms,” says Warren. “As a trusted partner of NBC Olympics, Harmonic is excited to play a role in bringing the Games to viewers across the United States.”