Bringing basketball fans closer than ever before to the thrilling action of NBA on TNT, Turner Sports and Intel have announced the launch of the NBA on TNT VR app, powered by Intel True VR.

The app takes fans directly inside NBA on TNT’s Studio J, which was re-created in VR and serves as the portal into all the available programming. Fans can watch game highlights and game recaps and, once logged in with their TV service provider information, have access to select live NBA on TNT games and full game replays in VR, featuring in-game broadcast stats. Every game will feature at least four camera angles, putting fans in total control of the viewing experience. Fans will have the option to be transported court-side to the best seats in the house or up in the stands for a bird’s eye view.

Intel and Turner Sports announced a multi-year partnership in November 2017, with Intel becoming the exclusive provider of virtual reality for NBA on TNT. They have since collaborated closely to create an authentic NBA on TNT experience, tapping into Intel True VR to transport fans courtside for a fully immersive view of the action. 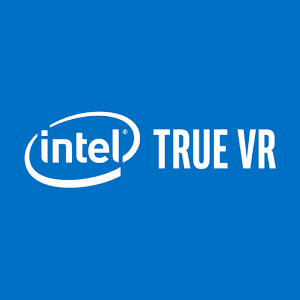 TNT is the exclusive home for extensive live coverage of NBA All-Star 2018, which tips off February 16 in Los Angeles. NBA All-Star’s signature events will be the first to stream live on the NBA on TNT VR app, including:

NBA on TNT and NBA TV analysts and reporters will be providing play-by-play, color commentary and sideline reporting exclusively for the live VR cast. For NBA All-Star, Steve Smith, Matt Winer, and Ros Gold-Onwude will be calling all of the action and narrating viewers’ immersive weekend experience.

After NBA All-Star, one exciting match-up per week on NBA on TNT’s regular season schedule – all featuring teams currently in playoff contention – will be available live on the NBA on TNT VR app, powered by Intel True VR, to users who log in with their TV service provider account credentials.