Following a successful season capped by a Stanley Cup Final appearance, Viewership and attendance for Nashville Predators games have soared this season.Games televised on FOX Sports Tennessee are delivering triple-digit growth versus last year in the Nashville DMA, with an average household rating of 1.9, up 142% through February 3, 2018. 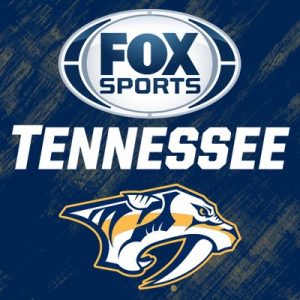 Attendance at Bridgestone Arena has complemented viewership trends, with a streak of 88 consecutive sold-out Predators games. The team also set a new all-time attendance record with 17,543 fans on Saturday, February 3, against the New York Rangers at Bridgestone Arena And for the first time in franchise history, there is a waitlist for season tickets.

Additionally, on Jan. 20, FOX Sports Tennessee’s Predators LIVE postgame show won an Emmy® Award for Best Sportscast from the Nashville/Midsouth Chapter of the National Academy of Television Arts and Sciences).