Platform is streaming for free on connected devices 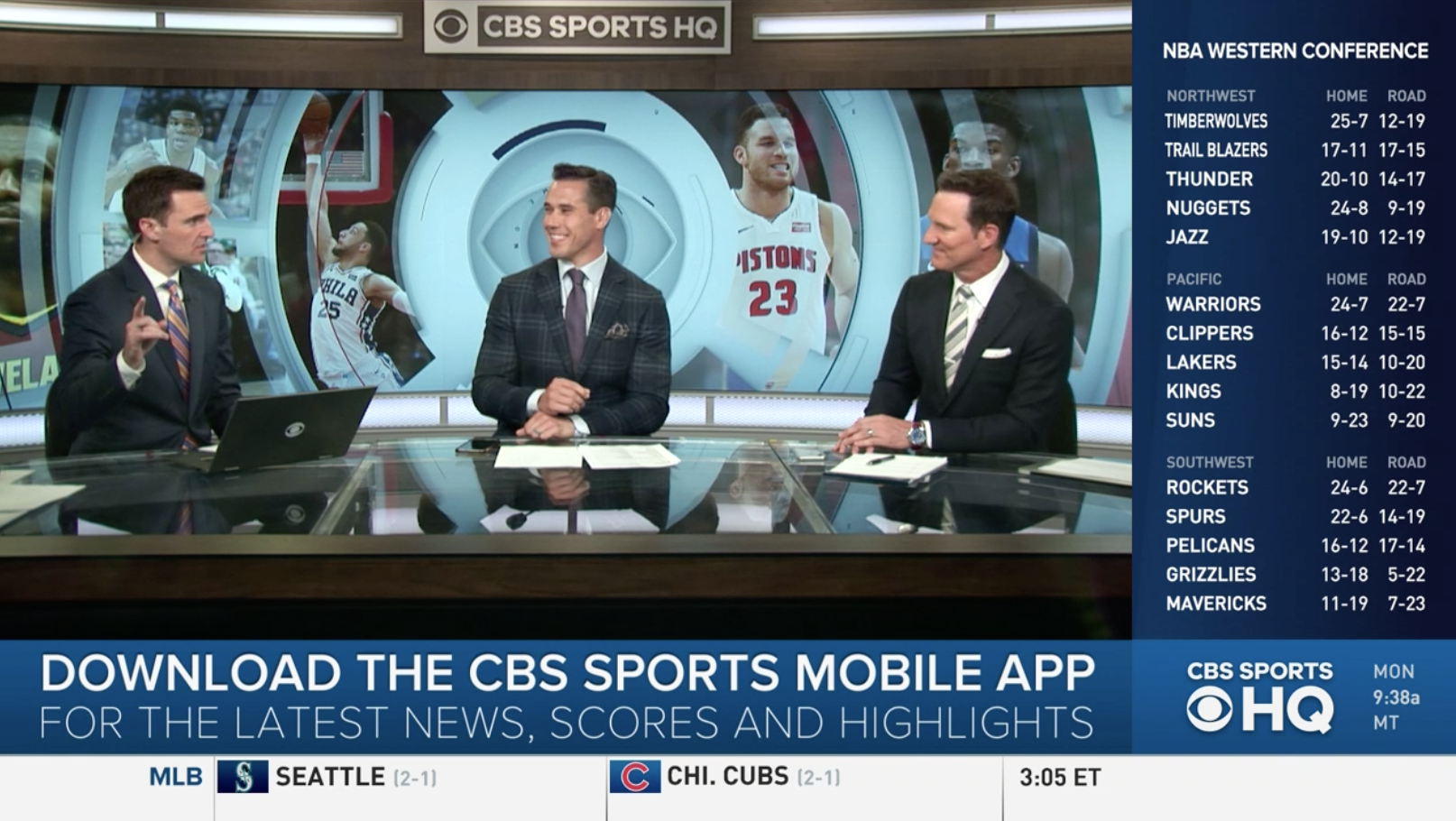 The effort is a combination of resources between CBS Sports, CBS Sports Interactive Advanced Media, and the media company’s other properties: CBSSports.com, 247Sports, SportsLine, CBS Sports Fantasy, and MaxPreps.

CBS SPORTS HQ does not include any live game coverage at launch, but it is free and available without authentication through a cable subscription. As of this morning, it can be streamed or is available on CBSSports.com; the CBS Sports app for connected-TV devices (Amazon Fire TV, Apple TV, and Roku), the CBS Sports mobile app for iOS and Android, CBSN, and the CBS All Access subscription service.

In an official release from CBS, Jim Lanzone, CEO, CBS Interactive/chief digital officer, CBS Corp., said, “CBS SPORTS HQ is for fans who want more coverage of the game. Sports fans can now get the news and highlights they want in a true, round-the-clock sportscast on any device where and when they want. As with CBSN, which continues to attract a growing audience of digital consumers, we also think there’s a tremendous advantage in being first to market with this type of service in a crown-jewel category.”

CBS SPORTS HQ is very much built on the model of CBSN, a 24/7 live-streaming news platform that launched in November 2014. The service offers DVR functionality to accompany the studio and news coverage.

Stay tuned to SVG for further coverage this week of the CBS SPORTS HQ launch.