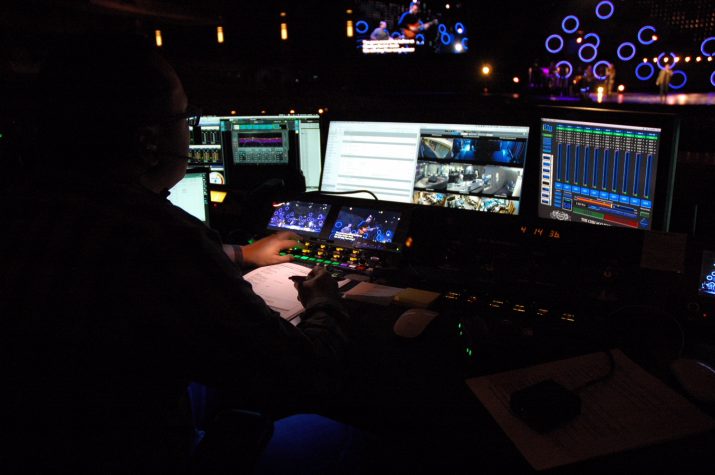 Founded in 1975 by Bill Hybels, Willow Creek began holding services in a movie theater. Today it serves over 20,000 worshippers each weekend from six regional campuses around the Chicagoland area. The main church campus at South Barrington was built in 1980 (Lakeside Auditorium), while the South Barrington Activity Center began operation in 1990 and the Main Auditorium was opened in 2004. An additional six regional campuses in Illinois (Chicago, Crystal Lake, Huntley, North Shore, South Lake and Wheaton) are also equipped with Clear-Com intercom systems. From the start, video, audio and a reliable communication system have played a key part in the services.

“Although we upgraded part of our system in 2014 [which included a HelixNet Digital Partyline system], it was time to get everything else up to date,” says Matthew Wentz, audio Systems Engineer at Willow Creek Community Church.

“The ability to add a wireless infrastructure and expand our communications network with smart devices would give us the capacity that a growing church needs.”

“This was a full infrastructure upgrade,” says Wentz. “Our systems integrator, Summit Integrated [Lafayette, Colo.], handled the purchasing, pre-programming and installation, and had us up and running in a week. All that was needed on-site was running the Cat 6 cable, hooking everything together and powering up the system.”

The benefits of the new system were immediately apparent. The hum associated with the old copper-based analog system was eliminated with the LQ Series’ ability to maintain partyline tie-ins via IP. Running Cat 6 for the LQ Series was a cleaner and less expensive solution, and allowed Willow Creek Community Church to leave the copper in place, as it wasn’t cost-effective to pull out.

“With the new system, I can tie my HelixNet and two channels of analog together, which is a big help during multi-venue live transmissions,” says Wentz.

“Now the director can cue all the venues and we have a much tighter production without guesswork and hoping to get the transitions right. Plus, we still have our four-channel HelixNet in its venue, so more people can be connected for overflow or special events.”

One specific benefit that Wentz and the team now enjoy is from the Agent-IC mobile app and its ability to effectively put a communications system in anyone’s pocket. “

Someone can be working across campus, and they’re still connected. That’s a big plus when we do our two-day satellite broadcast and bring in an uplink truck and operator. Now we can give him a license and he’s always on comms…always. That’s so much faster and better than a phone call or text, especially when he might be in a basement with no cell service,” says Wentz.

“We’re proud that Clear-Com is able to continue supporting Willow Creek’s communications needs as they grow,” says Michael Rucker, director of sales for North and South America at Clear-Com. “

Many churches face similar technology challenges as Willow Creek. When congregations grow to a certain size or find the need to expand into satellite locations, their current communications systems just cannot meet their production needs. We typically work closely with customers to understand what they currently have and where they are heading as a church. Rather than throwing away working comms, we recommend options that allow them to incorporate their legacy systems into more modern technology to increase their capabilities while staying within budget.”