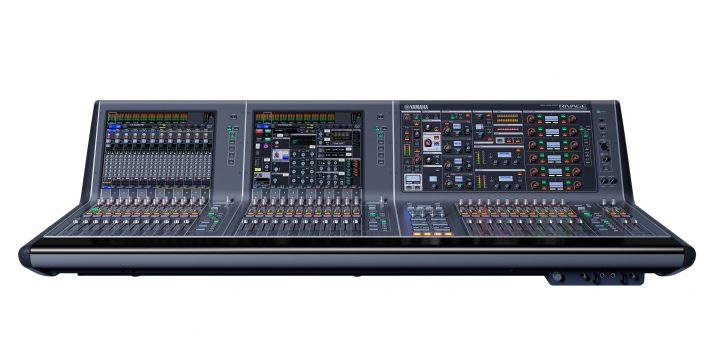 The CSD-R7 Digital Mixing Console is the central component of the RIVAGE PM7 system, positioned directly below the current RIVAGE PM10 Digital Mixing System. With an emphasis of preserving workflow, the CSD-R7 is the same size as the RIVAGE PM10 system CS-R10 control surface but with the DSP engine built into the console offering enhanced portability and system flexibility while maintaining high operability. The panel layout of the RIVAGE PM7 is the same as the flagship RIVAGE PM10, with 120 input channels, 60 mix buses, 24 matrices, and a comprehensive selection of 48 top-quality plug-ins, the PM7 provides mixing capacity that is comparable to the RIVAGE PM10.

Yamaha will also exhibit two new Dante-equipped I/O Rack units for the company’s professional audio lineup: the Rio3224-D2 and Rio1608-D2. Together with the new CSD-R7 control surface to be released simultaneously, the I/O Racks are components of the RIVAGE PM Series, including the new RIVAGE PM7 Digital Mixing System. Both units can be used with current CL and QL Series Digital Mixing Consoles.