Videotime SpA, a subsidiary of Mediaset SpA, the second largest private television group in Europe, has refurbished Studio 10 at its Milan headquarters. The broadcaster has moved to a Dante audio-over-IP infrastructure, with SSL’s System T broadcast audio production environment at the heart. The system was supplied by Italian SSL distributor and systems integrator CaBlaTeam Srl. 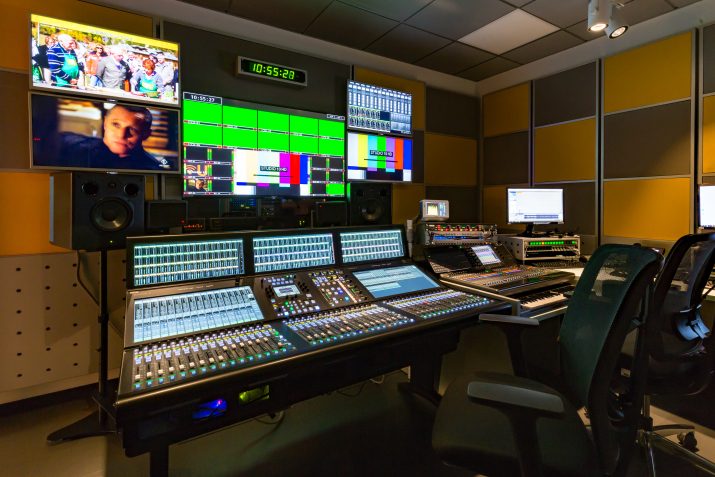 Studio 10 is normally used for large entertainment shows and talk shows such as Verissimo and Quarto Grado, as well as one-off large-scale broadcast events. It usually runs up to 12 HD cameras, along with two live translation booths.

One particular aspect of the System T that appealed to Videotime was its control interface; specifically, the flexible nature of control across the S500 surface suits Studio 10’s busy production schedule.

“Processing control particularly,” says Videotime’s Luca Gherardi, project engineer. “It can be approached in different ways – different ‘control modes’… Quite a few different engineers use the System T in Studio 10, and each one has their own particular configuration and approach.”

Another advantage is the slimming down of the overall infrastructure that comes with System T’s network-native architecture and routing system, incorporating full network-wide Dante routing.

“System T has made the whole installation much simpler,” says Marco Cosso, service engineer at Videotime. “We’ve removed almost all patchbays and we no longer need the audio side of our studio’s AV matrix. All audio routing is done by System T, via Dante, and of course when you load a show file, you load all audio routing. That’s a big advantage.”