CBS Sports will be the television home of The Alliance of American Football, a new football league set to kick off on February 9, 2019. CBS will air Alliance matchups, beginning with the season opener and culminating with the championship game on the weekend of April 26-28, 2019, with a regular-season game airing each week exclusively on CBS Sports Network. The league is being launched by TV and film producer Charlie Ebersol, Pro Football Hall of Famer Bill Polian, and retired NFL stars Jared Allen, Justin Tuck and Troy Polamalu. 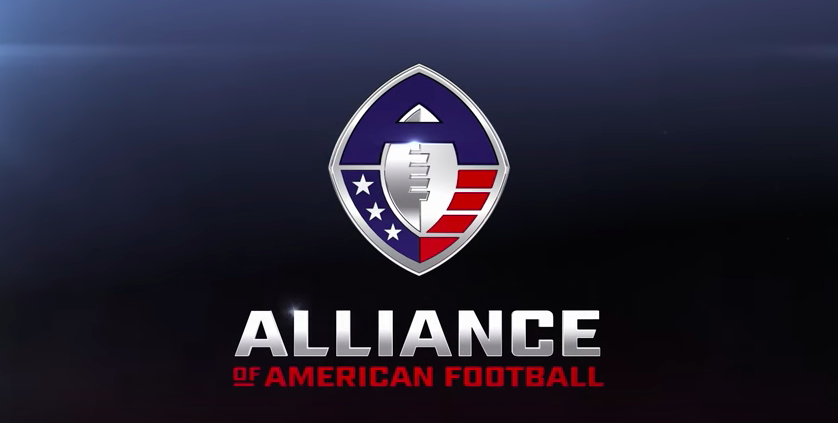 “As the Alliance of American Football launches next February we are excited to become the official television partner, adding more football to our robust programming line-up with a great package that includes two primetime games on CBS, as well as a full slate of regular-season spring football on CBS Sports Network,” says Sean McManus, Chairman, CBS Sports. “With Charlie Ebersol and Bill Polian at the helm we are confident that the product they will deliver will be entertaining, exciting, engaging and something that fans will really enjoy.

The Alliance will feature eight teams with 50-player rosters, built primarily through regionally based allocation in the fall. Players will be available in markets near where they played in the NFL or college. The eight Alliance cities and their respective coaches will be announced in their local markets over the next 12 weeks.

Fans will be able to stream Alliance matchups live via the free Alliance app, in a first for professional football while also accessing integrated fantasy options with real rewards — for themselves and the players they are cheering on.

“Players have our commitment that we will seek the highest degree of safety and our support as we continue to invest in their success off the field with post-football career scholarships and financial wellness programs,” Ebersol adds. “With the expertise of Bill Polian and a leadership team of respected former All-Pro players and executives, we are committed to putting the best football product possible on the field every weekend, ensuring that 2018 will be the final year fans have to experience a six-month period without football.”

With a lineup of key investors that includes Founders Fund, Slow Ventures, The Chernin Group, Adrian Fenty and Charles King’s M Ventures, Keith Rabois and former All-Pro Jared Allen, The Alliance will bring a new business model to the forefront of professional sports.

“There is a significant amount of football talent looking to begin or extend their professional careers. The Alliance will provide those players with a new opportunity to compete at a high level,” says Polian, co-founder of The Alliance of American Football. “Our players and fans are the lifeblood of The Alliance, and we will treat them as such. We will give players an opportunity to flourish on the field while establishing plans to support their personal and professional growth, health, safety and financial well-being,” Polian says. “This is our commitment to them and will result in an exciting pro football product on the field that fans across the nation and in our markets can rally around.”

The Alliance will introduce several rule changes designed to enhance excitement, increase the safety and accelerate the pace and tempo of games, while maintaining the integrity of the sport:

Player Safety: Eliminating kickoffs and allowing the offense to start on the 25 yard line and in place of the onside kick, the trailing team will receive the ball on their own 35 yard line facing fourth down and 10.

Fan Experience: Instituting a shorter play clock and fewer commercial breaks in the interest of shortening the total time of game and eliminating the extra point requiring two-point conversions after every touchdown

Fans will be able to stream Alliance matchups live via the free Alliance app and family pricing will result in a more affordable in-stadium experience and for the first time in American professional sports history, fans will have the option to play interactive fantasy with real rewards while they watch.

According to the launch announcement, the Alliance will invest in each and every player on the field through a commitment to provide state-of-the-art equipment, rules and medical/training procedures and will provide ample opportunities for personal and professional growth off the field, including having independent organizations will implement and monitor strict head safety protocols innovative bonus structures based on wins, statistical milestones and fan engagement and post-football scholarships for postsecondary education for every year played in The Alliance.

“I was fortunate to live my dream of playing professional football for 12 years and I am eager to use my experience to help shape The Alliance in a way that will create the best possible environment for players,” said Alliance investor Allen. “As a former player, The Alliance’s emphasis on player well-being on and off the field is something I’m proud to be a part of. Beyond that, as a fan of the sport, I’m looking forward to having football in the spring. The Alliance will provide unique opportunities to players who are still pursuing their dream, looking for a second chance to showcase their talents or aiming to extend their careers.”