When the San Jose Earthquakes kicked off their fourth season this weekend at Avaya Stadium, fans in attendance were treated to an immersive, mobile-first gameday experience that rivals anything else in sports.

Powered by cloud technology that can quickly scale to support the needs of the 18,000 fans who regularly fill Avaya Stadium, the Quakes’ refreshed mobile app is loaded with new in-app features and integrations that will enhance fan engagement all season long—before, after and during each game. 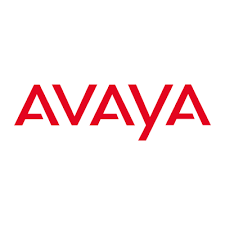 Enabling a 100% digital ticketing process, a new Ticketmaster SDK integration will allow for easier ticket management, shorter lines and the easy transfer of tickets between family and friends. And, thanks to integration with Major League Soccer (MLS), fans can use the mobile app to view up-to-the-minute starting lineups, team schedules and real-time scores and statistics.

Leveraging its expertise and experience in technology that connects and shapes experiences, Avaya is helping drive digital transformation in the world of sports and entertainment. Taking an innovative approach to fan engagement that starts with a mobile-first mindset and a communications feature set, Avaya’s platform enables arenas and stadiums around the world to create a custom mobile fan experience aligned to their own identity and brand standards.

Creating an engaging fan experience helps sport franchises such as the Quakes translate engagement into higher revenue by driving increases in ticket sales, corporate sponsorships and even stadium rentals. After selling out 47 of 48 games over the past three seasons, the Quakes’ investment in the fan experience has clearly paid off. To help deal with steady demand for tickets, the Quakes’ sales and customer service teams rely on Avaya Aura and other private cloud services to provide the tools and insights they need to resolve calls faster and enhance customer interactions.

“Our partnership with Avaya has allowed us to create a mobile-first fan experience that is second to none. We’re proud that Avaya Stadium has become one of the premier sporting venues for fan engagement and innovation,” says Jared Shawlee, COO, San Jose Earthquakes