With return of TeamCasts on TNT and truTV joining main telecast on TBS, resources expand

In Year 8 of the March Madness partnership between CBS Sports and Turner Sports, operations at the Final Four are running more smoothly than ever. Camera resources have been advanced, IP infrastructures are at full tilt, and in-compound (and nationwide) file-sharing networks have talent from across the country contributing to the overall production of this year’s championship. 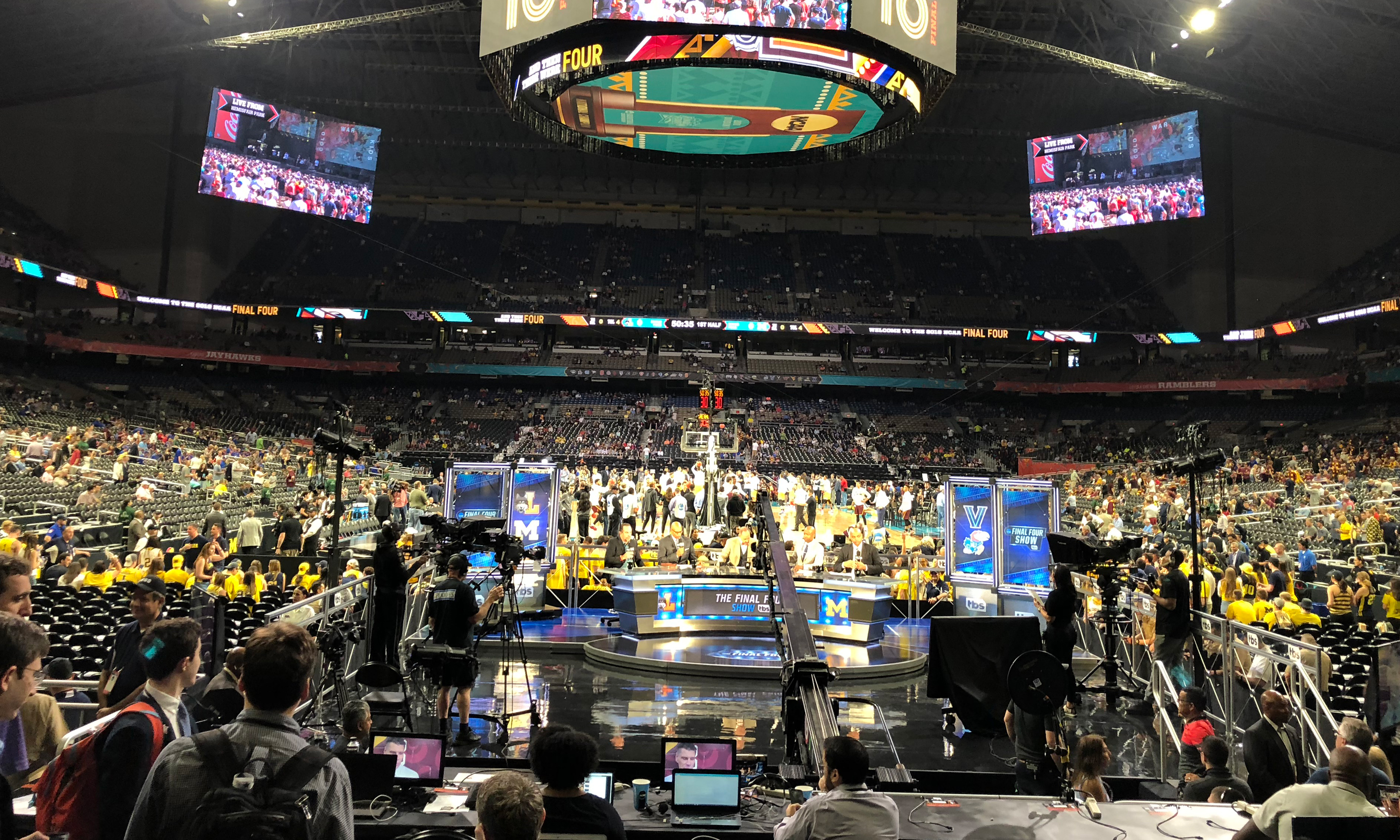 An onsite set in the fan section of the south end of the Alamodome anchored Turner Sports’ pre/postgame and halftime coverage at the 2018 NCAA Men’s Final Four.

Here in San Antonio at the Alamodome, the most notable change comes in the form of a major presence from Game Creek Video. Five mobile units, four of which are supporting the main game production in some capacity, anchor the compound. The new 79, which debuted just six weeks ago, serves as host to the main production on TBS, with director Bob Fishman and producer Mark Wolff at the front bench.

79 is Game Creek’s (and one of the industry’s) most advanced IP trucks to date and is helping take this event’s IP backbone to new heights.

“The whole IP routing infrastructure [of 79] is exciting,” says Chris Brown, director, technical operations, Turner Sports. “It changes the workflow a little bit, not drastically. It also makes things like distribution easier. So it’s a great addition to what we have been doing.” 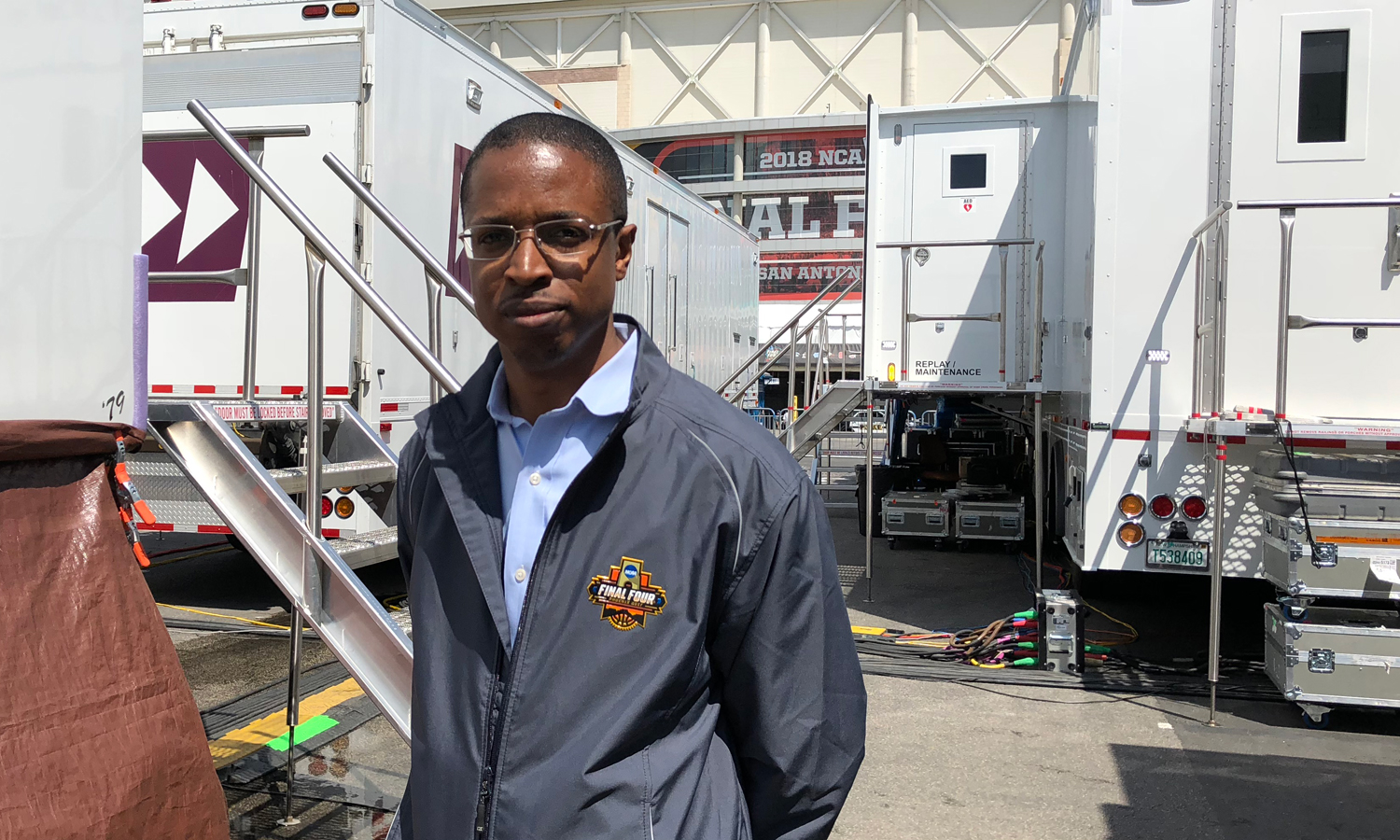 According to Brown, the refreshed IP backbone has helped both expand the compound’s capabilities and reduce its footprint (although the compound here is still impressive). What may have taken four or five trucks in previous years is down to three. NEP also has a robust collection of mobile units onsite, supporting both the TeamCasts and other needs. Chromium is home to TBS’s pre/postgame and halftime onsite studio coverage.

CBS and Turner have again deployed an IP-based asset-sharing EVS network. Connectivity between the compound and broadcast centers in New York City and Atlanta allows more editors to churn out content for everything from the telecast to social and digital platforms. There are also additional facilities being used at CNN’s Los Angeles facility. Content being cut there was being dropped across the public internet as early as hours before opening tip.

Inside the Alamodome are 50+ cameras (59 total if you count the five at Turner’s special set on San Antonio’s iconic River Walk) covering action for the main game, supplementing the TeamCasts (which are back), and shooting the onsite studio set positioned at the south end of the arena. 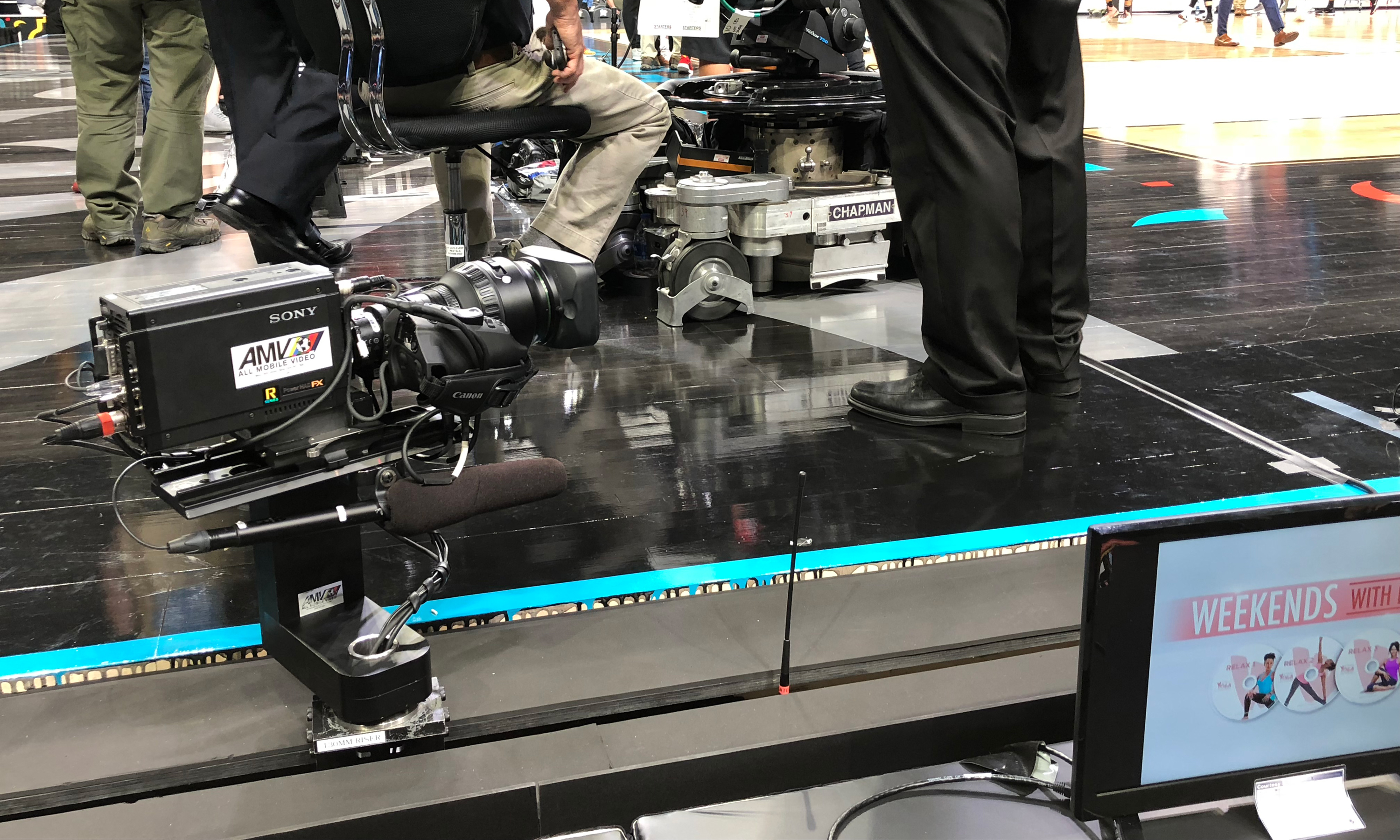 The popular Rail Cam has established itself as one of the most useful and captivating camera angles in the entire Turner/CBS arsenal.

Back in the mix are Skycam Wildcat, a collection of Sony HDC-4300 high-speed cameras, Bexel’s Clarity 800 camera (which, for the second year, is positioned at the base of the basket stanchions), and the popular Rail Cam system, which has become a popular shot of choice for Fishman and Wolff since its implementation in 2015. 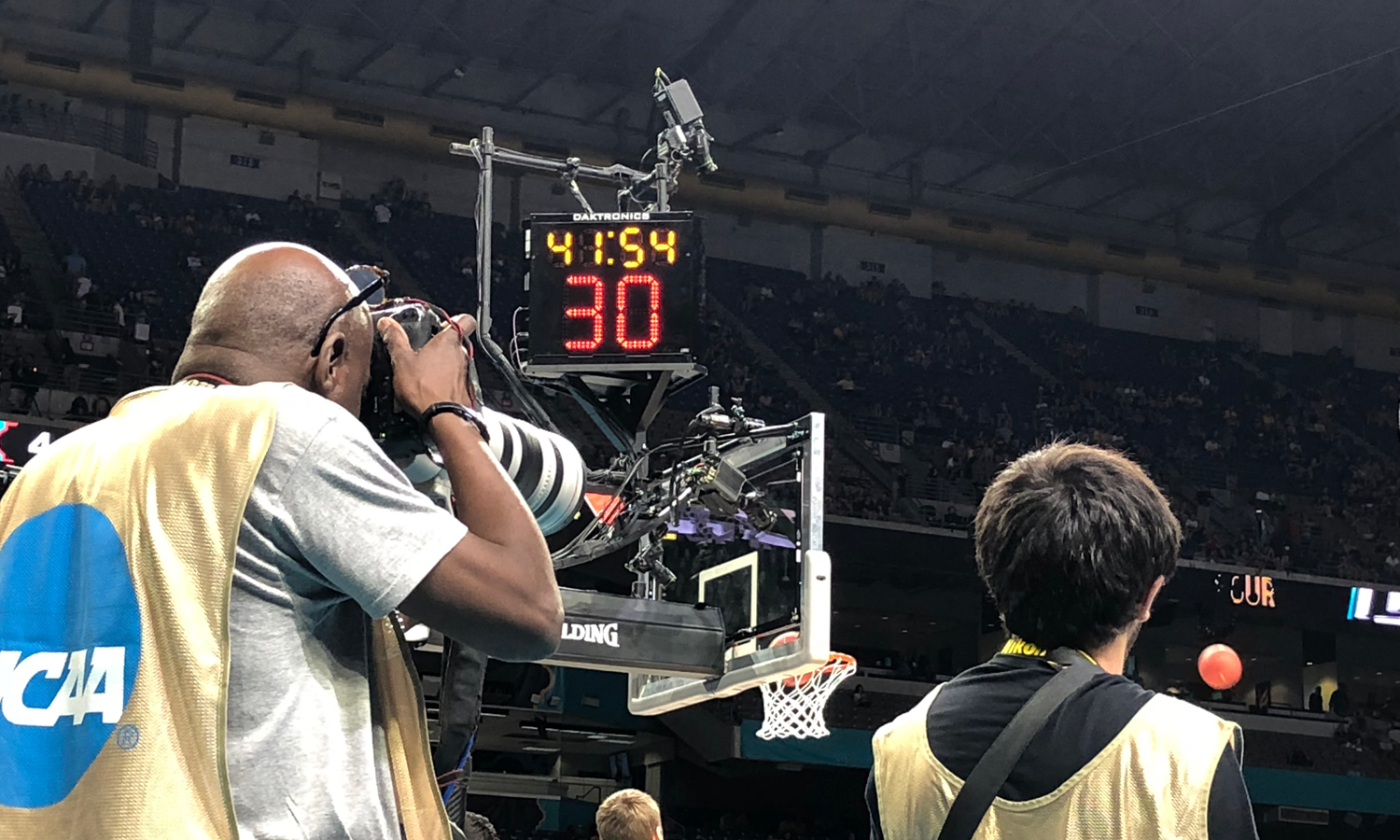 Robotic 4K cameras affixed to the top of each backboard have been upgraded with Canon CJ12x4.3B lenses.

“The Rail Cam, right now at the Final Four, is just as important a camera as any other of our primary coverage cameras,” says Brown. “Continually bringing it back every year is really exciting.”

The move to Game Creek Video trucks supporting the main game broadcast has also delivered a shot in the arm on the lens front. Canon is out in full force with two CJ12x4.3B lenses on the robotics affixed atop each backboard. There’s a Canon HJ15x8.5B KRSE-V image-stabilized HD lens on the Rail Cam, and a pair of pedestal cams boast DIGISUPER 95 Super Telephotos. These are covered up with protective materials for player safety.

Among newcomers to the production, Janis Murray is running the main game camera, taking over for George Graffeo, who had manned the position for 30+ years. Wendell Stephens is also capping his first NCAA Tournament as CBS Sports’ A1.