The last time the Kansas Jayhawks were in the Final Four, it was in 2012. Six years may not seem like a long time, but it’s light-years in the world of video production and distribution.

Want some perspective on just how much things have changed for Rock Chalk Video, Kansas Athletics’ in-house video-production arm, at an event like this? In 2012, the team’s chief role was to capture footage to build internal materials and for historical archive. Behind-the-scenes footage at the Final Four was seen by maybe 200 people at a special dinner for university boosters at the end of the academic year. This week, a video of the team celebrating their dramatic victory over Duke in the Elite Eight to qualify for the Final Four was seen by more than 624,000 people on Facebook and Twitter alone.

“It’s amazing,” says Douglas Shepperd, associate director, video services, Kansas Athletics. “Now all these people are able to see this stuff. There are so many moments that are so powerful that so few people were seeing. Now we’re getting out in front of everyone, and we’re doing it super quick when it’s still very relevant.”

It's been an emotional ride but we wouldn't change a thing. This is family. #KUbball pic.twitter.com/LwSn9xFrW3

The team at Rock Chalk Video, which was founded in 1999 by current director Mike Lickert, has long been the brains behind Kansas’ in-venue videoboard shows, but, at an event like this, its role and demands shift dramatically. There’s a much greater focus on acquiring compelling behind-the-scenes content, exciting player footage, and insider access that fans of the Jayhawks have never enjoyed on a stage like this.

.@Devonte_Graham4 wants to do it for the #KUbball family. pic.twitter.com/JJi4vkS00b

“It’s really hard to get back [to a Final Four],” notes Shepperd. “We’re very fortunate and blessed to work at a school where we’re working with a big-time program year in and year out, but getting here seems like it’s going to happen, and often it doesn’t.” 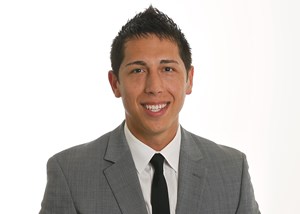 Here in San Antonio, the crew is shooting primarily with a Sony A7S and a Sony FS7 customized for some slow-motion shots. The FS7 is outfitted with an AbelCine HDX35 Mark III B4 optical adapter that pairs with a big B4 lens. It offers smoother functionality that the Rock Chalk Video team likes, providing a fast servo zoom as the camera shoots at 180 fps. A few of the team’s cameras are coupled with Sony 55mm lenses, and a Ronan Gimbal is being used by one of the shooters at events like Friday’s open practice.

Rock Chalk Video is also working in close collaboration with a few key members of Kansas’s communications team. Rachel Pincus, Brad Gilbert, and Chris Thiessen receive the video content and handle the crafting and posting of all the posts to various social-media channels and the program’s website.

Events like a Final Four can certainly spur team videographers to go above and beyond in collection of content, but Shepperd recommends that other schools fortunate enough to be in this position grab as much content as they can get but not introduce too many new wrinkles.

“Always try to capture the moment,” he advises. “Whatever access you can get, take it, but the last thing that you want to do is be a distraction to the team. If you’ve never been in the coaches meeting room, don’t just show up and say, “I need to get this because we’re at the Final Four.’ That’s going to make all of the players and coaches uncomfortable. So don’t take the moment for granted and don’t just change your game plan. Everyone in your department has a routine.”