When it comes to mega events like the Final Four, it’s common for a broadcaster to roll the dice. That’s what BTN did when it secured its scenic location on San Antonio’s iconic River Walk way back in January. 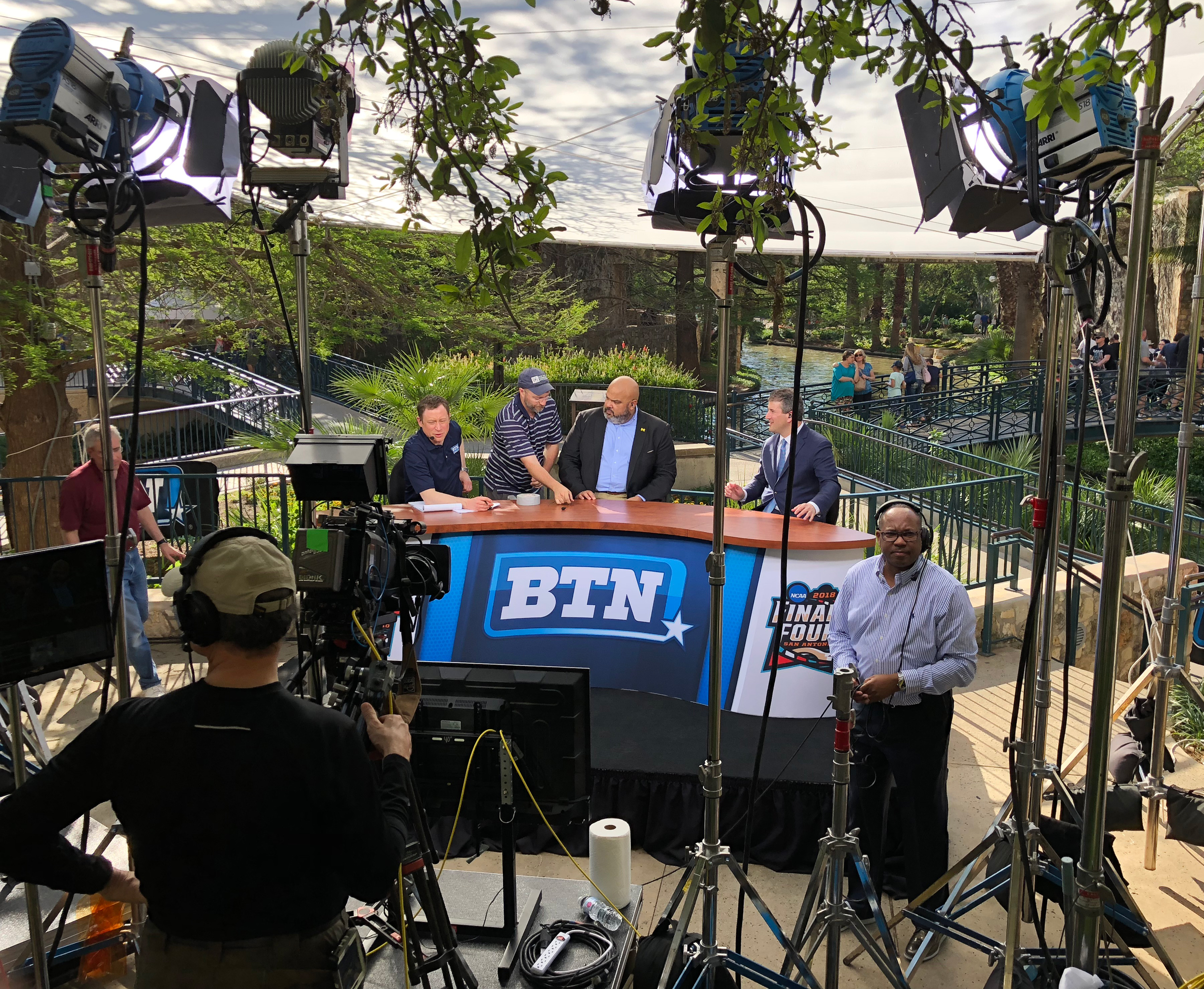 BTN is shooting loads of segments and interviews surrounding Michigan’s presence in the Final Four from a studio set positioned on San Antonio’s popular River Walk.

“Our goal is to show that you can still create a whole lot of content even if we’re not right next to the Alamodome,” explains Mark Hulsey, SVP, production/executive producer, BTN. “This is one of the big advantages of a network like BTN: we can provide this extended coverage. This is what makes us so valuable. We have the time and the resources. This is who we are. We live for moments like this.”

BTN has set up a simple onsite studio at its River Walk location and is using its at-home production model to put it all together. The three cameras on the set are being fed to an at-home control room in BTN’s Chicago headquarters, where the producer and director are cutting the live-to-tape segments, rolling in B-roll, and overlaying graphics.

All the required feeds, in this case, are being sent to Chicago via satellite. Typically, on a Big Ten campus, the network is able to leverage a fiber network. BTN rented a majority of the gear it’s using onsite, including the satellite-uplink truck from Chicago-based Meinhardt Productions.

In addition, the BTN social-media team is out in full force, scouring the city for Michigan fans and exciting events with the goal of providing an experience for Wolverines back home — and around the country — who couldn’t be in San Antonio this weekend.

“All of us here today are very lucky,” says Hulsey. “This is not an inexpensive venture to get down here. Our goal is to make you feel like you are here. For every Michigan alum who, for whatever the reason, isn’t able to make the trip, hopefully, the content we’re creating here will make them feel like they did make the trip to San Antonio.”

As a non-rightsholder for the event, BTN does need to be careful, because there are many restrictions on where