Canon took the wraps off its lens introductions for NAB 2018, including a UHD-DIGISUPER 66X box lens, a second tier of UHD portable zoom lenses, and the UHDgc line, designed to be a solid fit for 2/3-in. UHD lower-cost cameras that increasingly deliver UHD images.

“With 4K cameras at a remarkably low cost, we wanted a second tier in 2/3-in. UHD portable lenses and similar to what we did when we launched the HDgc line of HD lenses [during that transition],” explains Larry Thorpe, senior fellow, ITCG Professional Engineering and Solutions Business Planning Division, Canon U.S.A. 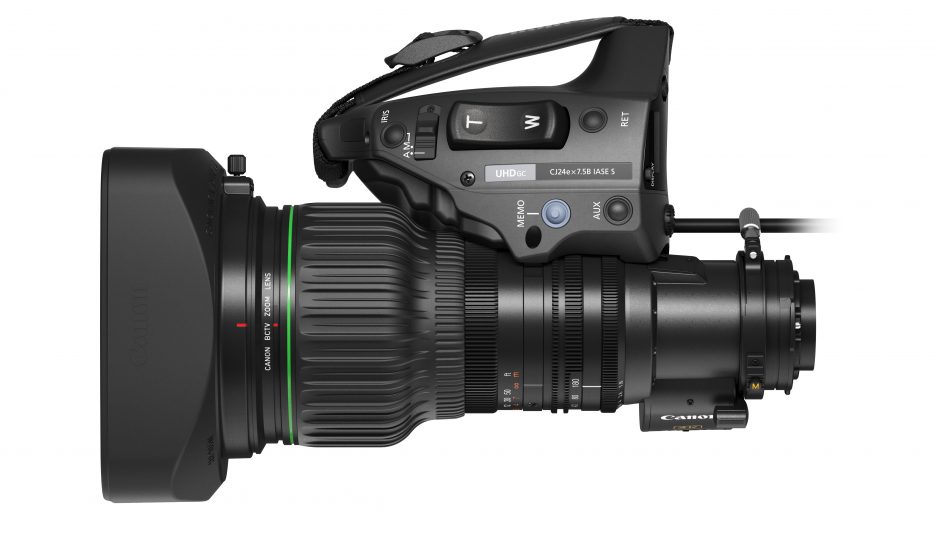 Three new portable lenses from Canon give a new more affordable price point for those looking to enter the UHD-production market.

The new portable zoom broadcast lenses — the CJ24ex7.5B, CJ18ex7.6B, and CJ14ex4.3B — provide 4K/UHD imaging quality at a price point that Canon says is more accessible by the majority of the broadcast market. In addition, compact and lightweight design is intended to meet a wide range of needs for video productions, including documentaries, sports, and news coverage.

“There is still a lot of discussion within the broadcast industry and a lot of head-scratching about the march to UHD and when UHD will start,” says Thorpe. “And, [given] the uncertainty of the transition, the concern is costs.”

The CJ24ex7.5B, CJ18ex7.6B, and CJ14ex4.3B are based on Canon’s proprietary optical technology, deploying such materials as fluorite and ultra-low-dispersion (UD) glass to achieve high 4K/UHD performance across the entire zoom range. The lenses also support the wide color gamut approved by the ITU-R BT.2020 UHD broadcasting standard, an essential feature for capturing images in HDR. The lens ergonomics and digital servo operational controls are similar to previously announced Canon portable zoom lenses, providing users with maximum mobility in a variety of shooting situations. The CJ24ex7.5B and CJ14ex4.3B 4K lenses are scheduled to be available this summer; the CJ18ex7.6B lens, in the fall.

“As 4K/UHD origination becomes more popular in television news, the need for affordable lenses that can deliver the necessary imaging performance has grown,” notes Yuichi Ishizuka, president/COO, Canon U.S.A. “The new UHDgc series of lenses provides the optical brilliance that makes Canon a leader in broadcast lenses, while at a budgetary level that will make them attainable to a large swath of the industry.” 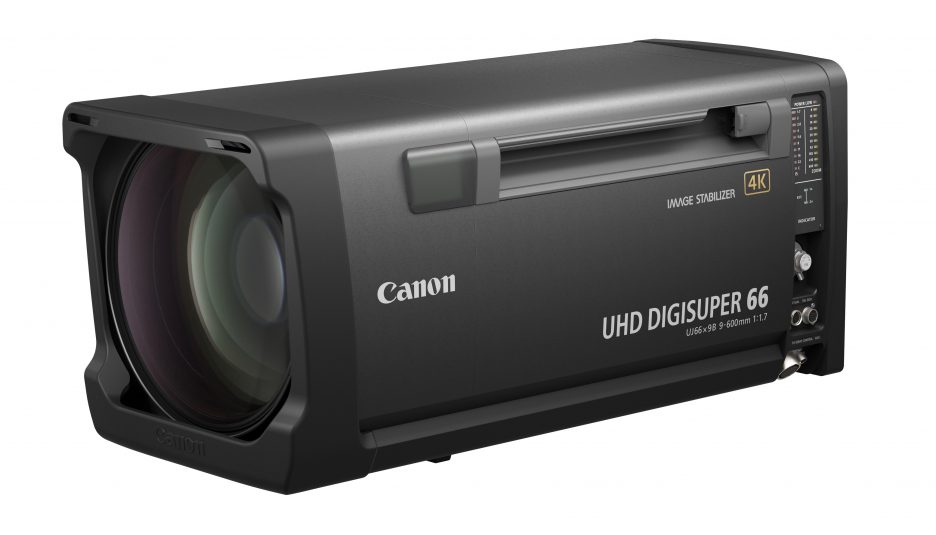