The 2018 NCAA Men’s Basketball Tournament will be looked on as a coming-of-age for the team at Intel’s True VR. VR coverage of March Madness jumped from four games in 2017 to 21 this year, and the company rolled out its new 53-ft. production truck, Sapphire. 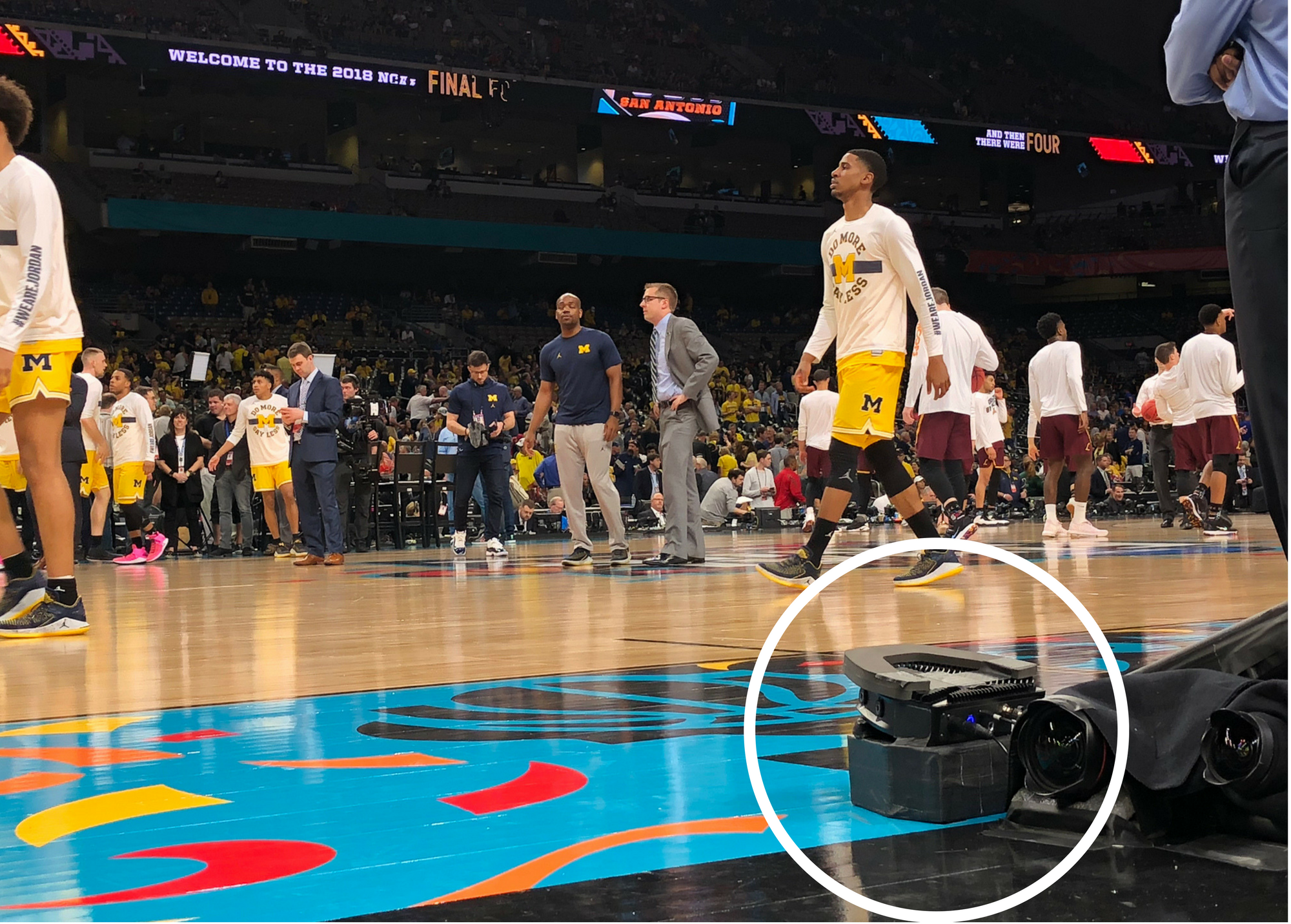 There were 12 camera rigs deployed throughout the Alamodome to produce the Intel True VR experience in the NCAA March Madness Live VR app. One of the rigs (circled) was a six-lens rig, which is smaller than the traditional 12-camera rig.

This was one of the more robust events that Intel has pulled off in VR. Anyone who has followed Intel True VR’s growth is familiar with its 12-lens camera rig. A few of those rigs were deployed in San Antonio’s Alamodome, but the company also rolled out a few of its smaller, six-lensed rigs to bolster this production.

The VR show grew with each weekend of the tournament. During the first two rounds, six rigs were deployed, the number typically used for the NBA regular season. For the Sweet 16 and Elite Eight, Intel boosted the rig count to eight. For the Final Four, there were a whopping 12 rigs.

Each rig was fed to the truck to its own dedicated server (which, in classic Intel fashion, was prominently located at the center of the mobile unit). There, the cameras were stitched together and colored.

Each live VR show had an embedded scorebug and, at times, would even provide a picture-in-picture look at the announce team, which called the game from a suite in the back of Sapphire. 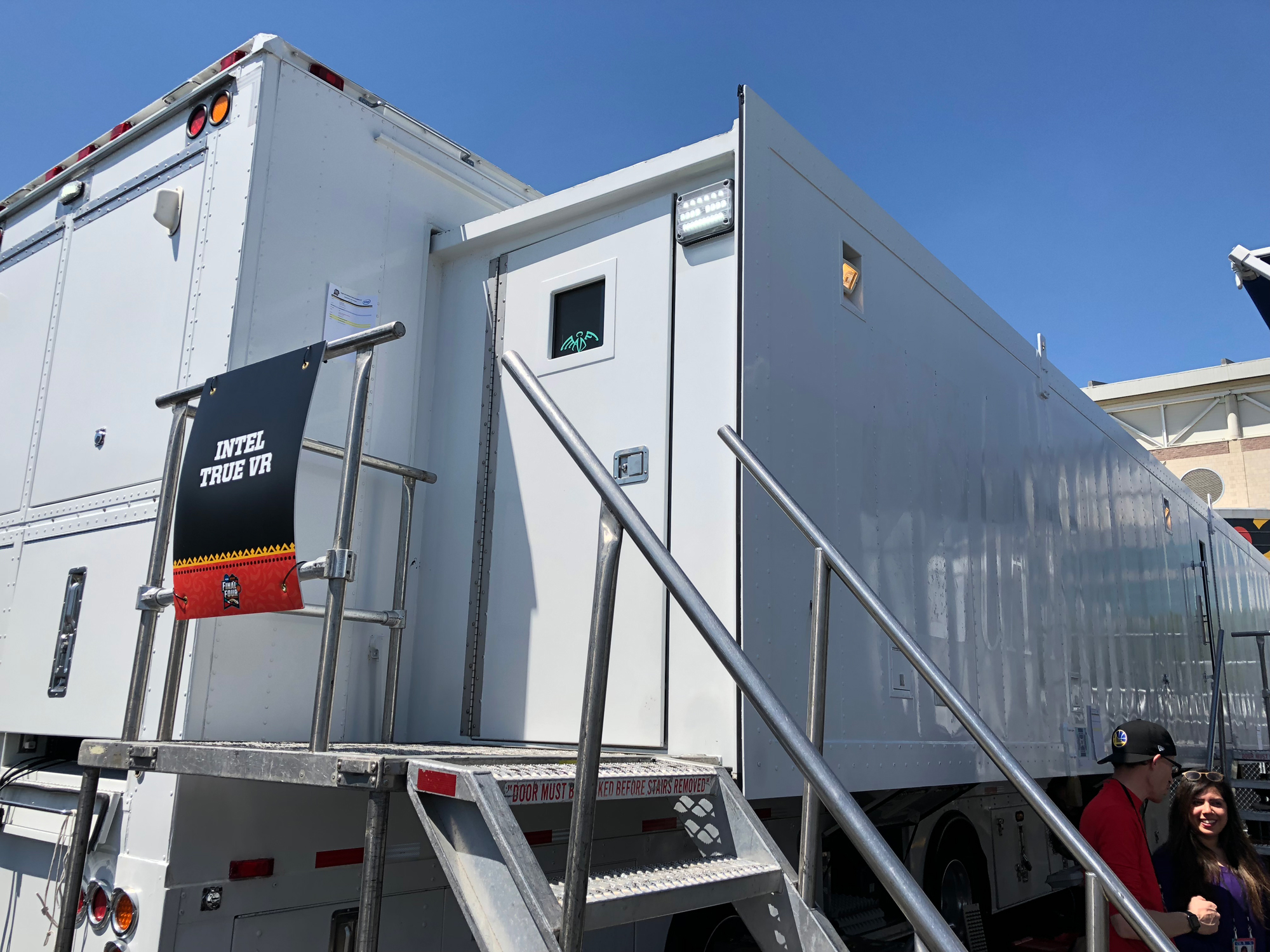 “Talent is used to sitting on the sideline, but we don’t want them calling the game as they see it on the court,” says Nadia Banks, experience manager, Intel Sports. “We want them to see it from what the cameras are seeing. They feel part of the same experience as the viewer.”

Inside the truck on the front bench were producer Bobby Hayden, director Russ Lathrop, and Coordinating Producer Rusty West, one of the chief creative minds behind the Intel True VR experience.

The show was largely created by production and operations talent who have lengthy experience in traditional broadcasting. According to Banks, Sapphire was built on the model of a traditional mobile unit to make that environment feel familiar to them.

The NCAA March Madness Live VR experience was available in the Oculus and Google Play stores and featured live coverage of games, 360-degree replay content, a full interactive bracket, and highlights of all games, even including those that didn’t receive the VR treatment.