ESPN made history on Tuesday, delivering the first live 4K sports event to audiences in Latin America. The broadcast of the first leg of a home-and-away UEFA Champions League semifinal between Liverpool and Roma was distributed on DirecTV Channel 4000 in Argentina and Peru. 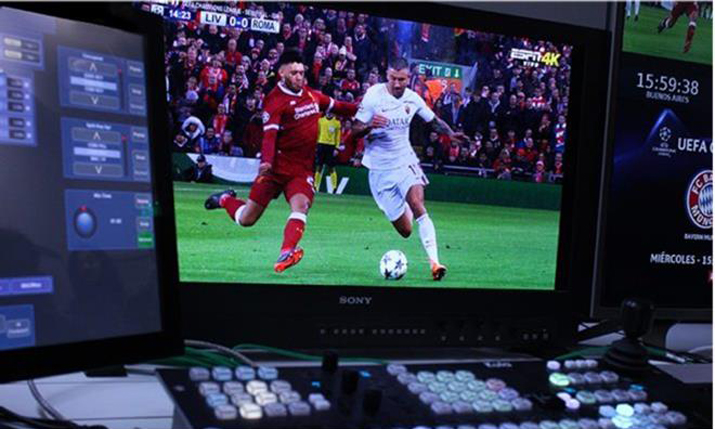 The network plans to also air its live coverage of the UEFA Champions League Final in 4K on Saturday, May 26.

“We are proud to be the first to showcase a sporting event in 4K in the region,” said Guillermo Tabanera, SVP/GM, ESPN Media Networks in Latin America, in an official release. “Our mission is to offer the best viewing experience for fans with the highest-quality content on any available screen. Our inaugural 4K broadcast achieves that.”

This is the latest in a series of innovations that ESPN has brought to Latin American audiences. The sports-media giant also delivered the first OTT sports platform in the region (ESPN Play), the first sports network in HD, the first live event in 3D, and the first authenticated linear platform.