By Ken Kerschbaumer, Editorial Director
Thursday, May 3, 2018 - 4:01 am
Print This Story | Subscribe

The Sports Video Group held its first event in Australia this week at the Telstra Customer Insight Centre in Sydney. More than 230 sports-industry professionals gathered for an afternoon of panel discussions and presentations on the future of the sports-media industry from a technical and production perspective. 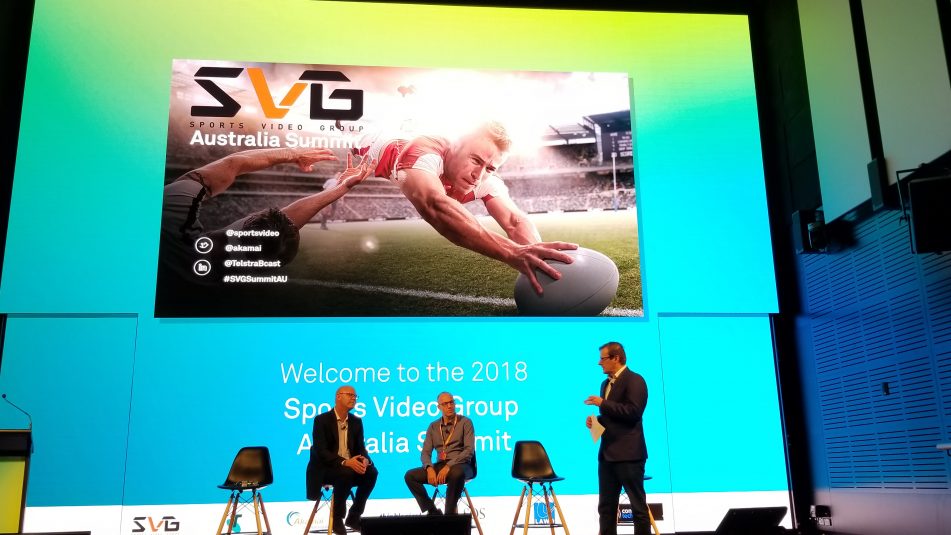 The event kicked off with a conversation between Marc Segar, NEP Australia, director of technical services, and Ken Kerschbaumer, SVG, co-executive director, editorial services, on NEP’s launch of the Andrews Production Hub in Sydney and Melbourne, connection of the hub to Los Angeles for a test last week, and what the hub means to the future of the industry in Australia and beyond. 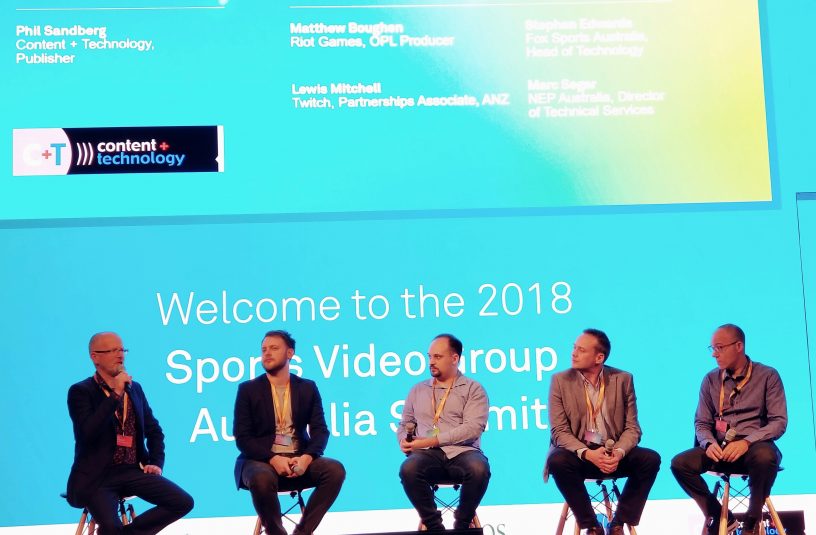 The growth of esports was a major theme of the day, beginning with the first panel discussion that looked at the future of sports broadcasting in Australia. Moderated by Phil Sandberg, publisher of Content + Technology magazine, it featured Matthew Boughen, Riot Games, OPL producer; Stephen Edwards, Fox Sports Australia, head of technology; Lewis Mitchell, Twitch, partnerships associate, ANZ; and Marc Segar, NEP Australia, director, technical services. The panelists examined how esports and traditional broadcasters can work together and learn from each other. Segar noted at the end that, a couple of years ago, a panel with representatives of esports and broadcast would have seemed inconceivable. 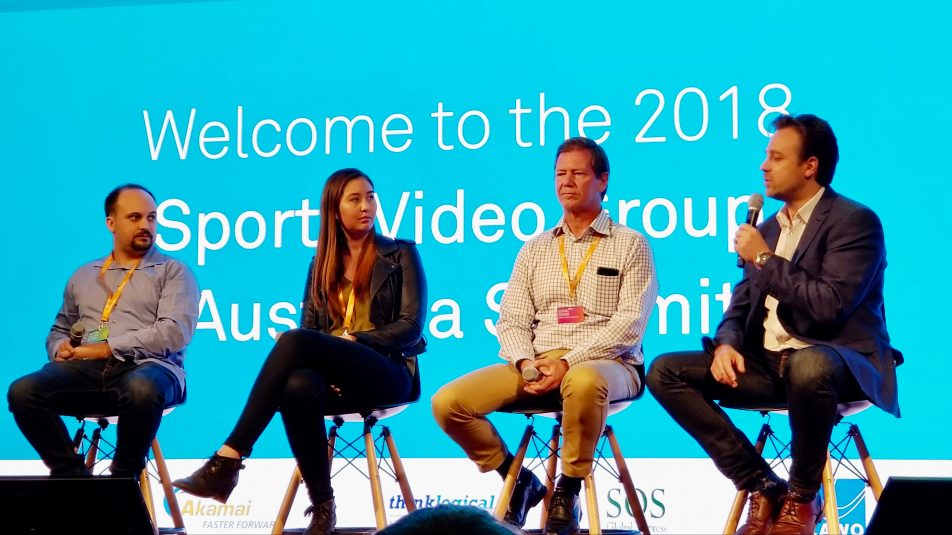 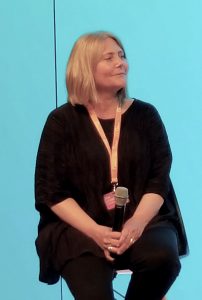 OTT moved to the fore when one of the panelists, Nathan Taylor, Optus, director of technology, stepped into the room with some breaking news: Optus had announced that it has not only secured the English Premier League rights through 2022 but is also opening its OTT platform to all, beginning later this month. The Optus Sports platform will be available for $14.99 on Google Play in late May, having previously been accessible only for Optus mobile and broadband customers. It is playable on all major smartphones, web browsers, Apple TV, and Chromecast. A major reason for the change is that Optus has exclusive rights for the FIFA World Cup this summer. 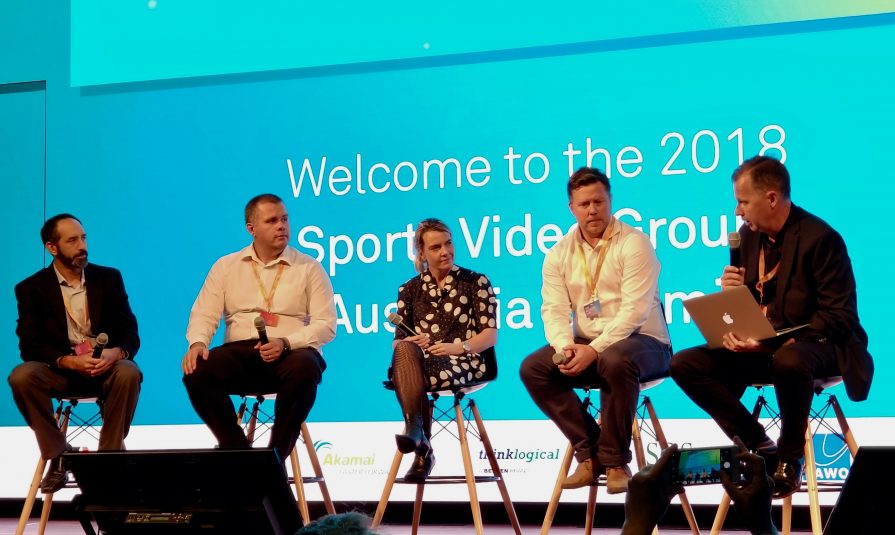 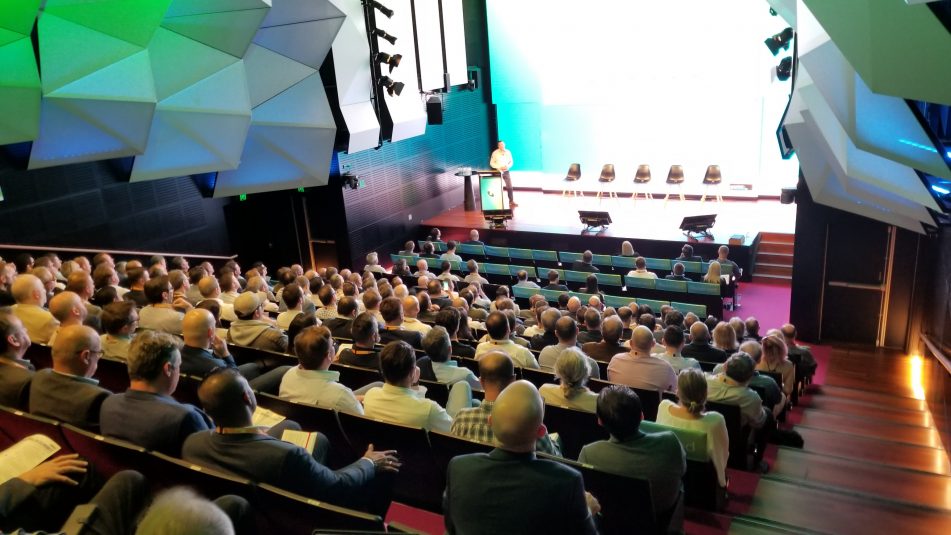 Lawo’s Philipp Hey explained how Eurosports put Lawo technology to use at the Winter Olympics. 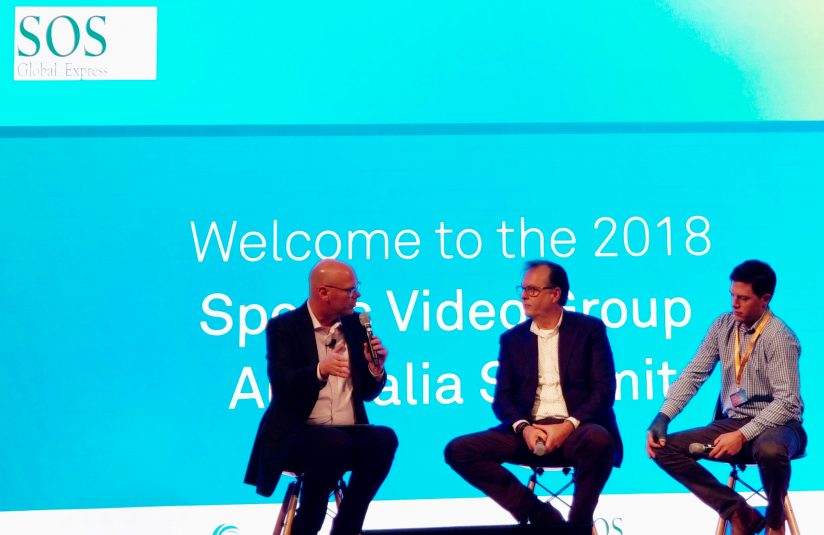 Another highlight was a panel discussion with Adrian Jenner, Gearhouse Broadcast, Head of Technology and Todd Procter, ‎Fox Sports, Head of Innovations and Outside Broadcast Special Events that took a look at the work Gearhouse did with Seven Network to do distributed production for the Australian Open in January as well as deeper insights into how Fox Sports will make use of the Andrews Hub. 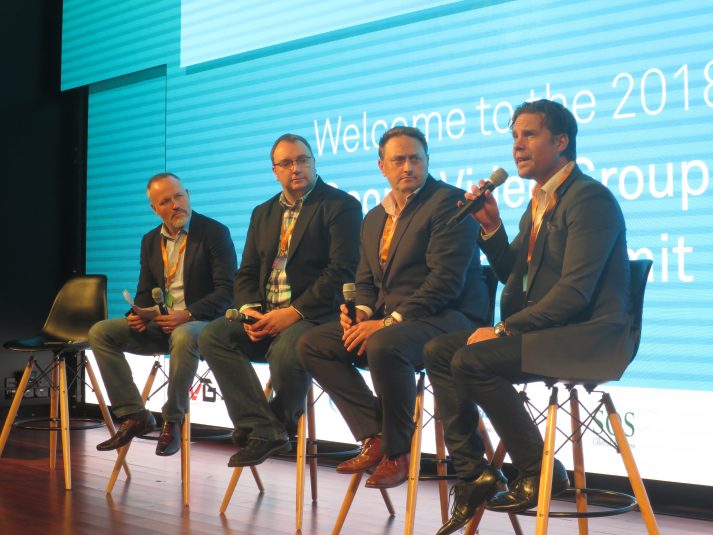 Look for in-depth reports on the panel discussions and presentations in the coming days.