Professional Bull Riders (PBR) has expanded its deal with CBS Sports – which has televised PBR on CBS and CBS Sports Network since 2012 – to broadcast marquee rodeo events and the PBR Global Cup as the primary distribution partner. The league will also offer fans new access to rodeo on RidePass, its new digital sports network. 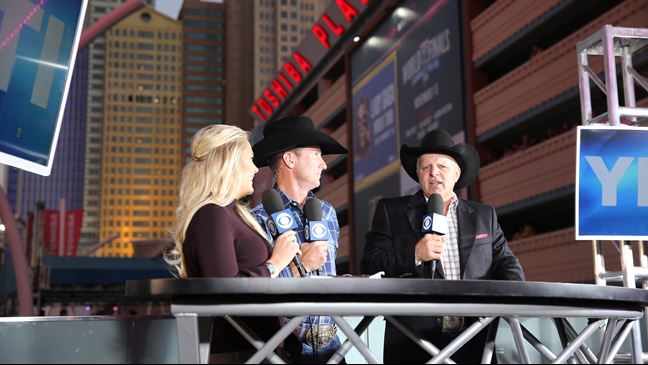 As part of the deal, CBS Sports will broadcast two hours of rodeo this summer (2018) on CBS, featuring final round broadcast coverage and the crowning of champions from the iconic Calgary Stampede on Saturday, July 21 and Days of ‘47 Cowboy Games & Rodeo from Salt Lake City on Saturday, July 28. This marks the first time Calgary Stampede and Days of ’47 have been broadcast in the U.S. on network television.

In addition, CBS will broadcast a combined four hours of the PBR Global Cup – the international PBR nation vs. nation competition – and premier rodeo content on CBS with final round broadcast coverage in both 2019 and 2020.

PBR’s rights agreements with western sports organizations will also increase coverage of rodeo on RidePass, a new digital sports network that launched in February. The full Calgary Stampede and Days of ‘47 Rodeo events will be covered live on RidePass. PBR will market, produce, and digitally broadcast two days of bull-riding (July 23-24) from Cheyenne Frontier Days, which will be covered exclusively on RidePass. With PBR representing the media rights for the INFR, RidePass will bring fans live coverage of the Indian National Finals Rodeo, October 23-27 from South Point Hotel & Casino, Las Vegas. In addition, PBR will develop original content to bring the rich stories of Native American rodeo culture to a global audience through RidePass. RidePass will cover the Texas State Finals championship rounds (June 16), National Junior High Finals (June 24-30), and National High School Finals (July 15-21), through its partnership with the NHSRA

“PBR’s roots run deep in rodeo, and we will continue to champion the western lifestyle on all fronts,” says Sean Gleason, CEO, PBR. “We’re thrilled to bring extensive media coverage of marquee events to rodeo fans, including prime-time network television this summer. We will leverage PBR’s and Endeavor’s award-winning production, storytelling acumen and representation expertise to greatly enhance the media exposure and mainstream engagement for these iconic events. Our goal is to grow all western sports and the western lifestyle back into the mainstream consciousness.”