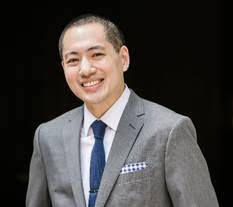 “We are pleased to have Randall join us from the National Football League after an 18-year career where he earned an exceptional reputation as a communications executive,” says Sabatelle. “Randall’s knowledge and understanding of the sports media business, his dedication and long-standing relationships with the media will be a valuable asset to our team and the entire CBS Sports division.”

Liu was most recently the NFL’s senior director of Football Communications where Liu oversaw the creation and execution of all on-field publicity for the League. He also served as the League office’s Communications contact for the 32 member clubs as well as an NFL spokesman for football-related inquiries. Additionally, Liu was responsible for media services and PR operations at key NFL events, including the Super Bowl, Conference Championship Games, NFL Draft, Scouting Combine and London Series games.

Liu, who grew up in Brooklyn, currently resides in New York City with his wife (Christine) and son (Harrison).