Over the past 40 years, Bill Eastham has helped grow broadcast education at Mt. San Antonio College, one of the largest single campus community college districts in California. Eastham has emphasized improving vocational training in remote television production in his current role as director of technical services, drawing from over 20 years of experience as a freelance broadcast and fiber engineer for prominent amusement parks, nationally televised award shows and political conventions. 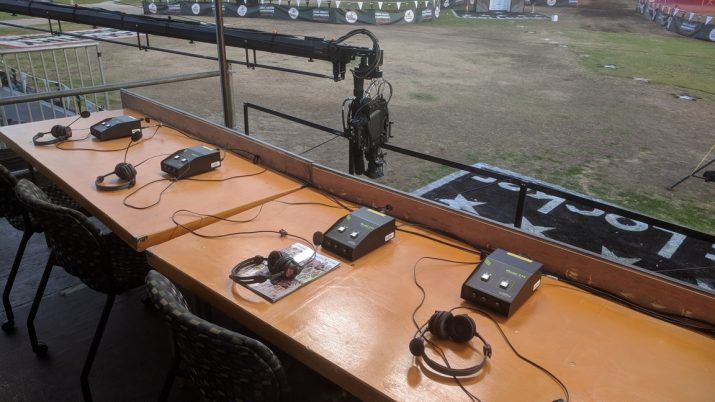 Mt. San Antonio’s remote production classes first utilized the analog Studio Technologies’ Model 230 Announcer’s Console and Model 41 IFB Interface unit. With the move to an all-digital environment, it was natural to transition to the Model 214, a tabletop unit designed to serve as the audio control center for announcers, commentators, and production personnel. The Model 214 integrates all on-air, talkback, and cue audio signal routing in one compact system that supports Ethernet transport using the Dante audio-over-Ethernet media networking technology.

“The Studio Technologies product line has always been well engineered and robust, and I suspect the Model 214 Announcer’s Consoles will be with us for a long time,” says Eastham. “Studio Technologies’ products are the best solution for many of the challenges we encounter in the broadcast industry, and I trust them to work as expected every time I deploy a system.”

The Model 214 is used for all the college’s student-produced sporting events, as well as for classroom instruction. Eastham says students benefit from the Model 214’s ease of deployment, while instructors appreciate the ability to hold impromptu hands-on class sessions due to the units’ quick, simple setup. With just a single Power over Ethernet (PoE) Ethernet connection, the Model 214 can be easily deployed and quickly become operational. Additionally, for easy customization, the Model 214 allows a variety of optional modules to be installed. 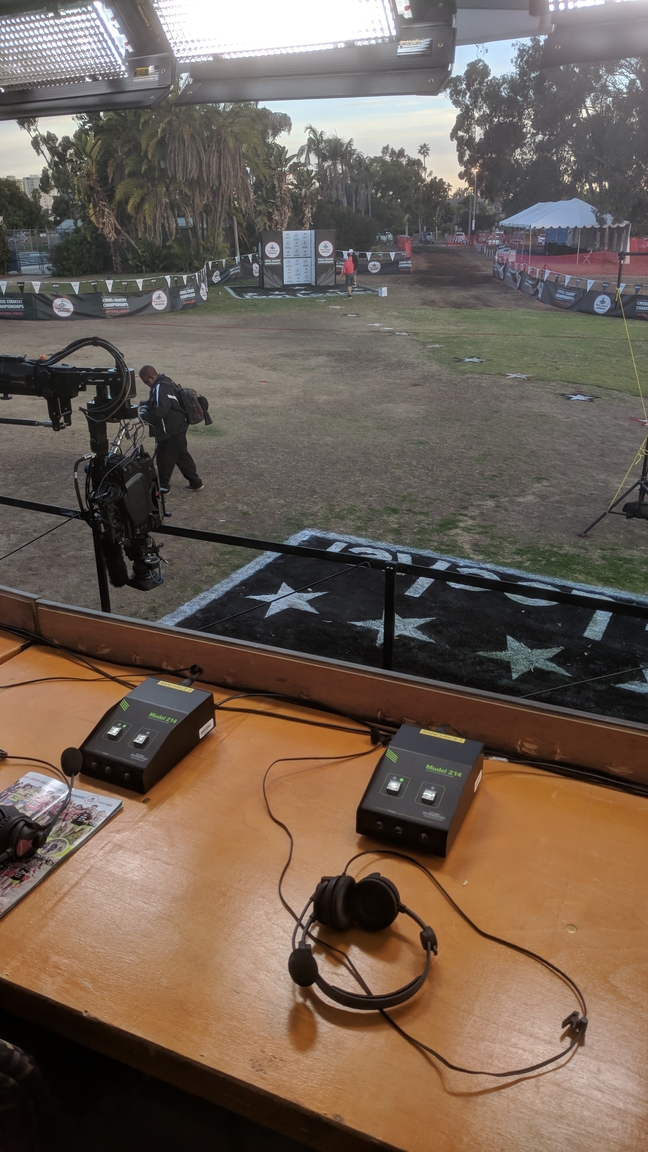 “The simplicity of achieving a fairly elaborate connection to our production environment with a single network connection has taken a lot of pressure off me during our student productions,” says Eastham. “I can throw out a fiber-attached PoE switch on the same tactical fiber that supports the announcer’s video monitors and have the announcer’s stations up and running in short order. The students also don’t have any problems deploying or using the products, which is great.”

Eastham also highlights the Model 214’s “hot mic” feature, which provides an “always active” un-switched microphone audio output channel. If a student forgets to unmute their mic while on-air during a sporting event, faculty can jump in and use the hot mic output. This helps to ensure audio continuity without the need for special routing, “multing” with additional cables, or depending on available patch points.

Studio Technologies’ STcontroller software application has also enhanced the college’s use of the Model 214 units by offering a quick and easy means of confirming and revising microphone input parameters. Faculty members can use the STcontroller software to remotely adjust the gain on each student’s Model 214 console during live sporting events.

Mt. San Antonio is in the process of building an all-new stadium for its football and track teams, which includes a proposed 64- by 36-foot LED display, which will serve as the scoreboard for the facility. Eastham plans on providing students with the opportunity to use the new stadium’s amenities to enhance the fan experience both for game attendees and broadcasts viewers. He hopes students will produce content for all the college’s home games, creating video for the LED display, streaming a live Webcast of the games, and providing play-by-play and color commentary using the Model 214 Announcer’s Consoles. As part of this expanded coverage, Eastham is looking to add more of Studio Technologies’ products to Mt. San Antonio’s production workflow, including the Model 43D Dante IFB Interface to support some of the college’s wireless IFB transmitters that are located around the field.