After a decade hosting an instruction program on the Golf Channel, Michael Breed has decided to reinvent golf instruction once again. Breed is partnering with Facebook to develop A New Breed of Golf, an interactive golf show airing on Mondays on Facebook Watch, beginning May 28. Fans can add it to their Watchlists by following the A New Breed of Golf show Page. 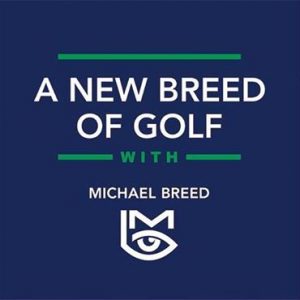 A New Breed of Golf is suited for Facebook Watch, a platform where video content, community, and conversation come together. The show engages the community of golf fans on Facebook by integrating content and conversation generated by viewers. Viewers can upload videos and takes in the show’s Facebook Group with the following hashtags for the chance to be featured in one of four segments:

#YouBet: Wagers are commonplace in golf — and Michael will help resolve golf course bets sent in by viewers. Bets garnering the most likes from the community will have the highest likelihood of being selected. Weekly winners will be celebrated on the following week’s show.

#NotMySwing: Every golfer has been faced with a golf dilemma — whether to play Pebble Beach or attend a family function. Viewers can send in their dilemmas and Michael will weigh in on the decision.

#TheGreatDebate: Michael will pose one of golf’s great debates (i.e. Jack or Tiger) and viewers will have the chance to submit a video stating their position. Select takes will be featured on the show.

The show extends beyond storytelling, as it will be shot inside a golf studio. Michael purchased a facility close to his home in Greenwich, CT to build this studio. Some features include:

Michael’s sponsors, including Titleist, FootJoy, Golf Pride, and Microsoft, are founding partners in helping Michael define the future of golf entertainment for both the 50 million golfers around the world as well as potential new audiences on Facebook Watch.