With more courts covered, Tennis Channel has expanded both televised and streamed offerings 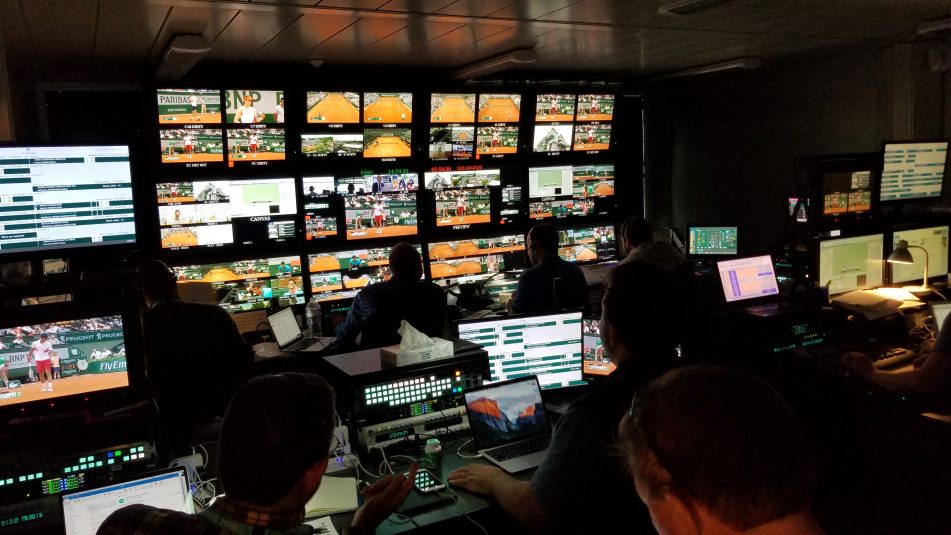 The Tennis Channel’s control room at the French Open was once again put together by VER.

“More is more,” says Whyley. “There are more courts available. so we’re taking more courts and putting it up on over the top.”

Tennis Channel has approximately 175 crew members onsite, working across the grounds as well as in a main production-control room, an asset-management area, six announce booths, and a main set on Place des Mousquetaires. The production facilities are provided by VER for the fifth year.

“They hit it out of the park this year,” Whyley says of VER’s efforts.

Centurylink is providing fiber transport to the U.S. via 10-Gbps circuits. Those circuits are carrying about 1 Gbps of data and video services, including 12 channels outbound and additional capacity used for file transfer to Culver City, CA, via Aspera. Viewers are receiving not only plenty of on-court coverage but also coverage of press conferences, iso cameras, and more as the Tennis Channel team looks to deliver a full experience.

“All of us are in the impressions business, and more is more,” adds Whyley. “It doesn’t matter if you’re young or old: you want choice, and so we’re giving more choice.”

Tennis Channel also has a pretty big social-media and digital presence onsite, and, with tennis.com and Tennis magazine now part of the same corporate family, the opportunity for content to extend out in new directions is better than ever.

“We are under the same group for content production, so we have a team that is popping stuff off for all of the digital platforms and apps you can think of,” says Whyley. “We’re content folks, and it doesn’t matter what platform it is: we’re platform-agnostic. And, yes, some platforms require things to look and feel a little bit different, but it is all coming from the same group.”

The production team also includes five announce teams to help call the action for matches both on TV and streamed. One challenge with the French Open vs. the other tennis majors is that the FFT announcers for the smaller courts call the action in French. That requires Tennis Channel to have its own commentators to provide English commentary for Tennis Channel Plus and DirecTV Mosaic services.

“When we started on Sunday, it was Day 147 [of the season] for us, and, for 138 of those, we have been doing live tennis in some form or another, whether from a remote location or our studios in Culver City,” says Whyley. “When we walk in here, we just continue to tell the story of tennis that has been going on since January.” 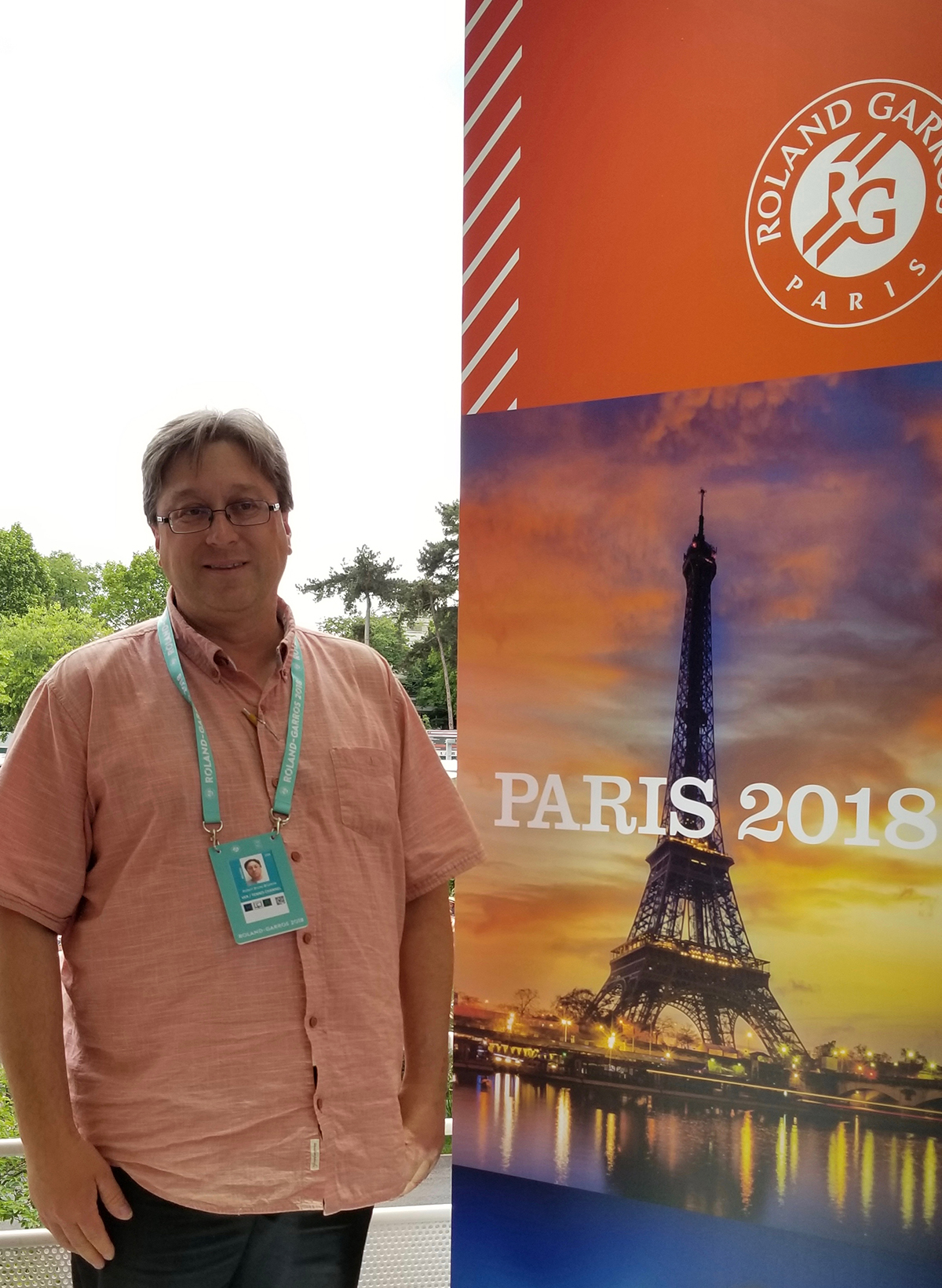 VER’s efforts have remained stable for five years: the technical approach has worked, and Tennis Channel is comfortable with it. VER provides two control rooms, with one used by Tennis Channel and the other by NBC. They feature identical layouts and similar gear, including Grass Valley Kayenne 5ME production switchers with 112 inputs and Calrec Artemis audio consoles with 64 faders.

According to VER Systems Designer Bruno Brunelle, 18 EVS replay operators are working on 14 EVS IPDirector systems tied to 13 EVS XT3 servers in the machine room. Fiber, he says, also plays a key role: all the booths and the studio are connected via fiber. VER also provides an RF camera and mic that can be used to roam the Roland Garros grounds and send images to the broadcast facility.

“We used to have 21 EVS servers,” he notes, “but, with the channel count and EVS SpotBoxes, we were able to get that down to 13.”

Tennis Channel is bucking the trend of cloud-based production workflows and still relies on EVS XFile for storage of archival content. Each XFile hard drive is fully logged, making it easy for production teams to find out which one has the content they need and to have that content ingested onto either a MediaGrid server with 132 TB of storage or a separate Avid Nexis server, which is connected to four Avid Media Composers. It’s EVS for ingest, Avid for postproduction, and Media Grid for nearline storage.

Jay Deutsche, system and workflow design, VER, maintains the MediaGrid server and says that EVS IPDirectors are used to shop around the network for content and also to continually send it to the editing team.

“All day long,” he says, “the team is loading drives, as the archive is here with us and it comes everywhere with the Tennis Channel. It’s a lot of drives, but it is a continual workflow, and it works as everyone gets in a rhythm.”

The system also gets heavy use: on Day 1 alone, six loggers created more than 5,000 log entries.