With the opening of the 2018 FIFA World Cup just days away, Fox Sports unveiled some of its specific plans on the digital side for its coverage of the tournament. Among the video highlights, a bevy of bonus feeds during live matches and an interactive Highlight Machine promise to make this World Cup as interactive as the event has ever been in the U.S. 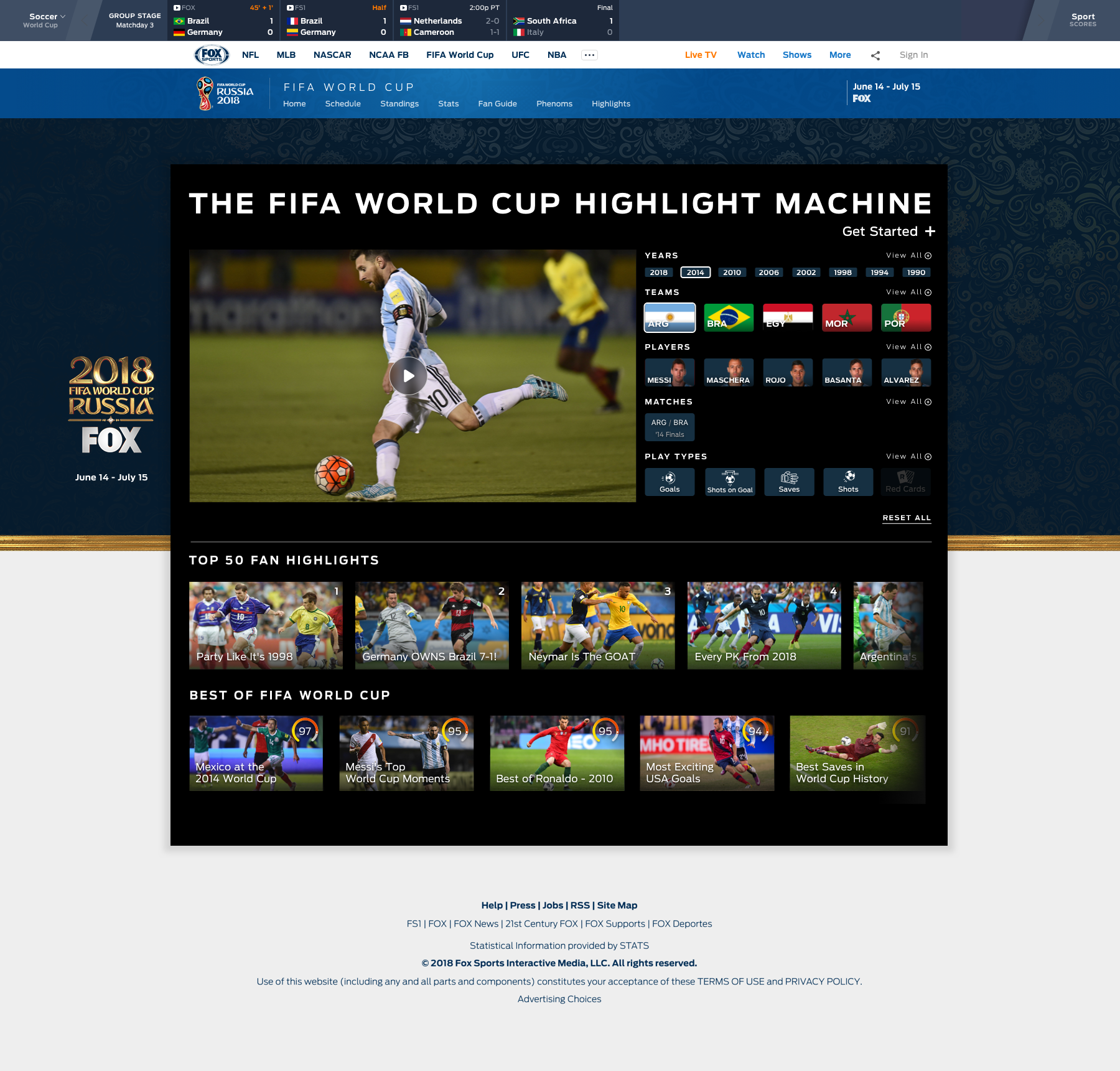 All 64 matches, naturally, will be live-streamed, with the online experience centering on a Match Center interface that features a landing place for bonus feeds (more on those below), commentary, highlights, stats, etc.

Fans should have a lot of fun with the new Highlight Machine, which will place real-time highlights and historic World Cup clips at the user’s fingertips for their own video clipping and sharing. According to Fox Sports, users can create their own highlight reel through cognitive highlight and AI technology. Fan-generated clips will be easily sharable to all major social-media platforms. The platform is developed in partnership with IBM and sponsored by adidas.

As for those live match bonus feeds, Fox is planning to offer team-specific channels, a behind-the-scenes peek at a match up to two hours prior to the match (called Match 360, it debuted on selected matches of the 2015 FIFA Women’s World Cup), plus isolated tactical (all-11) and Cable Cam angles.