However, recent dynamics are introducing some changes into these familiar formulas and how they’re being used. For instance, production-music providers report increased demand for music — especially custom tracks — to be played live inside stadiums and arenas, as sports venues ramp up their fan experiences to keep up with broadcast. 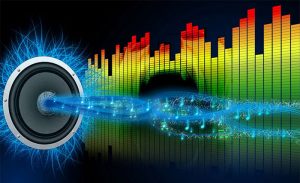 Stephen Arnold Music — whose production-music arm The Vault supplies ESPN, Altitude Sports, and Golf Channel — has developed a percussion track that allows MLS team FC Dallas’s drum line to perform with it live in the stadium, according to VP, Music Services, Whitney Arnold. Tracks the company provides for UFC and Top Rank Boxing are used for theatrical-type event openings as well as fighter–walk-on music and profile packages.

“It’s very much a show in the arena, just as it is on television, and the music has to reflect that,” he says. “Music helps set the tone.”

Peter Alexander, sales manager for production-music developer The Hollywood Edge — which offers the SFX and Westar Music, respectively, royalty-free and licensed brands — notes the 16th hole at the Waste Management Phoenix Open on the PGA Tour, which is known as golf’s biggest party. The hole, with a mini stadium seating up to 16,000 screaming fans, features the same kinds of musical walk-ons that hitters enjoy at some MLB parks.

He suggests that the same mentality is driving the increased use of sound effects and stingers — quick, staccato sounds like whooshes — that are part of the music beds. That has been happening both in the venue and on television, furthering an evolutionary process that has been in place for some time.

“When it comes to sound and music, the line between entertainment and sports is really blurring,” says Matthew Gutknecht, senior account director, sports entertainment at APM Music, which counts ESPN ad NBC Sports among its clients. The effects are also well-suited for online sports and clips on social media, where play action generally moves at a much faster pace, in which it’s harder to develop identifiable musical themes. “You generally have 15 seconds — or less, for a transition — to get an idea across,” he explains. “Sound design is the way to do that.”

If some sports music sounds a bit more like hit radio, it might be because more music artists are moving into production music as their recording revenues decline, given the shift away from CDs and toward streaming (which notoriously pays far less). That has been good for production music’s talent pool, says Belinda Robles, senior music director, Megatrax. “The quality of the music has been increasing because we have more good composers and recording artists in the mix,” a migration compelled by lower record-sales revenues.

And, although many of those artists prefer not to trumpet that shift in their career strategy and use pseudonyms for their library works, Megatrax President/CEO Ron Mendelsohn notes, “The stigma once attached to doing production music is fading.”

Sports’ migration to streaming (paralleling that of music distribution, coincidentally) through a broad array of networks and distribution portals is driving demand for more music while also challenging norms for sonic quality.

“There are more ways now to consume sports than ever before, and there are some very good productions being used for streaming on platforms like YouTube,” says Alexander. “But there’s also a vast range of sound quality, too. There’s a big difference between what you hear on HBO and on someone’s home webcast.”

The ubiquity of home studios and the broad availability of music and effects samples have contributed to the wide variance of sound quality, Alexander believes, as has the diversity of consumption platforms, which range from 60-in. flat-panel displays coupled with discrete surround-sound home-theater systems to the speaker of a smartphone.

UFC and other alternative sports are helping diversify the music genres used for sports shows live, on the air, and online. The basic genre trends are still largely predictable — such as rock for UFC, urban and trap for NBA, and country/rock for MLB — but these are often customized: for instance, a heavy-rock track with an Irish lilt for Conor McGregor’s UFC walk-on music. Arnold opines that this speaks to the need for diversity in catalogs.

How To Find It

The availability of more music options than ever creates its own problems: how to pick through mountains of music to find what you need. It’s an issue for all music consumers, underscored recently by Apple’s $400 million acquisition of music-identification portal Shazam.

All the major libraries have developed their own search functions, most based on keywords that, by nature, tend to be subjective and vague. As result, says APM’s Gutknecht, sports clients are relying on the libraries themselves for proactive curation: “They’ll tell us, My people don’t have time to listen to 60 or 80 albums’ worth of material; you send us what you think is best.”

The residual problem, however, is one Hollywood is very familiar with: “Everyone wants something that’s just theirs,” he says, “but not that different from everything else.”