Broadcasters are always on the hunt for tools that can give on-air talent a new way to interact with content, and now the Microsoft Surface Hub large-format touchscreen is getting into the act, thanks to Capticast SHARE. The new application available for Microsoft’s Surface Hub enables broadcasters to draw on the screen and also to control video speed, direction, and frame rate with a swipe or a tap. 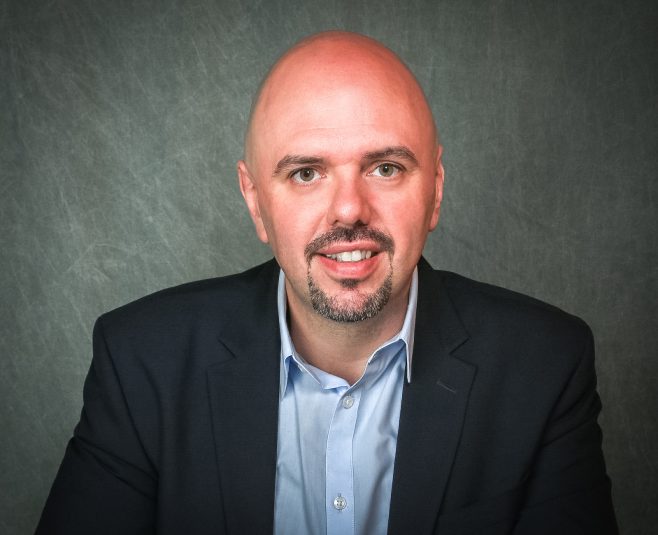 SVG caught up with Capticast SHARE founder David Borish to discuss the platform and how it merges with another Capticast system, neo 360, to enable broadcasters to change video speed, reverse direction, pause, and play frame by frame simply by touching the screen as viewers watch. A multimedia presentation solution developed by Teknikos allows images, videos and maps to be integrated into a single presentation for on-air delivery.

Broadcasters are always looking to give analysts a new way to interact with content. and, in recent years, touchscreen technologies have continued to play a larger and larger role. Capticast Share is right in that sweet spot. Can you explain and also lay out some of the advantages to competing systems?

The main advantage of SHARE is our touchscreen video-control technology neo 360, which allows the broadcaster to fully control the speed, direction and frame and well as annotate directly on screen with just a swipe or tap.

From the producer standpoint, is it a web-based tool that allows collaboration in terms of gathering assets? Or does it require storage on a local PC?
It can be both a web-based tool or used locally to gather assets. We launched with Microsoft Azure and will be rolling out with other cloud services in the near future.

What is the workflow from a production standpoint? For example, a live event is going on, and there is a produced signal. How does that signal integrate with neo 360, and what is needed in terms of personnel/operators and actual equipment?
The current workflow for news is the following; the production team inserts all of the assets, including any online media and videos, onto the backend of SHARE, which is run on Windows. On-air, the talent simply touches the screen to proceed to each slide; once at the video slide, they can use the swipe controls to control the video or the pen to annotate. For live sports [production], the video clip comes off the camera and gets dropped into a folder — [a process that] can also be automated — which processes the video and automatically uploads it to the large screen for on-air use, using the same touchscreen controls for the video. The only other equipment that is needed is a large-format touchscreen with pen-touch capability for annotations.

It also has integration with another Capticast product, the neo 360 platform. For those unfamiliar with it, what exactly is it and what does it bring to both consumers and analysts?
Capticast’s neo 360 is a proprietary video-processing technology that takes any video codec and allows full control of that video on any touchscreen device using the neo 360 player. The neo 360 technology initially launched last year as a mobile product, and we joined with Teknikos early this year to launch SHARE for large-format touchscreens.

There are two versions of neo 360: Air and Pro. What is the difference between them?
The difference between Air and Pro is just the ability to screen capture and share the content between the desktop and mobile. Air and Pro are not necessarily used for broadcast; SHARE is the product specifically used for broadcast and has the Pro version of neo 360 included in it. The use case is, when a news outlet receives a security video of a crime, they typically cannot do anything but play it, but with us, they can screen-capture the video, have it run through the neo 360 processor, and then can fully control it and annotate it on-air.

The demo app has downloadable content. Do you see this being used for both postgame highlights and live coverage?
We have a patent pending on the live version of neo 360 and have begun building it. Our first launch partner for that product will be Wowza, and it will be launching later this year.